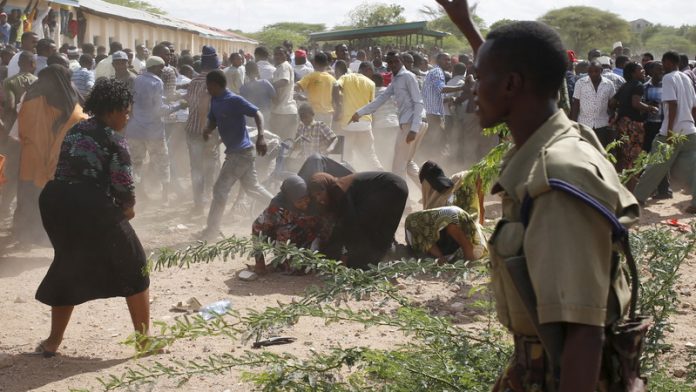 Kenya has suspended the licences of 13 Somali remittance companies following the massacre at a Kenyan university last week, Somalia’s central bank governor said on Wednesday, and Kenyan media have reported that dozens of bank accounts had been frozen.

Top of the list issued in an official government gazette notice was alleged al-Shebab commander Mohamed Mohamud, said to be the mastermind behind the university attack.

The killing of 148 students in Garissa, about 200km from the Somali border, has piled pressure on Kenyan President Uhuru Kenyatta to deal with the Islamists who have killed more than 400 people in the country in the past two years.

Kenya’s biggest-selling Daily Nation newspaper said on Wednesday that the government had “frozen the accounts of 85 individuals and entities suspected to be financing terrorism in the country”, including Somali money transfer companies.

The owner of one Somali money transfer company said the Kenyan government had not suspended remittance companies’ bank accounts but that the CBK had instead revoked their licences.

“Last night we simply received a notice, without discussion and without informing us [beforehand],” said the owner. “This is not the way to fight terrorists.”

Kenyan Foreign Minister Amina Mohamed said on Tuesday that the East African nation was seeking additional foreign intelligence and security help after the Garissa massacre, the deadliest attack in Kenya since al-Qaeda bombed the United States embassy in 1998, killing more than 200 people. – Reuters