Mugabe arrives in SA for first state visit in 21 years 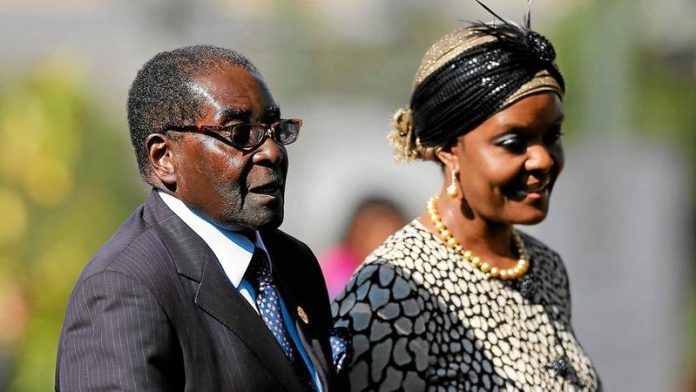 Zimbabwean President Robert Mugabe and his wife Grace stepped off Air Zimbabwe flight AZW001 at Air Force Base Waterkloof at 17.10pm. They emerged from the covered staircase leading from the plane, holding hands.

Seven-year-old Miso Magenu, wearing a white dress and purple jersey, had been waiting patiently at the foot of the stairs. She clasped a bunch of Proteas and red roses which she handed to the Mugabes as they set foot on the red carpet, which had been hastily unrolled from a luggage trolley and brushed minutes earlier.

International Relations and Co-operation Minister Maite Nkoana-Mashabane and Telecommunications Minister Siyabonga Cwele were among the officials there to greet the Mugabes.

There was much kissing of cheeks, smiling, shaking of hands, and nodding of heads as the Mugabes were led through a guard of honour to a black BMW.

Mugabe, in a grey suit, lowered himself slowly into his seat. Grace Mugabe, in a dress with blue trim, skipped around the car to the other side, got in and disappeared behind the tinted bulletproof glass. They were driven off in a convey of about 17 Mercedes-Benzes and BMWs.

Nkoana-Mashabane told reporters that the two-day visit with the head of South Africa’s third biggest trading partner was intended to strengthen trade ties.

“The focus is largely on the consolidation of our bilateral ties, political and economic,” she said.

Business delegations from the two countries would meet to “remove all blockages from trade and economic relations”. – News24.com