We must show that we defeated apartheid 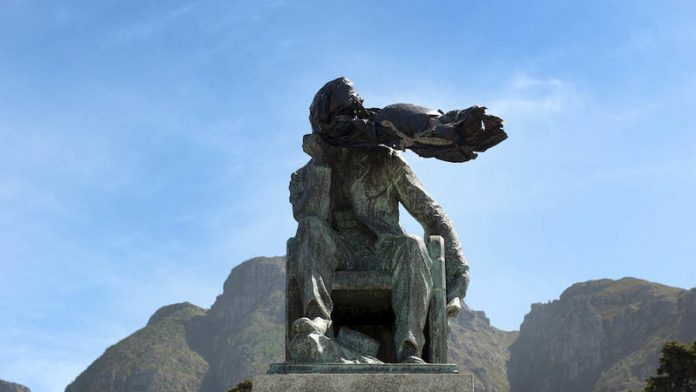 Symbols are important. They represent something, that’s why we have them. When someone says a symbol means nothing, they’re just fooling themselves.

We can look as far back as the Egyptians who built pyramids to show how their dead pharaohs were seen as gods. Those were powerful symbols. Or the image of Moses, as the Bible tells us, coming down from Mount Sinai after he had been given the 10 Commandments, one of which said: “Thou shall have no other gods before me.” And what did Moses find once he got there? The Israelites he had led from the shackles of the Pharaoh worshipping a golden calf. They were doing exactly what the stone tablet said they must not do.

Moses was furious. He smashed the tablet God had given him into pieces. (One doesn’t help but wonder why God didn’t give him a tablet that couldn’t break. After all, he is God, isn’t he? Maybe it was his way of saying rules are meant to be broken. Do forgive me, I digress.)

Moses was furious to see them worshipping another symbol as opposed to the invisible one whose instructions they were supposed to follow. He had stayed on the mountain for 40 days and nights. When their leader wouldn’t come back, they decided to create a symbol that would represent something for them. He had 3 000 people killed for worshipping the golden calf.

We have symbols, which represent unity of purpose, that show and represent that for which we stand.

Nazi Germany used the swastika to show what they stood for and soon the whole world recognised it. Yes, it is up to us to decide what those symbols represent. Once people have been told what the symbol represents and they hold on to those symbols, they have a powerful ability to evoke profound and strong emotions.

We manufacture a meaning around symbols that demands real feelings. People may intellectualise it by reducing those people who have strong feelings about the Rhodes statue as being irrational, but we can’t deny what symbols are able to do.

Christianity has the cross, the crescent and the star have come to represent Islam while the Star of David represents Judaism. That is how powerful symbols are. Religions have them. That’s why they are important to brands, too. A symbol is more than a symbol.

It is for this reason that I have, in the past, written that the names of the towns of Grahamstown and Cradock must fall.

Removing the symbol is not denying nor destroying history in Cecil Rhodes’s case. History books are littered with his name. Taking down his statue does not take away from anything he has done. There are no statues in Germany that I know of celebrating Adolf Hitler, yet we know what he did.

We do not need to constantly walk past symbols that seek to demean us. They evoke a feeling.

When the white schools were opened to black people, I was one of the first ones to go. There were extremely few of us then. For assembly, we always had to have our hymnbooks. As I wrote in my latest book (shameless plug), To Quote Myself, about my experience of what my reaction to an apartheid symbol did to me: “I was being assaulted three times a week during assembly by having to hear Die Stem van Suid-Afrika, South Africa’s national anthem during apartheid. If anyone had a right to be offended, it was me.”

“In fact, a while earlier, I had decided that I would not sing the apartheid national anthem whenever the school had to sing it. We were always forced to stand at attention and be respectful, but the song offended me to the very core. It reminded me that I was still not free, even though I was going to school with white children now.

“The song was in all our hymnbooks and I couldn’t ditch the hymnbook. I couldn’t even tear the page out. I decided to cut a blank, unlined piece of paper, stick superglue on it and cover the offensive page in my hymnbook.

“During assembly, we stood in smart, neat rows in the school hall and whenever the anthem was sung, I refused to stand at attention or sing. I’d put my hands in my pockets and shift my weight and look around, refusing to show the song any respect. It felt to me that if I did sing it, I would be paying homage to my own oppression.

“There were a few times I had to go to detention when a prefect saw me, but most prefects just gave me a stern look. I think some of them understood why I did not want to be part of something that was not only crumbling but also unjust. Maybe they had also resigned themselves to the inevitable or they were tired of enforcing something they, too, did not believe in. Maybe they also hoped for a different life to the one their parents had had.”

When do we stop with taking down symbols we don’t like? I don’t know. But we need to go through this as a country. The victors must write and create a visible statement that they are in fact the victors. We defeated apartheid. We must show that we did defeat it.