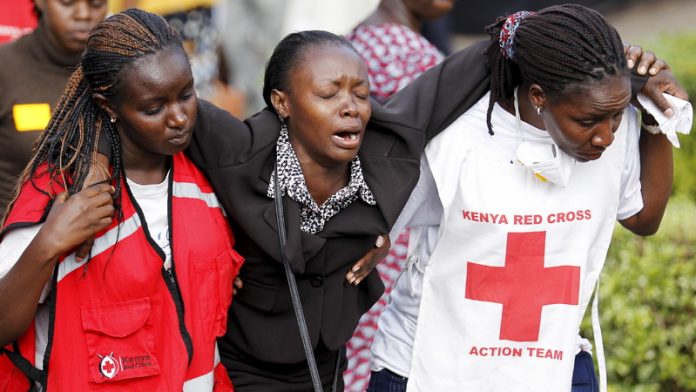 In South Africa today, university students are leading something of a cultural revolution. In Tunisia and Egypt, students led revolts against oppressive governments. Throughout the history of tertiary education, students have been at the head of, or symbolised, change and growth and development, radical or otherwise – as they should. What they should never be is the lifeless symbols of a savage ideology that seeks to capture through terror what it cannot gain through reason and persuasion.

Had al-Shabab sought to mobilise peacefully at Garissa University College in Kenya, we would have faced some uncomfortable questions about freedom of speech and where propaganda ends and radicalisation begins. Instead, it has made things brutally simple, proving beyond any doubt that it has no meaningful politics but only an agenda of death and destruction. In this it echoes Boko Haram, its counterpart on the western side of the continent, and they add up to a terror threat the continent has to deal with urgently.

The Garissa massacre, for which al-Shabab claimed responsibility, left at least 148 students dead, families in mourning, a nation in shock, and questions about an inadequate security response. But it also brought terrible clarity: al-Shabab deserves no quarter. No justification can redeem acts such as this massacre. Such clarity is a boon at a time when it can be hard to sort freedom fighters from terrorists, and when the roots of conflict are often obscure. The Garissa outrage had an immediate response: Kenya launched airstrikes on al-Shabab bases in Somali territory, and there was not so much as a murmur of dissent from the rest of our often fractious continent.

Africa does not have a sterling record when it comes to peacekeeping. In this country, we usually want a national-interest justification before we accept the deployment of our military north of the Limpopo. Other African countries are also often reluctant to send fighters into troubled zones; the African Union has slow response times and is often tangled in internal battles between different interest blocs, hobbling its ability to come up with a strong, unified response to conflicts in the continent. Mutual suspicions often impede communication and co-operation: Francophone Africa is suspicious of Anglophone Africa, and Africa north of the Sahara can feel like a different continent entirely from sub-Sarahan Africa.

Perhaps, in a single bloody day, al-Shabab gave us a clear vision of an enemy that could unite us. That enemy is mindless terror perpetrated against innocent civilians. And perhaps such unity will last long enough for us to prevent, rather than mourn, the next Garissa.