It’s not cool for artists to be poor 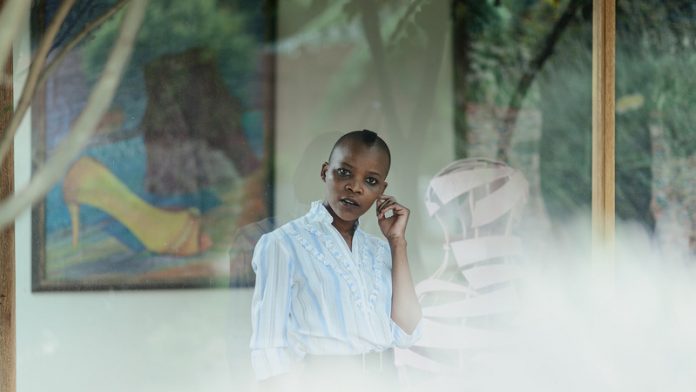 In a world of stereotypes, “creative” is shorthand for flaky, bohemian, irresponsible. It’s as if, by virtue of their careers, artistic individuals have been given leave to ignore their bank accounts as they engage in “loftier” pursuits. But gallery owner Hlengiwe Vilakati is determined to prove that creativity and financial literacy can, and should, walk hand in hand.

Vilakati’s platform for spreading awareness is her FinArt Creative Leadership Forum, launching on April 29. She says she’s been aware of the need for such a vehicle for a long time: working as project manager for youth development at the Johannesburg Art Fair between 2009 and 2011, her portfolio included managing and curating young artists.

Now, as owner of the Jo Anke Art Gallery in Orange Grove, her focus is the same – and she’s discovered that the difficulties facing young artists trying to establish themselves have remained relatively unchanged. “They grapple with the importance of investing their earnings back into their career,” she explains.

Romantic notions of what it means to be an artist have done little to drive this message home. Think of Van Gogh, shivering away in an attic decades before collectors clamoured to spend their millions, or the Beatles singing to almost empty clubs in Berlin – and we all know what happened to them. In a world where, as Lorde sings, “But everybody’s like Cristal, Maybach, diamonds on your timepiece”, poverty no longer seems something worthy to suffer through in the name of art.

But then again, says Vilakati, creative people still frequently view the attainment of material possessions as secondary to their art. More importantly, the education available to them does little to change their thinking. “At most institutions, financial literacy simply isn’t seen as a necessity for creatives.”

Creativity moves people forward
In contrast, she believes that the one depends on the other.

“I believe that creativity moves people forward, and helps us see eye to eye. We’re advertisers, designers, singers, actors, artists. We want to do great things in the world and for the world. But there’s no way we can achieve these aims unless we are able to sustain ourselves. Art is no longer simply about making a point. We have to be able to stand for ourselves into the future.”

Findings from a 2010 survey conducted by the department of arts and culture bear her out: only one in four artists is able to devote 25% of their time to professional output. What’s more, 57% of artists have experienced periods during the past five years where they have been unable to earn money.

Vilakati also believes that if creative people are to collaborate with other industries, and gain their respect, they need to demonstrate a degree of “financial sassiness”.

Enter FinArt Creative Leadership Forum, which Vilakati envisaged as a tool to get artists thinking about the implications of being self-employed; not just in the larger sense, such as how to secure funding for projects, but down into details including how to complete a tax return.

Look to our current heroes
Her enthusiasm for the project is shared by First National Bank and the South African Revenue Service, with the former’s Eunice Sibiya, head of consumer education, and the latter’s Florence Maine taking part in a panel that will lead workshops on topics ranging from how to start saving, getting out of debt and tracking deductible expenses.

Vilakati says that although there are still creative people who believe money will entrap them and hamper their process, there are others who look to current heroes – say, local singer Danny K – and are ready to do what it takes to emulate their success. Many of the people who have, thus far, signed up for the course are students from institutions such as the University of Johannesburg and the Market Photo Workshop.

She’s delighted that a young audience has mobilised around the initiative. In many ways, this uptake reflects her gallery’s aims, which is to ensure that young, modern artists are able to live a comfortable, productive life.

She’d also like to see more companies come on board as sponsors – and, if they’re not able to support the first forum, she’s hoping they will assume a more active role in the development of young artists through initiatives such as mentorship programmes.

What is she hoping people will take away from their experience at the forum? “That they should engage themselves as much as they can,” Vilakati answers. “South Africa has one of the most robust creative industries in Africa. If we’re to see it grow and move forward, it must be built on a pillar of financial literacy.”

The first FinArt Creative Leadership Forum takes place on April 29 at the Spark Gallery at 5A Pine Street, Orchards. For more information or to register visit joankegallery.wix.com/joankegallery; email [email protected] or call 011?640?0065. Attendance is free

Jo Anke Gallery: This is the house that art builds