No sound or fury as Mac Maharaj bows out 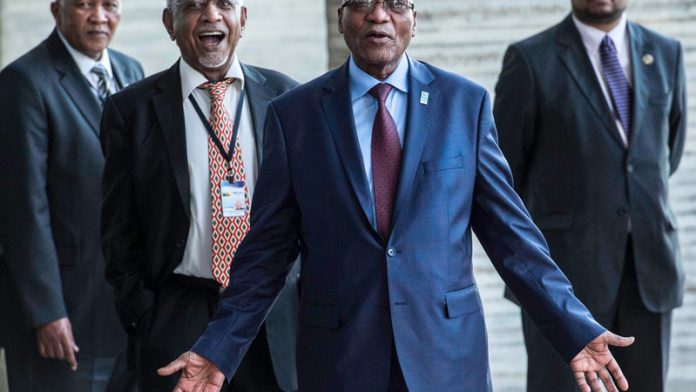 When Mac Maharaj’s retirement as spokesperson for President Jacob Zuma was announced this week, he was inundated with requests for interviews. He turned all those requests down, saying a response to one would require a response to all.

“I shall set aside a day, possibly next week, on which I shall be available to fulfil all the requests,” Maharaj phrased it in a statement on Wednesday.

It would have taken a crack team of poets to come up with a more fitting swan song. In a single sentence Maharaj perfectly captured his tenure as Number One’s number one mouthpiece: a unique source of information seemingly always available yet somehow ever elusive, with promises just specific enough to fend off accusations of vagueness without actually committing to much, if anything.

He would not, he said shortly after his unanticipated appointment in 2011, be the presidential spokesperson to answer every inane question that popped into any random journalist’s head. Instead he would be more behind the scenes, helping bridge what was even then a growing gap between the media and the presidency. Yet there at the bottom of every media statement issued by the presidency – including the one announcing Maharaj’s retirement – was the line: “Inquiries: Mac Maharaj”, followed by his cellphone number.

On every important issue faced by Zuma, from Nkandla to Zimbabwe, no other official would dare comment on the record. Maharaj was the sole oracle from whom could be learned Zuma’s plans over Christmas or whether the president had yet considered a report by the public protector.

Direct line
Clearly, though, Maharaj was willing to take the calls. Why else append so liberally not a landline number with a receptionist or assistant at the other end, but a cellphone number direct to the font of all knowledge?

As many journalists learned over the past four years, however, there is a world of difference between having a cellphone number and having a call to a cellphone number answered. Maharaj was a busy man, being a special adviser to Zuma and initially still a foreign envoy to the president on top of being spokesperson. Calls went unanswered, messages unreturned.

And so, more often than not, news articles were restricted to quoting official statements or speeches, with the dread phrase “the presidency was not available for comment” buried towards the end.

As a result, articles that this week sought to highlight the most outrageous things Maharaj said during his time as spokesperson found themselves thin on material.

There were three sets of circumstances under which this pattern would not hold.

‘Off the record’
On occasion Maharaj would answer his cellphone and would entertain questions – though usually to no great effect: the president had not yet finalised his Christmas plans but would likely be trying to relax in between working, or the report by the public protector was receiving attention and a decision on it would be communicated when a decision had been made.

On rarer occasions, Maharaj, after establishing rules in which the phrase “off the record” loomed large, could be drawn into conversation. Sadly, even after his retirement, such conversations remain off the record.

And in an exceedingly few and far scattered instances, Maharaj would go on the attack, suddenly launching vast tirades of words in place of his usual gnomic utterances.

At 80, and so surely coming towards the end of his career, it is these attacks that Maharaj will be remembered for: taking to the radio to decry the racism behind using the word “compound” to describe Zuma’s rural homestead; taking to television to decry the publication of evidence linking him to bribes; writing scathing letters to editors (for publication) on what he inevitably characterised as either mistaken interpretations of facts or outright fiction.

But remembering Maharaj as angry in voice and scathing in writing would be to have an incomplete grasp of his influence. As the Mail & Guardian wrote in an editorial in 2011: “He was a senior figure in the crack political team who brought Zuma to power and there can be little doubt his strategic insight is playing a crucial role in keeping him there.”

Mac’s humorous side
Though certainly on occasion angry, Maharaj also displayed bursts of wry, self-deprecating humour. Said he, in his personal statement on his retirement this week: “In the meantime, for those who think my retirement is premature, I am advised that the gatekeeper of hell has taken note and will refuse me entry if I should arrive at the gates!”

In his time as the country’s most prominent spokesperson, Maharaj was more than once condemned to the political equivalent of hell. The Democratic Alliance called for his suspension, the United Democratic Movement rarely had a good word to say about him and other minor parties often uttered harsh words about him. By the public he has at various times been labelled disingenuous – and many, many variations thereon – and alluded to as “Comical Ali”, in reference to the infamous Iraqi propagandist who in 2003 declared the American invasion of that country defeated to the background sounds of the United States victory.

Within the ANC, however, even among those who have campaigned against Zuma, Maharaj was invariably held in high esteem, even in the midst of allegations that he lied to an inquiry about taking an arms deal bribe. Between his staunch struggle history, his stint on Robben Island and a personal endorsement from Nelson Mandela, Maharaj certainly measured up within the party.