Quotas: What it takes to find the talent 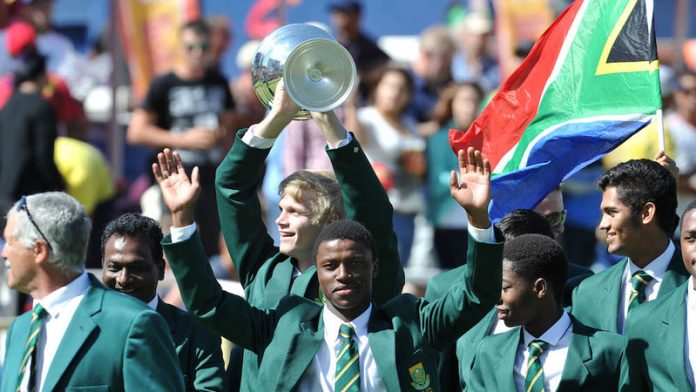 The bizarre world of WWF (World Wrestling Federation) is the exception to the golden rule of sport that credibility is everything. If the audience can’t believe in the contest, it won’t be there very long, or pay very much. Perhaps WWF is more theatre than sport?

Cricket South Africa’s (CSA) greatest concern in the aftermath of the selection controversy that preceded the Proteas’ World Cup exit and the decision to increase racial quotas in the domestic game is that the sport’s level of credibility will be too low to sustain the belief of its followers.

The ethical and moral debates concerning the use of quotas may be unconvincing if the perception takes root that the CSA is creating a bastion by being politically correct and ticking boxes. From next season, the six professional franchises will be required to field six players of colour in each starting XI, three of whom must be black Africans.

Some coaches and administrators told the Mail & Guardian this week that there was “no room for manoeuvre” last season when the domestic quota was five players of colour in the starting XI. What they meant, in fact, is that they felt there would be no compromising.

The “extreme circumstances” clause, in its current form, is so intimidating that it can be interpreted as “aggressive” and “unhelpful”, in the words of one franchise selector. The chief executives (or alternative administrators) of the teams who were unable to meet the racial targets in the past three seasons were required to explain their reasons to a CSA committee “in person and at their own expense”.

It was the professional equivalent of being called to the headmaster’s study for a caning.

The CSA’s guidelines to both franchises and the semi-professional provincial teams were explicit – that exceptions would only be acceptable in “extreme circumstances” and provided there was evidence of “prudent planning”. Last season, for example, one provincial XI applied for two exemptions on the basis that two of their black African players were injured. Their only two. No planning at all, never mind prudent.

Unacceptably low number
The argument that there aren’t enough black players of sufficient standard carries no weight with the CSA’s high performance director, Corrie van Zyl, who researched the numbers himself and uses them to illustrate the improving but still unacceptably low number of talented black cricketers who continue to play after their school days.

The socioeconomic and cultural reasons for this drop-off are hardly a revelation – many were identified two decades ago. It used to be virtually impossible to be a black man in a white man’s game. But the measures being put in place now seek, finally, to address the issues that matter.

Van Zyl is overseeing the finalisation of 13 academies and is working closely with the provinces and franchises, as well as the CSA’s own regional performance centres. He is also working closely with the South African Cricketers Association to identify and appoint performance development managers (PDMs) with an affinity for both cricket and the realities of being a black cricketer attempting to make a career in the game.

“Gone are the days of handing out taxi money and just expecting the guys to be at nets at 9am,” syas Van Zyl. “It’s not just the fact that there might be three or four taxis involved, it’s the fact that a young cricketer may be expected to provide for his family if he is earning some money. The PDMs work with the players to find a solution which is appropriate to them as individuals.”

CSA chief executive Haroon Lorgat believes there is more than enough evidence to refute the complaint he still occasionally hears – that “there aren’t enough black players out there”.

‘We must be honest with ourselves’
“They are out there,” he says, “and they want to play. We must be honest with ourselves and admit that we have simply not done enough to uncover the talent that surely exist in our country. Sometimes the teams aren’t looking hard enough and sometimes they have to change their attitude. But there are signs of it happening now and I’m confident we will finally start tapping into the full playing resources of our country.

“Transformation isn’t just about righting the wrongs of the past in our country and providing opportunities to those previously denied them, it’s also about being the best cricketing nation that we can be. In fact, if you look back we have already been rewarded with our transformation initiatives having produced some of the finest cricketers in the world,” syas Lorgat.

Van Zyl happily admits that his own journey has included a good deal of learning – and nobody is pretending that the process or transformation is easy or without pain. Vitally, however, his plans to review the “exceptions” clause that governs the playing quotas in provincial teams will ensure that everybody involved in the game will regard them as “targets” – and for a good, right and proper cause.

“Of course, there are genuine cricketing reasons why a team might not be able to reach its target in a particular match, and we must make that clearer. Unfortunately, the clause was written strongly a couple of years ago because there were always some teams that tried to abuse it. But the CSA and Lorgat will ensure that teams can still put out their strongest team if, for genuine reasons, they can’t make their target,” says Van Zyl.

Attitudes take generations to change. Quotas and targets will always inspire mixed and often heated emotions. The increase in their number for next season persuaded a disgruntled, older generation fan to complain to Van Zyl: “We’ll never win a World Cup now; the politicians will ruin our cricket.”

Van Zyl has heard it all before – not that it still doesn’t hurt.

“I told him: ‘We just won the under-19 World Cup with nine players of colour in a 15-man squad, five of whom were black Africans. Maybe the problem with our teams is that we don’t have enough black players, not too many.'”