Soho hops on the bunny wagon 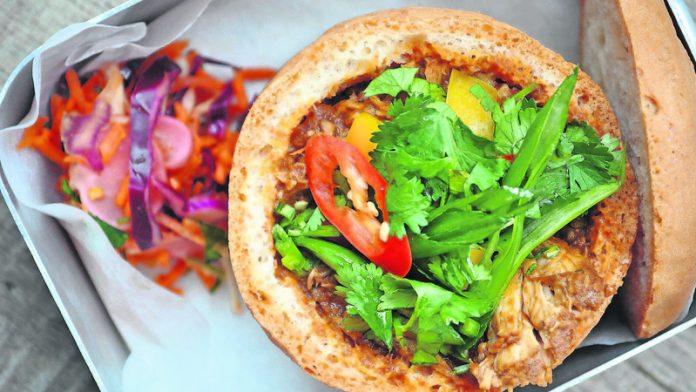 Thirteen years ago, 50 bakers in the English county of Cornwall banded together in what would surely come to be recognised as one of the great moments in history. The year 2002 CE would be remembered for one thing: the inception of that illustrious protector of pastry and eschewer of garage pies, the Cornish Pasty Association.

Their raison d’être? To safeguard the pasty’s integrity by preventing consumers being hoodwinked by inferior, impostor pasties trading off the value of the Cornish name. The crusade to defend their culinary heritage was victorious in 2011 when the Cornish pasty was granted the same protected geographical indication status as has been such foodstuffs as champagne and Parma ham.

It was deemed that any pasty falsely claiming the Cornish title and comprising anything more or less than potato, swede, onion, and diced or minced beef wrapped in pastry would be seen to be an illegitimate perversion of the real deal.

This exemplifies the concept of terroir, an originally oenological term that describes the regionally unique set of environmental characteristics (such as climate, soil, methods) that are expressed in traditional food production, and seeks to preserve the tastes and smells of a cultural landscape for future generations.

Such things are fetishised by fashionable foodies, but the origins of many such foods are humble. A staple lunch for working men in centuries past, the pasty was cheap and portable, the crimped edge of the D-shape serving as a handle to be discarded after being gripped by a miner’s grubby hand. This same starchy, pre-polystyrene portability is also said to be responsible for the innovation of the quintessential proletarian food in Durban — the bunny chow.

Bunny myths abound, but it is generally agreed that the loaf-as-container probably emerged last century as a substitute for the messily pervious roti in which Indian workers could carry food to their workplaces in the sugar cane fields or golf courses.

The Bunny Barometer
Today, the centrality of the bunny in the gustatory life of the ordinary Durbanite is on show on every street corner, but most ceremonially in September on the Umgeni River banks, when scores compete for the esteemed “Bunny Barometer” title —serious business. Like any treasured staple, the ingredients are simple and inexpensive, the distinguishing markers of quality incredibly subtle, and the battle between artisans fierce.

Connoisseurship in such regional delicacies is attainable by the outsider only if they are willing to educate more than just their palate and submit to the nuanced code of local taste. This is more than simply a food; it is the tangible weaving together of threads of history, cherished inherited idiosyncrasy of place and identity.

But deference to terroir is certainly not on the table at Bunnychow, a new addition to the rainbow of street food outlets in London’s painfully hip West End neighbourhood, Soho. After forays into pop-up bunny vending in Brixton and Shoreditch since 2013, they opened permanent premises late last year.

After visiting Durban, the British chief executive of Bunnychow, Atholl Milton, “discovered” the bunny and recognised its potential to be the next big thing in London fast food. Garnering generally positive reviews, it seems to be doing well so far. But as much as I was pleased to sit down to a home-inspired meal, I feel deeply ambivalent about this enterprise.

The “Vegetable Bunny” was undeniably tasty. The mild, chickpea and paneer curry with a cinnamon aroma on basmati rice inside an artisanal brioche, with fresh raita and sticky mango chutney, garnished with carrot salad and shards of poppadom, was very reasonably priced for London at £5 (although five times what you’d pay in Durban). But I was troubled.

Other options included the conventional mutton “Durban Bunny” and the chicken “Chakalaka Bunny” but, being vegetarian, these were off the menu, for me.

Past menu items, pulled since the restaurant has “returned to their roots” (wait, whose roots?), have included such abominations as the “Bunnychowder” with creamy haddock, sweetcorn and a quails egg.

All are available gluten-free and with such sides as stir fried kale. And to wash it down? Fresh juices entitled North Beach, Madiba and Invictus. Despite explicit claims of being South African street food, it is all flagrantly unorthodox.

The free movement of cuisine across borders is not in itself problematic — the purity of national cuisines is largely mythical anyway — but the fact that the bunny can hop on to the world food scene only after having undergone major culinary gentrification, while retaining false claim to authenticity, really sticks in my throat.

A South African secret
There is something deeply specific about the humbling sloppiness and earthy terracotta hues of a good Durban beans curry served in a mass-baked white loaf. It conjures flavours that precisely complement Durban’s salty humidity and harbour-bound truck fumes in your nostrils. These markers of terroir are fundamental to the experience of the bunny chow.

But as the Cornish pasty is awarded its nostalgic place in the world, the travelling bunny seems destined to become a theme park version of itself, divorced of its origins, an edible interloper set apart as superior to its very source. It’s imaginable, even, that the tourist seeking authentic South African cuisine might find themselves disappointed with the modest bunny in its natural habitat.

Bunnychow’s audacious handling of a dish rich with, not only flavours, but inimitable ways of being, means that the truth of the beautifully unpretentious bunny chow will,  for now, remain a South African secret.