Bizos: Government must be the guardian of our Constitution 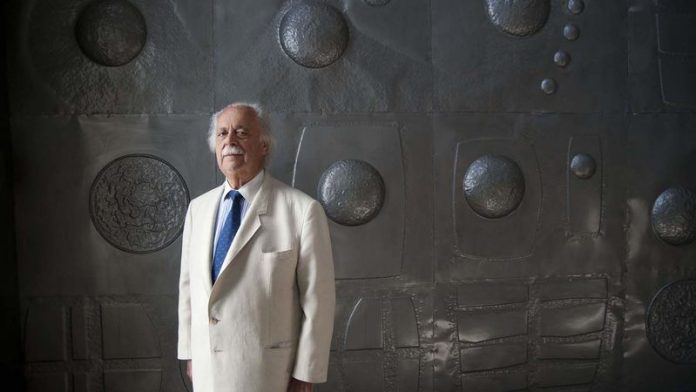 Where does the power of the Constitution lie? As a question of fact, it is merely a document containing words on paper. As a question of law, we know it to be supreme, but supremacy is an intangible concept. For me, it is a question of values. To my mind, our Constitution entrenches the deepest values that we share as a people. It is our common ground, our shared history and our optimism for the future. The effect of a constitution on society does not depend on the text of that Constitution alone; it is about turning this into a reality for all South Africans to enjoy.

The process of drafting the South African Constitution was a long one, which involved many people, many compromises and many negotiations (and negotiations about the negotiations).

I recall a visit that Nelson Mandela paid shortly after his release from prison in 1990 to the ANC committee responsible for drafting a proposed Constitution for South Africa, in which he enjoined us to “draft a Constitution that is good for South Africa as a whole and not only for the ANC” – and that, I believe, is what we did. Of course, certain interests were sacrificed for others, and there will inevitably be people who believe that their interests should have trumped those of someone else, but I believe that the Constitution we have today, with the values it entrenches and mandates us to uphold, is good for South Africa as a whole.

It frustrates me when people try to vilify the Constitution as being the cause of the ills in society in order to further their own political agenda. The Constitution is not an obstacle. It does not stand as a hindrance to transformation or reform. It does not stifle wealth creation and prosperity. It is the product of a collective effort, negotiated for the benefit of all, founded in the common values of those who had fought so hard to see it realised at a time when the idea of a democratic Constitution founded in the values of human dignity, non-racism and non-sexism seemed a far-fetched ideal.

The principles upheld in the Constitution are only the first step in a long and arduous journey to put into practice the ideals that these principles embody. There is no doubt that this is in no small part the role of government, but it is also a role for us as civil society to see the realisation of these rights. We have failed a large number of people in our society who still live in poverty and who are unable to vindicate the basic rights that they are promised under the Constitution. But the Constitution is only a framework; it is for us to give it life and meaning.

I believe that respect for the Constitution and that which it seeks to protect must begin with government. Government should be its primary guardian and champion, and should lay the foundation for others to follow. The Constitution should be allowed to fulfil the function for which it was intended; its institutions should be fiercely guarded and protected, and it should be a source of pride for us all. Those who seek to vindicate their rights and that of others, and who challenge the state to give effect to the Bill of Rights, should not be seen as enemies of the state but rather as cohorts seeking to further the same ideals.

But this is not a role for the government alone; it is a role for every one of us. The daily struggles of the majority of our people should be the struggles of us all, and the Constitution should be seen as a beacon of hope and a continuous promise of better days to come. This is crucial if we are to give effect to the fundamental values contained in our Constitution, not least of all that of ubuntu.

As our Constitutional Court stated in Dikoko v Mokhatla: “In our constitutional democracy the basic constitutional value of human dignity relates closely to ubuntu or botho, an idea based on deep respect for the humanity of another. Traditional law and culture have long considered one of the principal objectives of the law to be the restoration of harmonious human and social relationships where they have been ruptured by an infraction of community norms.”

Similarly, former Chief Justice Pius Langa explained further that: “The notion that ‘we are not islands unto ourselves’ is central to the understanding of the individual in African thought. It is often expressed in the phrase umuntu ngumuntu ngabantu, which emphasises ‘communality and the inter-dependence of the members of a community’ and that every individual is an extension of others … ‘[A]n individual human person cannot develop and achieve the fullness of his/her potential without the concrete act of relating to other individual persons.’ This thinking emphasises the importance of community to individual identity and hence to human dignity.”

Our job is not yet done; the road is still long and riddled with challenges, and we have our work cut out for us. There are days when these challenges seem too vast to overcome, but I am galvanised in my belief that this is not so.