Buy our elephants, Zim pleads, to avoid a mass cull 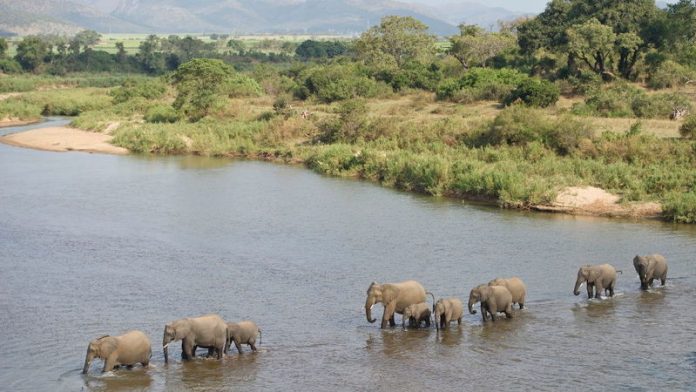 Zimbabwean politicians have urged the country to find a way of exporting a large number of elephants to avoid having to cull the animals, which they say are threatening the livelihoods of people on the borders the country’s biggest game park.

Hwange National Park, spanning 14 651km², has about 45 000 elephants and its population is growing by 5% a year – three times the number the park can sustainably hold.

The elephants are destroying vegetation and damaging the crops of people neighbouring the park, a report by a parliamentary portfolio committee said. If markets cannot be found for the animals, with exports to China already planned, the government will have to resort to culling or contraception.

“A quick win and low-hanging fruit [solution] could be the sale and exportation of live elephants,” the committee said, urging the government to identify “vibrant markets” able to absorb large elephant sales.

The sale of elephants, which, according to park officials, can fetch between $40 000 and $60 000 each, has been criticised by animal rights organisations concerned at the stress the animals will endure when separated from their family units.

Still, Hwange and other parks in Zimbabwe are short of the funds needed for ranger salaries and general upkeep. “The country will realise significant revenue from elephant exports, and such revenue can be used to enhance conservation and sustainable wildlife management programmes,” the committee said.

Elephant exports are permissible under rules adopted by the United Nations’ Convention on International Trade in Endangered Species, it said. Alternatively, the animals may have to be killed. Between 1960 and 1998, 46 000 elephants were culled in Hwange. The practice was abandoned after protests by animal rights activists.

The committee said the number of elephants in Hwange was so large that culling was the most realistic option to bring the population under control. Contraception by darting could also be considered, but translocation of elephants within the country would be too expensive.

Although African elephants are considered endangered, with about 470 000 left in the wild, about 300 000 of them live in Namibia, Botswana, Zimbabwe and South Africa, according to the African Wildlife Foundation.

The rights of Zimbabweans are also a factor. “It was apparent and crystal clear that communities were living under siege from elephants and other wild animals,” the committee said. – ©?2015 Bloomberg News

Conservative groups are fighting efforts to expand African women’s access to healthcare. Do they care about women all the time, or only when they’re procreating?
Read more
Politics

De Lille adviser hung out to dry on ‘washing line’