Unions at odds over Medupi ‘strike’ and reinstatement offer 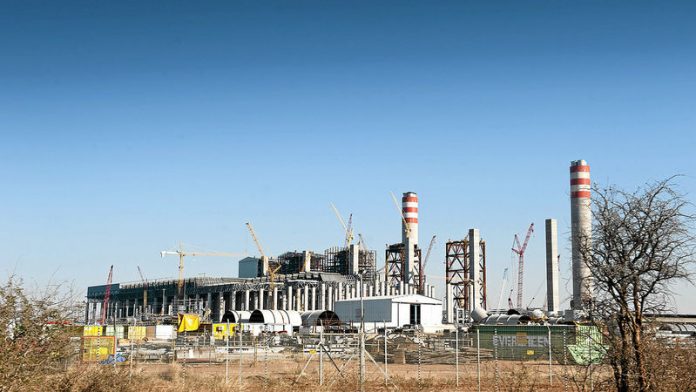 While early indications are that the majority of workers at the Medupi power station construction site are unlikely to return to work, the majority union on site the National Union of Metalworkers of South Africa (Numsa) says consultations with workers are ongoing.

The two biggest unions on site appear to be at odds over what workers have agreed to, as well as what led to the workers’ dismissal.

Numsa says it is still holding meetings with workers, while the National Union of Mineworkers (NUM) claims all workers on site have returned to work.

Workers met on Tuesday afternoon to consider an offer from Eskom that they would be allowed to return to work with full pay, unconditionally.

But subcontractors at the Medupi site told 1 700 workers by SMS that they were not to return to work pending the outcome of disciplinary action.

Eskom claimed the workers had been on a day-long strike, but it later said the dismissals were because workers had vandalised property.

But Numsa said the workers did not go on strike. Instead, they had undertaken a two hour-long march to hand over a memorandum. Workers wanted better pay, exit bonuses and a stop to the eviction of members from on-site housing.

Demands not addressed
At the heart of the dispute is the ultimate dismantling of a 20 000-strong workforce – inevitable once construction work is complete. Numsa says site managers will receive exit bonuses once their contracts come to an end, and it wants the same for workers.

Numsa says Eskom locked the workers out of the site after they had delivered their memorandum, despite the fact that they intended to return to work the following day. The Labour Relations Act states that 48 hours’ notice must be given before a lockout can occur.

On Tuesday, Eskom said it had decided to reinstate all 1 700 workers unconditionally. Workers then met to discuss the offer at a meeting, which continued late into the evening.

Steve Nhlapo, head of collective bargaining at Numsa, said it appeared that the majority wanted to reject the offer because the demands in the memorandum they gave Eskom had not been addressed.

But it was difficult to say whether the final tally would be in favour of those opting not to return to work, as shop stewards were still meeting with their constituencies throughout the course of Wednesday.

Once Numsa had a clear mandate, Nhlapo said the union would communicate this with Eskom, “because we can’t negotiate amongst ourselves”.

“It seems that the majority have rejected the offer but it is difficult to say until we have done a final count. We know that there are some who want to accept the offer.”

Confusion
The issue was further confused by a statement from the NUM, announcing that all 1 700 workers had accepted Eskom’s offer.

The NUM said all 1 700 workers would return to work on Wednesday, despite the fact that workers belonging to Numsa were still discussing the issue.

It also said that the union would “investigate” the issues that led to the “unprotected strike” that took place – a reference to the two-hour march that Numsa says was not a strike.

South Africa’s steel producer’s earnings dropped in the first quarter of 2020 because of low demand and a lacklustre economy, exacerbated by the Covid-19 lockdown
Read more
National

Before Big Coal, Lephalale was a small town with little water and few jobs. Two power plants have changed it
Read more
Opinion