Clean sweep of the poor is not constitutional 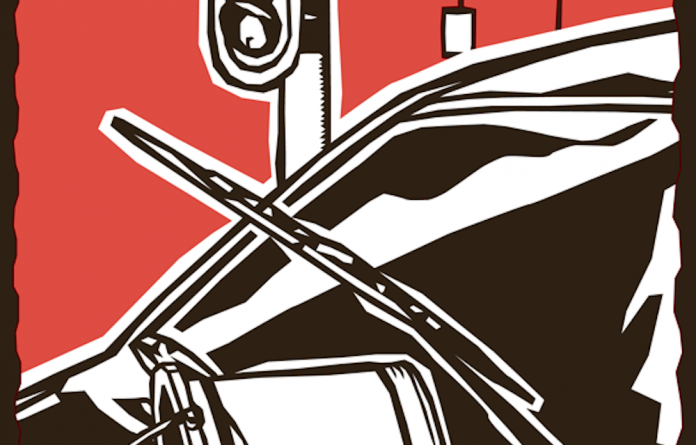 Since early February, the City of Johannesburg has been clearing intersections in the city of beggars, window washers, street traders and pamphleteers. The project, called Operation Ke Molao (It’s The Law), follows the rationale that people making a living at intersections engage in criminal activity and make the intersections unsafe for motorists. Despite being introduced as an anti-crime initiative, Ke Molao is not being carried out by the South African Police Service in terms of criminal law. Rather, it has been driven by the Johannesburg Metropolitan Police Department (JMPD), which has used bylaw contraventions such as “loitering” to clear these areas.

The JMPD and the city claim no arrests have been made in the operation, but window-washers and street traders who have been removed from the streets are being processed at police stations before facing a hefty fine or a court appearance.

Ke Molao has come under criticism from various sections of civil society. Sello Lemao, the Johannesburg member of the municipal council for public safety, recently tried to engage with the operation’s critics by writing a piece that puts the operation “into context”. On the face of it, his willingness to enter into public debate is welcome.

But we should not be fooled: despite assurances at the beginning of his piece, Lemao glosses over the critiques that have been levelled against the operation almost entirely. Furthermore his appeal to progressive policy frameworks to justify the operation is highly selective and his piece demonstrates a misunderstanding of informal livelihoods at intersections in Johannesburg that is all too familiar.

One claim made by Lemao, for instance, is that the operation was launched on the principles set out in the City of Johannesburg’s Growth and Development strategy 2040. The section of this document that the department of public safety is leaning on sets out the goal of urban safety, especially for Johannesburg’s vulnerable residents.

Yet he chooses to ignore the progressive central aims of the policy, including two principles concerning “eradicating poverty” and “building and growing an inclusive economy”.

Lemao makes an appeal to the authority of the Growth and Development strategy 2040 as Ke Molao’s framework, but chooses to ignore its explicitly progressive and inclusive goals, of which Ke Molao is a mockery, characterised as it is by enforcement and exclusion.

Even in his characterisation of “vulnerable residents”, Lemao has towed the city’s line that motorists are vulnerable, exposed to the discomfort of being approached at intersections by poor people. In his concluding remarks, Lemao is clear on this point, spelling out the sort of vulnerability that Ke Molao has been designed to protect: “People… [should] not feel vulnerable to strangers approaching their vehicles”.

So this operation has chosen to understand people who own and drive motor vehicles as vulnerable – in the current economic context of Johannesburg, where inequality and structural violence constitute the lived reality of most people.

Lemao goes on to frame the implementation of Ke Molao as the department of public safety’s “constitutional and moral duty”. I won’t give too much attention to the absurd claim of morality, and suggest only that government should stick to its duties and refrain from the quagmire of morality. The continued removal of poor people from their homes and public spaces puts local government on rocky ground in this regard to begin with.

Lemao’s appeal to the Constitution is, however, interesting. He reminds us that the Constitution provides for powers of a municipality, one of which is to make and administer bylaws effectively. Further than that though, he fails to back up his lofty constitutional defence of Ke Molao. Again he seems to have cherry-picked a progressive framework to back up the undemocratic operation.

Lemao seems to labour under the misconception that bylaws are set in stone, as have many others who have used online media to respond to the criticisms that have been levelled against Ke Molao. While it is true that they undergo a “rigorous democratic examination process,” bylaws are changed all the time. Those enforced during the course of Ke Molao are broad enough to allow for unconstitutional interpretations, and Ke Molao certainly suggests that they deserve further scrutiny.

Lemao claims that the aim of Ke Molao is “restoring order at Johannesburg’s intersections” in a “climate of current lawlessness.” While it is undeniable that criminal elements are present at intersections, and that these cannot be condoned, the city remains unable to justify its criminalisation of people making a living at intersections en masse.

Nowhere have they considered how people trying to make a living at intersections are themselves victims of crime, and are generally willing to participate in the eradication of it, evidenced by the fact that they often act as informants to police, giving valuable information on people who are engaging in criminal activity at intersections.

Rather, Lemao understands people making a living there to be acting “under the pretext of entrepreneurial ambitions”. Not for a moment is he willing to acknowledge that intersections of public roads are among the few public spaces where poor people have the opportunity to interact with rich people, with the obvious economic possibilities that this access brings. Rather, Lemao and the city understand intersections as spaces where the interests of motorists must be protected at the expense of people’s ability to make a living. And the interests of motorists seem to be no more than the uncomfortable experience of coming into contact with poor people.

Another claim of the city that remains unsubstantiated is that Ke Molao is “a response to public outcry on increasingly unsafe traffic intersections which have become a threat to individual security.”

Lemao provides no explanation or location of this “public outcry”; we are left to assume he simply panders to the discomfort many rate-paying Johannesburg residents feel when they are approached in their cars.

Lemao also fails to address the way in which Ke Molao has echoed previous “cleaning operations” that the city has undertaken with disastrous effect. His claim that the approach taken by the city during the operation is one “which seeks to educate and enable compliance first before enforcement kicks in,” and that his department starts from the “premise that says if the public is educated and enabled with the tools needed for it to be compliant and resilient, there is no need to enforce as compliance becomes a natural outcome” is immediately alarming to anybody familiar with the abhorrent Operation Clean Sweep.

This language is taken almost verbatim from the planning documents for Clean Sweep, which saw more than 6 000 street traders illegally removed from Johannesburg’s inner city, and which was later lambasted by the Constitutional Court as “humiliating and degrading”.

Still, it seems Ke Molao is here to stay: more than 450 people have already been removed from intersections as a result of it and Lemao says the programme’s “development and operational capacity henceforth will be bolstered”. Much more public debate is needed about the city’s actions and Lemao’s response, and what both say about the place of the poor in our city. We should not be fooled by the “context” Lemao provides for the operation, nor by the appeals he makes to justify it.

Homeless but not voteless in ward 28