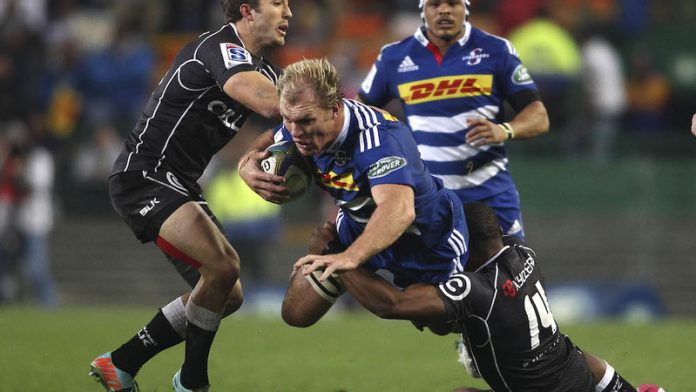 It has been a momentous few weeks for South African rugby. An apparent meltdown by the Sharks has coincided with heroic deeds by the Lions and Stormers. Equally heroic, in a very different way, was the decision by Oregon Hoskins, the president of the South African Rugby Union (Saru) to question the severity of sanctions meted out to South African players by Sanzar, the South Africa, New Zealand and Australia Rugby body.

Away from Super Rugby, the Varsity Cup ended its eighth edition in front of a full house in Bloemfontein on Monday night. Shimlas, the home side representing the University of the Free State, beat Pukke (North-West University) in the final by scoring nine tries to four. Such has been the quality of play this year, Saru decided to select a Varsity Cup dream team that will play against the Junior Boks in Stellenbosch next week.

It is worth pointing out that rugby at the country’s leading universities is thriving at the same time that student organisations are dominating the headlines for less sanguine activities. It is a timely reminder that tertiary education should always be about much more than studies and politics.

In the absence of the Varsity Cup, Saru would like us to turn our attention to the Vodacom Cup, but the fact of the matter is that the latter competition has run its course. It has become little more than a dumping ground for contracted players not deemed worthy of Super Rugby for reasons such as age, fitness or talent.

Template for future seasons
The Varsity Cup and the recently completed club showcase, the Community Cup, should provide Saru with a template for future seasons. Scrapping the Vodacom Cup would force unions and franchises to be more discerning about how they contract players. Those players should be turning out for their university or club sides, thereby raising the standard of both without being an almighty drain on the finances of professional rugby setups.

It is germane that the current strength of the Lions has much to do with rationalisation. Excluded from Super Rugby for a season, stripped of sponsors, their top players lured away, the Lions learned to take nothing for granted. The union lived from hand to mouth and stopped contracting marginal talent. Those that stayed are now reaping the reward. It is this experience and not the bloated squads associated with the Bulls and Stormers that Saru should be promoting as the way forward.

Many will argue that since the latter two provinces are currently doing so well in Super Rugby, there is nothing inherently wrong with the system. The Stormers, in particular, have come together on tour in a way that few South African sides have ever managed. They were simply immense in the second half of their contest against the log-leading Hurricanes two weeks ago and carried all of that confidence into defeating the Waratahs in Sydney last week.

In a sane world they should be too strong for the Force in Perth this week, but will have to make do without their rested captain, the mighty Duane Vermeulen.

Schalk Burger is set to play, but only arrives in Perth 24 hours before the game. He will be flying in from the Laureus Awards in Shanghai, where he won the award for “Comeback of the Year”.

Looking good with his shirt off
If anyone can cope with the extended travel it is Burger, a player who breaks all the moulds. Fellow players attest to the fact that the gym is not his favourite place. Burger, it is rumoured, battles to bench press 80kg, but put him on the field in a tussle for the ball and he carries all before him. Therein lies the difference between someone who looks good with his shirt off and someone you want beside you when the going gets tough.

Right now the going is extremely tough for the Sharks, assailed on all sides by referees and critics alike. Indeed, their director of rugby, Brendan Venter chose this week to quote Theodore Roosevelt as a way of ameliorating the pressure on his team. Roosevelt’s Man in the Arena is a favourite of professional sports people who loathe and detest the views of armchair critics. In part it goes: “It is not the critic who counts; not the man who points out how the strong man stumbles, or where the doer of deeds could have done them better. The credit belongs to the man who is actually in the arena, whose face is marred by dust and sweat and blood …”

Venter quoted the above in his weekly blog for the SuperSport Zone. He added: “There are a lot of coaches out there who are in my position but are not in the arena.

“What really frustrates me is that those lost, timid souls are the most outspoken critics. It seems that they’d prefer to sit in the corner and never get anything wrong rather than stand up.”

If the Sharks stand up to the onslaught of the Bulls at Kings Park on Saturday the “outspoken critics” will have to keep quiet for a while. But it is hard to believe that the Sharks can overcome their defensive frailties in time. The Bulls welcome back Handré Pollard and have the firepower to put their opponents to the sword.