No clear answer to the violence… 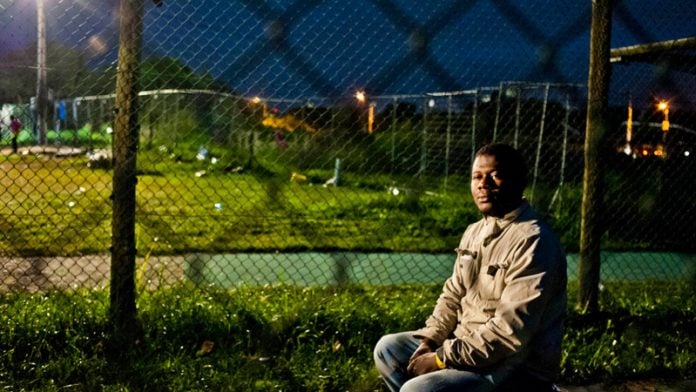 Breaking clear of a dense crowd gathered at the intersection of Yusuf Dadoo and Monty Naicker streets in central Durban, the athletic figure of Abad Salif took a crescent-shaped path. From the taxi rank, he ran into Yusuf Dadoo Street, dodging the haphazard rush-hour traffic and heading for a pavement. He crossed Dr Pixley kaSeme Street and bolted towards Albert Park, an inner city neighbourhood with large numbers of foreigners. A man prevaricated for a second, flipped opened his knife and half-heartedly gave chase, to cheers and whistles. For a moment, the crowd’s attention was diverted from a group of looters prying open an electronics cornershop with crowbars and even their bare hands.

His friend, Hussein Jello, echoed his sentiments. “We never heard the word[s] like ‘hamba, makwerekwere’ [get out, foreigners], you understand? All we see is shops breaking and throwing stones.”

Jello said they were returning from afternoon prayers at a nearby mosque, and he believed King Goodwill Zwelethini was being blamed for the attacks.

“This is Africa; I don’t believe an elder, not even a king … can say such things. I personally believe he has been misinterpreted.”

Scenes like these in other parts of Durban on Wednesday continued the following day, spreading to nearby towns such as Verulam, Shakaskraal, Stanger and Pietermaritzburg.

Misinterpreted
Mthembiseni Thusi, the deputy chairperson of the hostel dwellers’ nongovernmental organisation, Ubunye bama Hostela Nezakhiwo Zawo (UnHNZ), agreed with Jello that Zwelethini’s comments, made on March 20 at a moral regeneration event in Phongolo in northern KwaZulu-Natal, had been misinterpreted. He said the king’s speech was wide-ranging, including the characterisation of politicians as “hamstrung by securing votes” and foreigners as “dirty” and “criminal”, and people had picked up whatever supported their cause.

“What we as leaders on the ground are saying is don’t twist the king’s words to say he called for violence on foreigners. He didn’t,” said Thusi.

“He said foreigners should go back home so that we can fix our problems as a people. He was talking about catching and deporting drug dealers. And, since he has explained that he wasn’t talking about acts of violence, then let the people stop it if they’re doing it on his accord.”

Thusi said the leadership of the UnHNZ had visited a refugee camp in Isipingo, where about 300 foreigners were being housed, to try to repair relations.

“They said we should ask the king why he said that,” Thusi said. “[But] we can’t go to the king and ask him anything. He’s the head of the house; you can’t admonish him. So there were cultural differences that we could not resolve.”

The foreigners drew a line between criminality and xenophobia, and said some of the attacks were not as spontaneous as they appeared to be. Nigerian shopowners in Albert Park said they had seen minibuses dropping off would-be looters in Albert Park, and they had heard the same from compatriots in the former Point Road (now Mahatma Ghandi Road).

‘Don’t call me lazy’
For many other people, the king’s remarks have little to do with the current wave of looting and violence that is estimated to have left more than 1 500 people displaced and at least six dead.

Earlier Mrafa had attended a local ANC branch meeting addressed by ward 71’s chairperson, Falakhe Mhlongo. The local politician did his best to limit the damage inflicted by the attacks on the ruling party.

Mhlongo said residents and their migrant neighbours should form committees to ensure that, when they sought employment, they should demand standardised minimum wages.

But, Mrafa said, that wouldn’t work because factories did not hire workers en bloc from single settlements.

Residents of Isipingo south of Durban said the attacks started at the end of March following the use of foreign scab labour during a strike at a local factory.

“You see the problem with Malawians is that they like to work with the Muslims too much,” said Anuri Djuna, a Congolese barber turned carpenter in the Prospecton refugee camp housing about 300 refugees, including 100 women and children.

The camp, with its three green tarpaulins, has been set up on sports grounds in an industrial area.

‘Rhetoric and stories’
Daniel Byamungu Dunia, a spokesperson for the camp’s residents, said Home Affairs Minister Malusi Gigaba, KwaZulu-Natal Premier Senzo Mchunu and the provincial MEC for transport and community safety, Willies Mchunu, had come to the camp with “rhetoric and stories”.

Dunia said he believed the problems emanated from government policies in dealing with refugees. “South Africa’s no-camp policy allows asylum seekers to compete for work with South Africans. Because of desperation, any type of work a foreigner gets he will go for it. In my view, if they set up camps, it would help stop this war. It wouldn’t be South Africa’s money anyway; it would be the UN [United Nations] High Commissioner for Refugees’, in any case.”

Analysts said the co-ordinated nature of the attacks suggests a possible political motive.

Bheki Mngomezulu, of the internal and public affairs department at the Uni­versity of KwaZulu-Natal, said: “It’s obvious that there’s an underlying force that’s driving this. The recent contested regional elective conference of the ANC and even the larger succession battles of the ANC have a hand in what’s going on and in the camps, driving this behind the scenes. This is all to create an impression that people currently at the helm of the government nationally, and even provincially, are doing a poor job so that it can impact following local government elections and elective conferences. In Pietermaritzburg, people reported taxis dropping people off. If these were criminals, they wouldn’t commit these acts in broad daylight in front of police and journalists. Obviously a statement is being made.”

On Wednesday, the MEC for tourism and economic development, Mike Mabuyakhulu, convened a meeting of township businesspeople. He promised “accelerated deadlines to establishing associations and business warehouses that will help people take ownership of various aspects of the value chain”.

A local, who sat through the entire meeting, and did not want to be named, said: “I just found it strange that, in the face of such violence, you convene a meeting for business people, who probably have nothing to do with what’s going on. You sit them down and make false promises to them. It just felt like they were overcompensating for something.”