NPA’s Jiba damned by own lawyers 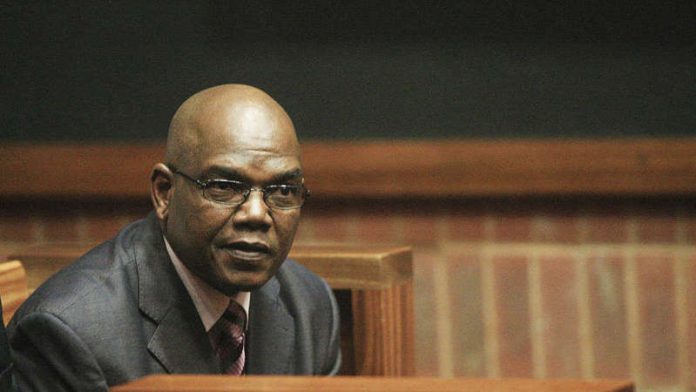 Deputy prosecutions boss Nom­gcobo Jiba appeared so hellbent on protecting crime intelligence supremo Richard Mdluli that she dumped three successive legal teams when they advised her that decisions to drop criminal charges against him were wrong.

Jiba ignored damning criticism from her own lawyers and their explicit warning that she was obliged to play open cards with the court.

Instead, she allegedly sought to lie and conceal evidence that might challenge those decisions.

Now her actions while she was acting national director of public prosecutions have been exposed to scrutiny in a court application by the General Council of the Bar, a body representing independent South African advocates.

The body wants the court to disbar Jiba and two of her National Prosecuting Authority (NPA) associates, Lawrence Mrwebi and Sibongile Mzinyathi, alleging that they tried to cover up gaping flaws in the withdrawal of charges against Mdluli.

The most damning evidence of the outrages allegedly perpetrated under Jiba’s authority is revealed in two memoranda prepared by her own legal teams and recently disclosed to the General Council of the Bar by the NPA.

Should the court find they are not “fit and proper” persons to be advocates, they would become ineligible for their NPA positions.

The embattled current prosecutions boss, Mxolisi Nxasana, asked President Jacob Zuma to suspend them, but they remain in their jobs.

All declined to comment. They also face a criminal investigation for perjury flowing from the same allegations.

Critics see Jiba and Mrwebi as playing a pivotal role in protecting Zuma and perceived allies such as Mdluli, while Mzinyathi is alleged to have succumbed to pressure to toe the line on the Mdluli matter.

Mdluli, an avowed Zuma loyalist, was charged in March 2011 with 18 criminal counts including murder and intimidation.

The charges related to events surrounding the 1999 killing of Oupa Ramogibe, who was married to Mdluli’s former lover.

In December 2011 Mrwebi, appointed by Zuma to head the commercial crime division, ordered the corruption charges against Mdluli to be withdrawn.

Breytenbach, who fought the withdrawal, was suspended in April 2012. Mrwebi and Mzinyathi gave evidence at her disciplinary hearing that was later crucial to Jiba’s disputes with her lawyers. Separately, in early 2012 Johannesburg prosecutions boss Andrew Chauke withdrew the murder charges against Mdluli and referred the matter to an inquest.

In 2012, the lobby group Freedom Under Law launched a high court challenge to set aside the decisions to withdraw murder and related charges and terminate the corruption case. It was this court challenge that caused Jiba, Mrwebi and Mzinyathi the trouble they are in now.

To deal with this challenge the state attorney drafted in a team comprising McCaps Motimele and Viwe Notshe, both senior counsel, assisted by Simon Phaswane.

The record of their advice has “gone missing” from NPA files, but what is recorded is that on June?7 2013, Jiba met the acting state attorney. Following that meeting, the attorney dealing with the matter and the Motimele team were removed.

This has never been explained. Notshe told amaBhungane this week that ethical rules prevent them from disclosing what transpired.

Next up were advocates Terry Motau SC, Benny Makola and Lerato Maite, who prepared a draft affidavit for Jiba’s approval. Three days later, on June?26 2013, they resigned.

Now, for the first time, their reasons have been disclosed in a memo they prepared for the NPA.

Team 2 “noticed contradictions” between the evidence given during Breytenbach’s hearing and two draft affidavits prepared by Jiba and Mrwebi. When they raised this and other objections, they were informed that these affidavits, prepared without their advice, had already been filed. They then resigned.

Their advice called on Jiba to disclose to the court the full dockets in the Mdluli murder and fraud investigations, otherwise they would be “unprepared” to continue. (See “What the lawyers said”)

Their memo revealed that Jiba asked them to assess the two cases against Mdluli, though she instructed them not to put this in writing.

Nevertheless, they noted: “We do record that the decision-makers are going to be hard pressed to justify their decisions and that we are unable and unprepared to even attempt to do so in open court.

“If there is a decision to continue with the opposition of this matter on the basis of attempting to justify the decisions to discontinue the prosecutions … our clients will regrettably have to find – yet – another team of counsel … None of the reasons advanced thus far makes any rational sense, let alone establishes a defence.” Team 3 was also dispatched.

Hodes was batted away by the high court and, subsequently, the Supreme Court of Appeal, both of which made adverse comments about Jiba, Mrwebi and Mzinyathi. It is these judgments that prompted the complaint by the General Council of the Bar. All three have noted their intention to defend the action, but have yet to file their responses.

Jiba is also facing allegations of being “less than honest” in two other matters, one regarding the prosecution of Hawks KwaZulu-Natal boss Johan Booysen and the other relating to her conduct in the Zuma “spy tapes” saga.

In calling for all three to be struck off the roll, the advocates body argues: “It is incumbent upon all practising advocates to exercise scrupulous honesty in their dealings with the court. This obligation is, if anything, all the more incumbent on the respondents because they hold high public office in the NPA.”

What the lawyers said

Here are some extracts from the lawyers’ submissions to the National Prosecuting Authority (NPA):

• “The flaws in the prosecution of the matter thus far … are fundamental – so much so that we are under no doubt that as matters currently stand, our clients [the NPA] are headed towards a certain judgment against them, with every potential of irreparable harm to the credibility and reputation of the NPA.”

• “As the papers currently stand, there is simply no defence.”

• “That our clients will indisputably lose the case for this reason alone lies in the very fact that it was up to the decision-makers, to … take the court into their confidence and explain … how they arrived at the decisions which they did, with detailed references to the contents of the documents in the records/dockets.

• “This was not at all done and it is inexcusable.”

• “A negative inference will be drawn from the fact that the full records/dockets were not provided, ie, that the failure to do so was deliberate, knowing full well that if it was provided, it would reveal a clear prima facie case.” – Sam Sole

With the shift to lockdown level three on Monday, details are emerging of how the previous relaxation added pressure to the already poorly performing Eastern Cape Covid-19 response
Read more
Advertising
Continue to the category
Article