Party members should be first to criticise it 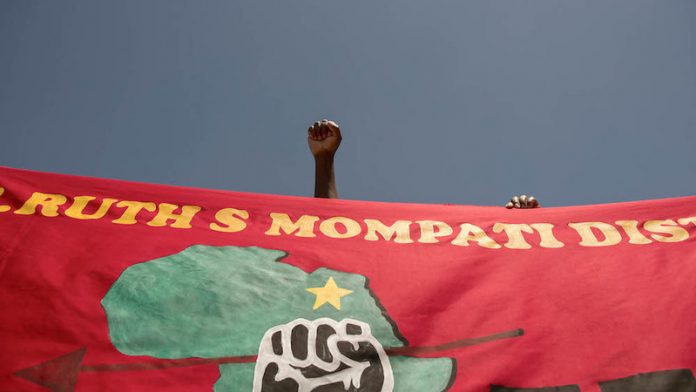 The Economic Freedom Fighters (EFF) are facing increasing ideological and organisational crises. These pose yet again the ancient question of what organisational and leadership mix is required for the new revolution to advance.

One is tempted to say that the bulk of the challenges facing the EFF have to do with old political beliefs and practices that stand in the way of crafting new political identities suited to the challenges of doing radical politics today.

What complicates these developments is the anxiety to avoid being “another Cope” – meaning the self-destroying Congress of the People. This anxiety is shared by large sections of society, including the media. Ironically, it has the effect of silencing and paralysing, instead of opening up the imagination to develop appropriate responses to a new political culture. The demise of Cope has generated a political pathology that has not been properly diagnosed, and its hold on the new parties has not been subjected to sufficient analysis.

The closed culture of political organisations in South Africa is based on party unity, underpinned by fear of punishment from the top. It’s basically unity by fear. It’s a coercive system that suffocates internal dissent. Being a member of a political party means having to defend the party leadership at all costs. Essentially, to join a political organisation is to join a gang-like structure. Questioning is seen as disloyalty and is punished; overt defence of the party, even when it has wrong, is rewarded. The party becomes the personal property of the leader.

Our party-political system creates a politics of hypocrisy. One is encouraged to criticise other parties and hide the wrongdoing of one’s own party. This organisational culture is encouraged by the fact that the party is also the employer – and the party leader is the chief executive officer, with powers of appointment, promotion, demotion and expulsion.

When a new party such as the EFF gets into Parliament, a whole layer of people become direct financial beneficiaries. MPs earn salaries ordinary people can only dream of. Add to this the prestige of being an “honourable member” and you have an ambition-driven system.

Politicians are a quasi-class, one that derives its sustenance from association with formal political office. Its only objective is to reproduce itself through the manipulation of the suffering of the many and the promise of salvation after the revolution.

This method of abusing the destitute has been perfected by Pente­costal pastors who promise great returns if you “give to God” – they, of course, being God’s proxy on Earth. According to their gospel, one gives and obeys, then miracles happen. Surrendering to the big other is mandatory for the destitute if they are to hold on to hope.

The clutching on to the figure of the pastor, the leader, the messiah, explains what happens when the representative of God on Earth is found to have feet of clay – the masses turn their rage against the one exposing the lies or weaknesses of their messiah. The people are better off believing in something than being left with the existential bareness of the truth: that there is no messiah.

This creates an unethical relationship between the led and the leader. The unsaid agreement is cemented by the unspoken words: “Take us to the land of milk and honey and we shall do whatever you demand.”

These dynamics played themselves out when I was attacked at a press conference at the time of the State of the Nation address by a section of EFF members. Those who attacked me were mostly in the employ of the party; those who defended me were not dependent on the party for their sustenance.

The employed members can no longer follow their own consciences. They obey instructions or risk losing their jobs. This relationship of employer and employee, within a party system, corrupts all actions. It makes any action of party members questionable: are they acting out of belief or are they applying for a job?

The first question about organisational culture has to do with resolving this contradiction of social and economic differentiation within the same organisation – and the concentration at the top of the power to reward and punish. A different culture can only emerge with the opening up of decision-making on deployment, coupled with material gain not being linked to political office.

In an organisation that claims to be socialist, as the EFF does, it may be necessary to think about a minimum wage for all party functionaries and leaders. Such a wage must not be too out of kilter with the minimum wage demanded for mineworkers, for instance. If we wear the red overalls, surely we should live as close as possible to the reality?

Such sacrifices would only make sense in a culture of robust internal democracy and transparency. Such a move must also be coupled with lifestyle audits of the top leadership. Leaders must be assisted to live within their means. An MP has a free house in Cape Town – this should cover a range of big expenses. The rest of the money should be channelled back into the party to support programmes on the ground. Of course, this would only work if the party finances were transparent.

The idea is not to make leaders live an unnecessarily frugal life, but it is part of building a new political culture of robust internal dissent and robust accountability. Questioning and criticism must become prestigious for all in the party. Let members be the first to criticise their own party openly, then we will be on our way to a new revolutionary culture, where leaders are servants.

Leadership can be empowering as a unifying symbol, a repository of collective hopes in a way that does not mythologise the leader. A revolutionary leadership can help to clarify difficult situations and give direction in a time of crisis, such as the one we find ourselves in right now – as Africans are being attacked in Durban and other places. The servant-leadership style of Burkina Faso’s Thomas Sankara and the recently retired Uruguayan president, José Mujica, comes to mind.

A new political culture, driven by internal criticism, collective public accountability and a leadership resisting the urge of self-enrichment, accompanied by a confident and politically informed party membership, is the only way to prevent the reproduction of the inherently corrupt political culture that dominates all political parties today. We have come to see this as normal.

A new political culture is possible only if there is a commitment to a revolutionary process to change power, to turn it to working in the service of the many instead of the few. The leadership of any one party benefits from the status quo, and leaders become unwilling to take the difficult path of radical democracy. This new path must be forced into our politics or we will forever dwell in a politics of hypocrisy and lies.

MP Andile Mngxitama is challenging his expulsion from the EFF

Eskom: South Africa can learn from Australia’s mistakes before it too burns

The current restructuring plan for the state-owned entity won’t solve its problems, but there is a way to make the power utility work successfully
Read more
Opinion