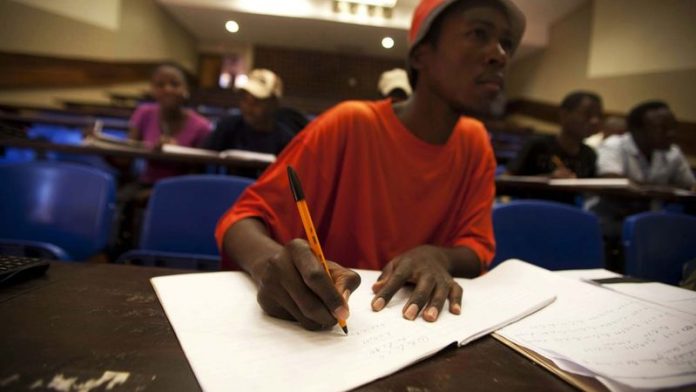 A students’ protest over a range of issues – some of which are longstanding and unresolved – has forced the university to temporarily suspend studies for a second consecutive week.

Students residing on university accommodation have left, after a communiqué bearing acting vice-chancellor Xoliswa Mtose’s signature last week “instructed [them] to vacate residences with immediate effect. This decision has been made to restore law and order on campus.”

It is another communiqué to students, this one a response to their memorandum of demands, that offers a glimpse into internal troubles engulfing the institution.

Signed by both Mtose and registrar Gift Vinger, the communiqué that the Mail & Guardian has seen failed to sway students to suspend their protest.

It paints a picture of a university battling a shortage of staff (both academic and administrative), insufficient and poor student infrastructure, lax security on campus and inadequate student funding.

The communiqué revealed that the university’s troubled faculty of education, which the students wanted clarity on, has a total of 11 vacancies. “The interviews for these positions commence … and the positions will be filled soon,” it said.

“The university is currently in the process of working alongside the Department of Higher Education and Training and the Council on Higher Education in appointing an administrator for the faculty.

“The intake of first-year students in certain modules will be determined by the recommendations of the administrator.”

Students have complained there are not enough lecturers at the institution, and a high vacancy rate even in administration offices. The critical dean of students position was vacant at UniZulu, the M&G understands.

The communiqué said: “The university has appointed members of staff to serve in an acting role in key positions that are currently vacant.”

Mtose herself has been acting vice-chancellor since last year, when Fikile Mazibuko suddenly resigned with reports saying she had been pushed out.

UniZulu also does not have a finance director, which has also been raised as a concern by students.

“As an interim measure, the university has appointed two chartered accountants to alleviate the workload in the finance department,” said the document.

Student governance is in tatters as well. The student representative council (SRC) is not in place, with elections last held in 2013.

The students’ memorandum of demands complained about poor lecture halls at UniZulu. Management told them the university’s physical planning and works department was “attending to the broken infrastructure in lecture halls”.

It promised swift attention to residences too. “The physical planning and works department will send out a team … to assess the revamping required by residences. The department will commence with the repair of broken windows the same day.”

Security and healthcare facilities would also be beefed up, it said. Recently a female student was allegedly raped and another student was stabbed, both in university residences. “The culprits in both of the cases are currently undergoing court processes,” according to the communiqué.

On Monday, 5 October — World Teachers Day — we recalled the teachers who helped us become the people we are today
Read more
Education

Only a few households have access to the internet and students and learners , but educators can find ways to improve reading for meaning and digital knowledge
Read more
Education

Protecting women on campuses is a priority

More black students at university, but still starting at a disadvantage