Call for ‘new world order’ so emerging markets can shine 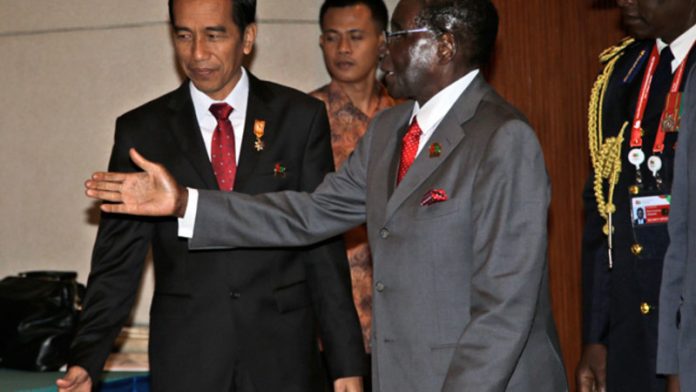 The overarching theme at the 2015 Asian-African Conference in Indonesia this week was the need for “a new economic world order”.

The World Bank and the International Monetary Fund (IMF) were roundly criticised for failing to deliver solutions for the global economy to alleviate poverty, distribute wealth and close the inequality gap.

At the opening of the conference in Jakarta, Indonesian President Joko Widodo said the World Bank and the IMF are reluctant to recognise that the world has changed. He said Asian and African countries need to build a new global economic order that is open to emerging economic powers.

“The view that the world’s economic problems can only be solved by the World Bank and the IMF is an outdated view. I am of the view that the management of the global economy cannot be left only to these international financial institutions,” said Widodo.

He said rich nations that only house 20% of the world’s population consume more than 70% of its resources.

“When hundreds enjoy the lives of the super-rich, while more than 1.2?billion people in the southern hemisphere struggle with less than $2 a day, then global injustice becomes real.”

Widodo told the delegates that African and Asian leaders need to reform the global financial architecture to eliminate the domination of one group of countries over others.

Zimbabwean President Robert Mugabe, who also chairs the Southern African Development Community, said the unity of African and Asian countries is one of the ingredients needed to fight for a United Nations that recognises all its members as equal partners.

He told delegates that Zimbabwe is determined to take ownership of its natural resources because their beneficiation will be vital to the country’s economic transformation.

Mugabe said Asia has made more progress than Africa in transforming its economies to become producers of manufactured and processed goods. He said, however, that a wave of economic transformation, anchored by adding value and beneficiating natural resources, has begun to take root in many African countries.

He said that the African Union has adopted a programme for infrastructure development in Africa comprising 16 interregional projects that are mainly located in the energy, rail and road transport sectors.

It is important, Mugabe said, for more effort to go into the New Asian-African Strategic Partnership, a framework to enable sustainable and mutually beneficial practical co-operation between the two continents.

“We have awakened to the fact that the two continents should no longer be consigned to the role of exporters of primary goods and importers of finished goods, a role that has been historically assigned to us by the colonial powers,” said Mugabe.

He said Asia and Africa should establish joint industrial ventures and co-operate on projects.

“South Africa adds its voice to the calls that are being made to fast-track the transformation of global institutions. We also add our voice that the UN Security Council be transformed. We need an inclusive, transparent and reformed system that is able to address these challenges,” he said.

The various presidents at the conference stressed the need for Africa and Asia to jointly propose reforms to the security council.

Referring to the Israel-Palestine conflict, Ramaphosa said the suffering of Palestinians is a blight on the world’s conscience and that efforts should be doubled to bring peace to the region.

“[We] must have two independent states of Palestine and Israel. Only sincere negotiations between the two can secure the peace. We call for an end to the seizure of Gaza and an end to the expansion of settlements,” he said.

Sixty years on, a debt remains

Widodo said: “For me, the global injustice feels more suffocating. The Bandung spirit [a term coined at the 1955 Asian-African Conference] demanded freedom for all nations of Asia and Africa, but we are still left with one outstanding debt for six decades. We and the world still owe it to the people of Palestine,” said Widodo.

At the time, delegates at the Asian-African Conference discussed how the two continents could achieve better economic, cultural and political co-operation. South Africa’s Moses Kotane and Maulvi Cachalia attended as representatives of the liberation movement.

Ramaphosa told delegates that the core principles of Bandung had been political self-determination, mutual respect for sovereignty, noninterference in the policies of other countries, and equality. He said, however, that the spirit of Bandung has still not been realised.