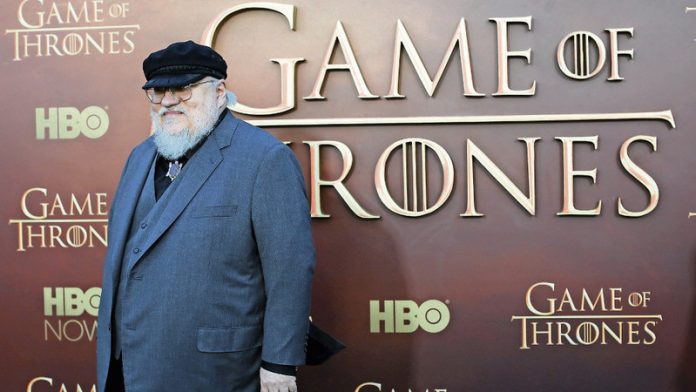 Game of Thrones author George RR Martin has waded into the “nasty, nasty fight” surrounding this year’s Hugo Awards, laying out why he believes that a group of right-wing science fiction writers have “broken” the prestigious prize beyond repair.

The short lists for the long-running American genre awards, won in the past by such famous authors as Kurt Vonnegut and Ursula le Guin, and voted for by fans, were announced recently to uproar in the science fiction community. This after it emerged that the line-up corresponded closely with the slates of titles backed by certain conservative writers. The self-styled “Sad Puppies” campaigners had set out to combat what orchestrator and writer Brad Torgersen had criticised as the Hugos’s tendency to reward “literary” and “ideological” works.

Today’s Hugos, Torgersen has blogged, “have lost cachet, because at the same time SF/F [science fiction/fantasy] has exploded popularly – with larger-than-life, exciting, entertaining franchises and products – the voting body of ‘fandom’ have tended to go in the opposite direction: niche, academic, overtly to the left in ideology and flavour and ultimately lacking what might best be called visceral, gut-level, swashbuckling fun”.

“Twenty years ago,” he writes, “if you saw a lovely spaceship on a book cover, with a gorgeous planet in the background, you could be pretty sure you were going to get a rousing space adventure featuring starships and distant, amazing worlds.”

Nowadays, he claims, the same jacket is likely to be a story “merely about racial ­prejudice and exploitation, with interplanetary or interstellar trappings”.

The writers’ campaign to get the authors they believe deserve rewarding on to the Hugo short lists has been eminently successful: three of the five best novel candidates appear on the Sad Puppies list – books by Kevin J Anderson, Jim Butcher and Marko Kloos.

Another group of allied right-wing campaigners, dubbing themselves the Rabid Puppies and led by Vox Day (real name Theodore Beale), have also added their voices to the block-voting campaign against what Day called “the left-wing control freaks who have subjected science fiction to ideological control for two decades and are now attempting to do the same thing in the game ­industry”.

The short list announcement has unleashed waves of vitriol in the science fiction community, with some nominated writers ­withdrawing from the short lists. As one of the biggest names in the field, however, Martin’s comments bear particular weight. The Song of Ice and Fire novelist writes on his blog that “a wiser man would probably just keep quiet, and let this storm pass him by” because “this is a nasty, nasty fight, and anyone who speaks up, on either side of this, risks being savaged”.

“Call it block voting. Call it ballot stuffing. Call it gaming the system. There’s truth to all of those characterisations. You can’t call it cheating, though. It was all within the rules. But many things can be legal, and still bad … and this is one of those, from where I sit. I think the Sad Puppies have broken the Hugo awards and I am not sure they can ever be repaired,” he wrote.

Admitting that the Sad Puppies did not invent Hugo campaigning, “but they escalated it”, which means that other factions will have to do the same thing next year, he says the direction cheapens the Hugos.

“Will future winners actually be the best books or stories? Or only the books and stories that ran the best campaigns? Can all the king’s horses and all the king’s men put the Hugos back together again? I don’t see how. And that makes me sadder than all those puppies put together,” he blogged.

“If the Sad Puppies wanted to start their own award … for best conservative SF, or best space opera, or best military SF, or best old-fashioned SF the way it used to be … whatever it is they are actually looking for … hey, I don’t think anyone would have any objections to that. I certainly wouldn’t. More power to them,” he added.

“But that’s not what they are doing here, it seems to me. Instead they seem to want to take the Hugos and turn them into their own awards.” – © Guardian News & Media Ltd 2015

We’ve GoT so many endings