Super Rugby locals down to three 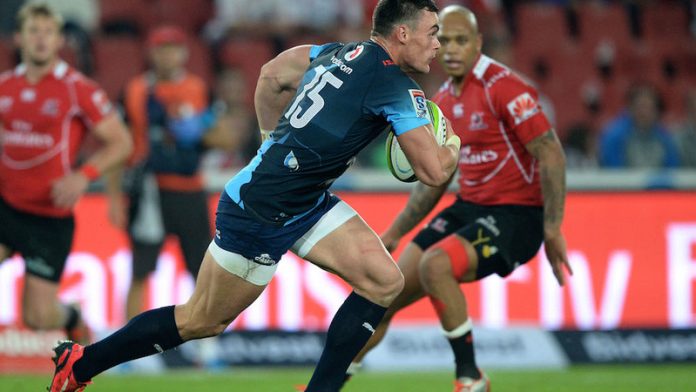 The Super Rugby season has been running for 10 weeks and some sheep have been divided from goats. It seems like a lifetime ago, but the Cheetahs were unbeaten going into week four, although that statistic needs to acknowledge that week three was a bye for Naka Drotské’s men.

Since then the Cheetahs have managed one win in seven outings and their challenge for the play-offs is effectively over. Succession planning has already begun in Bloemfontein and former Springbok flyhalf Franco Smith will coach the Currie Cup side later this year.

He has done excellent work with Shimlas in the Varsity Cup and clearly has the inside track to take over from Drotské.

The Sharks have lost six of their 10 games and will view this weekend’s bye like a holiday at Sun City. Statistics show that no one has ever reached the play-offs with six defeats since the competition was expanded to 15 teams. To make matters worse, their next four matches will be in the Antipodes.

Were it not for the fact that three of their senior players will return from lengthy bans during the course of the tour, it would be time for the Sharks’ coaching department to experiment. Instead, they will be looking to build some form of team spirit away from the prying eyes of an expectant South African public.

It is likely that the Sharks team that begins the competition in 2016 will bear very little resemblance to the one that ends it this year.

Therefore, there are only three teams that can go all the way from the local conference this year. Two of them – the Stormers and Bulls – play each other at Newlands on Saturday night, and the Lions face the Cheetahs in Bloemfontein after enjoying a bye last week. And just as it is hard to recall how well the Cheetahs began the season, four wins in a row for the Lions have masked the four defeats in five games back in February and March.

Astonishing defensive displays
The turnaround came on tour with astonishing defensive displays earning narrow wins against the Blues, Rebels and Reds. In case anyone thought that the quality of the opposition helped the results, they beat the Bulls and Sharks at Ellis Park immediately after their return home. Nothing has come easily for the coaching team headed by Johan Ackermann and you get the impression that is just the way they like it.

This is the point of the season at which contenders are born. The Lions have got this far with an indomitable attitude; Akker van der Merwe’s last-gasp try to win the match against the Bulls epitomised all that they are about. Now is the time for a bit of self-belief. They need to beat the Cheetahs in confident fashion to prove that they are not happy with mid-table mediocrity.

Astonishingly, during the week, Ladbrokes were still offering 33-1 on the Sharks to win the title, while you could get 80-1 on the Lions. The bookies need to get out more.

The most important game of the weekend from a local perspective is the one in Cape Town. The Stormers are returning from a successful tour down under, with wins against the Waratahs and Force and an incredible second-half display against the Hurricanes as the highlights.

They have built the best pack to wear the blue and white in two decades and have a potent strike force among the three quarters.

The weak spot is at halfback where most of the important decisions are made. It is invidious to single out individuals but neither scrumhalf, Nic Groom and Louis Schreuder, belongs at this level. The two flyhalves, Demetri Catrakilis and Kurt Coleman, can do a job, but don’t expect either one to change the course of a game.

X faxctor
It is possible, of course, that the Stormers pack will force a string of penalties out of their counterparts at the Bulls and that either Catrakilis or Coleman will kick the important goals as a direct consequence. But, if the game expands beyond forward grunt, it is the Bulls who possess the X factor in flyhalf Handré Pollard and fullback Jesse Kriel.

Pollard comfortably leads the points scoring list in the competition, and Kriel is way ahead of anyone else in what the Americans call “rushing” – carrying the ball forward at pace. The recent injury to Willie le Roux has opened the way for Springbok coach Heyneke Meyer to cast his fullback net a little wider and Kriel is the obvious choice.

From an overall perspective, it is the Stormers who are better placed. They have completed their overseas commitments, while the Bulls still have to travel. There are five games at Newlands left on the calendar, and the Bulls have just two more matches at Loftus Versfeld.

But the Bulls lead the domestic log by two points and, if they were to win this week, they could extend that to six or seven. As fixtures begin to run out, points in the bag become ever more valuable and, in circumstances such as these, it is wise to back the side that has more to gain.