‘Good story’ must include rights of the people 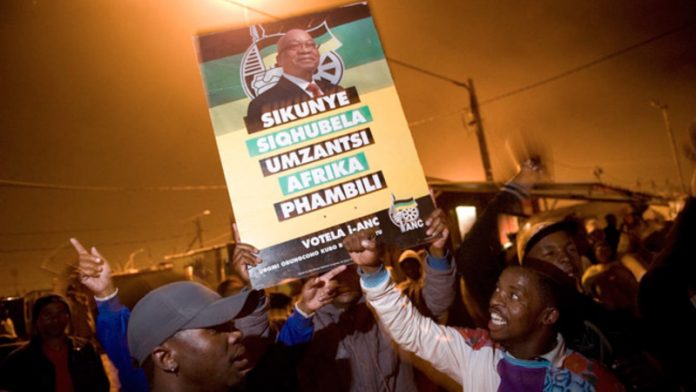 Even as we celebrate 21 years of democracy, many South Africans are still unclear as to what recourse is available to them in terms of their rights, or what their role in a healthy democracy should or could be. Instead of active participation, a large part of the population is overwhelmed by a sense of hopelessness and despair. The active role of the citizenry is crucial for a healthy democracy, yet the majority of South Africans, especially the poor, aren’t playing because of a lack of information/knowledge about rights/responsibilities.

As long as the majority of people live below the poverty line, and the poverty alleviation and service delivery programmes initiated by the government do not reach all of them, slogans such as “Siyaqhuba” or “We have a good story to tell” ring a little hollow in the ears of many rural and periurban communities. Racial, gender and class disparity are divisive inequalities which impact most on the poorest in these communities, causing a noticeably widening rift between government and the citizenry.

Many, particularly black people in rural areas, are still unaware that they have the power to make their leaders accountable, and that their leaders are bound by the same laws as they are — they are not a law unto themselves. Through active participation in government programmes, citizens should be able to exercise their power and assist poverty alleviation and infrastructure development in their respective areas. Government has an obligation to serve its citizens and citizens have the power of the vote, which, used effectively, increases the prospect of a healthy democracy.

For change to take place, a conscious effort is required by communities to rigorously ensure that checks and balances are in place and that our system of government is used to the full. Most sectors of the South African population do not have access to the means of self-education by reading newspapers and watching television, it is through active participation in public service delivery and public affairs, will we see a difference in our politics. A country with well-informed citizens who are encouraged to engage robustly on government policies, ethics, legalities, structures and service delivery will grow and flourish.

With the youth representing 60% of the South African population, and women 52%, their participation in public matters is crucial. Their constructive participation in government decision-making, planning, and general participation in communities, could transform our socioeconomic and political landscape. I am not advocating that all youth should join a political party (although it is not necessarily a bad idea for youth to have a political affiliation), but that they should at least become more involved in the level of political activity that affects the communities in which they live.

The exercising of the right to service delivery protest, for example, can only yield the desired results if the protest is embarked upon within the prescripts of the law. Often, ill-advised communities resort to riots despite having government engagement channels at their disposal. These protests lead to disruption where there are no winners. They sometimes result in violence, deaths and looting of property.

Service delivery protests that are taking place in the country and the looting of foreign businesses by community members are unacceptable forms of political action. They are illegal and can result in the participants having the added burden of a criminal record. It would be far more productive for those wishing to take action to participate in policy implementation armed with a good understanding of the proper use of authority. In this way an appropriate balance of power can be achieved between the government and its citizens.

Citizens, have a civic duty to form community pressure groups and organisations, which must represent them in ward meetings and keep abreast of municipality plans, ward-level service delivery, (potholes, road construction, electricity installations, clinic services, social grants, etc.)  Integrated Development Plans (IDPs), budget allocations and municipal engagement platforms. Communities who engage at this level wield remarkable influence. It is through these types of platforms that communities are able to tackle the regular transgressions of government officials.

Civic illiteracy remains a challenge in many communities, with citizens having limited understanding of social developmental needs and the mechanisms needed for their redress. Opposition parties could grab an opportunity to work hand in hand with communities, in order to help them through the hardships of unemployment and poor living conditions.

The reason that I am focusing specifically on the poorer areas is that it is in these areas that the voting power lies. Despite the urban migration to Gauteng and the Western Cape provinces, a larger part of South Africa’s population still exercises their preference for a rural existence. It is high time that come the next municipal elections, the citizens will be empowered to understand the importance of putting a cross on a ballot paper next to a preferred political party.

Whilst the government’s priorities should be aligned with the needs of the citizens, it must also ensure that it creates transparent lines of communication and actively engages citizens on matters that lie closest to their hearts. Such protests are a result of frustration and a sense of powerlessness often experienced by our citizenry.

Our mass media has played a significant role in raising the issues of government but this does not reach communities who do not have access to radio, TV and print media. The media faces limitations such as poor staffing, declining circulation and readership (print media), commercial pressures which push radio and TV to go for sensationalist reporting instead of public service-type broadcasting. Political discussions in the media often leave citizens confused. Egos get in the way and it can easily degenerate into an exchange of personal insults or silly wisecracks, unworthy of the importance of the issue at hand. Service delivery, government protocols, accountability and responsible citizenship are reduced to racial issues or party politics.

The objective would be far better served if government were to work hand in hand with the media to pioneer debates on what matters most to its citizens. The media cannot be blamed for sharing information because that is its role. And, it is the government’s role to keep citizens informed of their programs. Government also needs to create well-managed engagement structures that must see to it that the citizens are fully integrated in their communities.

Government should not be discouraged, as it has achieved remarkable work via its programs for social grants, health and infrastructure development and so on, but they should make it a priority that their initiatives are filtered through to the targeted audience. A government that proactively communicates programmes and consults continuously with its citizens will flourish.

Government may indeed have a good story to tell, but if does not reach the ears of the citizens, the good story remains untold.