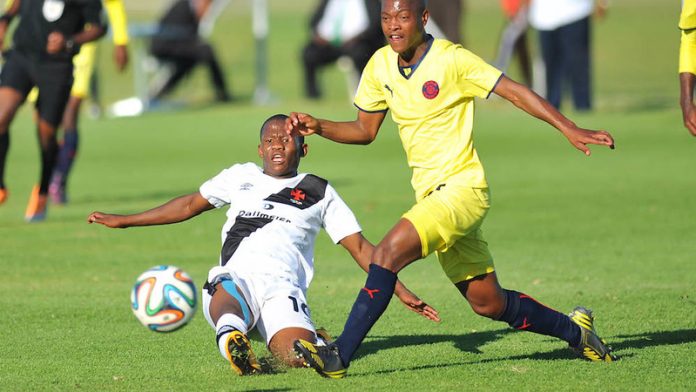 A glance at the National First Division (NFD) log reveals the profile of a 40-something man, with a head, two feet and considerable sagging, as seven or eight clubs bulge around the middle. Plugged into the love handles – as it were – are Vasco da Gama, currently in 10th position out of 16. And while there is no immediate prospect of relegation, there is equally little chance of promotion, the first couple of places in all likelihood going to Golden Arrows and those perpetual boomerang artists, Jomo Cosmos.

Given their league position in the overpopulated, sagging middle, it is Vasco’s Nedbank Cup run that has defined their season. On Sunday they play Mamelodi Sundowns in the cup semis and even if they lose, they’re assured of R1-million in prize money. Should they do one better and go on and win, they’ll rake in a cool R2.5-million and a place in the final.

It’s the dream they dare not dream but they might just be tempted to do so. They’ve already accounted for fellow NFD middlemen, Highlands Park, as well as Maluti FC and Black Leopards in their cup run. A Sundowns scalp might just suit them nicely. It will surely be worth a beer and a prego roll when their players get a bit older and need to dine out on stories about their youth.

One of the reasons for the schizophrenia, which has seen them inconsistent in the league and hot in the cup, is that they weren’t that well prepared for the rule that says all NFD clubs have to field five under-23s in the league. They’ve been able to sidestep that in the cup, club officials say, and this has in part accounted for the streak that has them in the last four.

“The other thing that’s been a little annoying is that there are five Cape Town sides in the NFD, so those can’t really count as away games,” said an insider. “‘Give me a break,’ I say to the guys, ‘Cape Town’s not on the road, it’s round the corner!'”

Upward curve
As befits their name, Vasco are a community-based Portuguese side. They have strong links to Vitória Guimaraes in Portugal and there are connections, too, back to Vasco in Brazil. It all suggests a club on an upward curve, something that the run in the Nedbank Cup has done no harm at all.

Being a strongly community-oriented side means that there is ample support on hand for this Sunday’s tie. Paulo Ferreira, a Vasco director, has been drumming up interest in Gauteng and expects about 600 fans to travel to the Lucas Masterpieces Moripe Stadium for the clash.

“We’re going to meet at the Portuguese Club in Pretoria West and have an early lunch,” he says. “There’s a park ‘n ride scheme provided and we’re hoping that the support really lifts the boys.”

While everyone is looking forward to Sunday, there is also a strand of realism at Vasco that sees some of the directors and coaching staff beginning to think carefully about next season. Sundowns, after all, are over-resourced, with huge bench strength and an enviable array of talent and it will take more than good luck to see the cabbages become kings for the afternoon.

Should they tumble out in Atteridgeville, as indeed seems likely, at least there is next season and possible promotion to look forward to. “We’re thinking of making some changes and expanding our squad for a start,” says Ferreira. “We know what we’re up against with Downs. Yes, they can lose 5-0 one week [a reference to Bloemfontein Celtic’s 5-0 demolition 10 days ago] but the next week they’re back to their best because they’re such a dangerous side.”

Realistically this shouldn’t be a contest. Vasco, despite their ambition, have only one full-time employee, with the rest a motley crew of part-timers and semipros. By contrast, the Sundowns boys have bank balances that many of us can only dream of. With their league dreams having all but evaporated, they will be keen to earn their keep come Sunday afternoon.