About time: The return of Roger Lucey 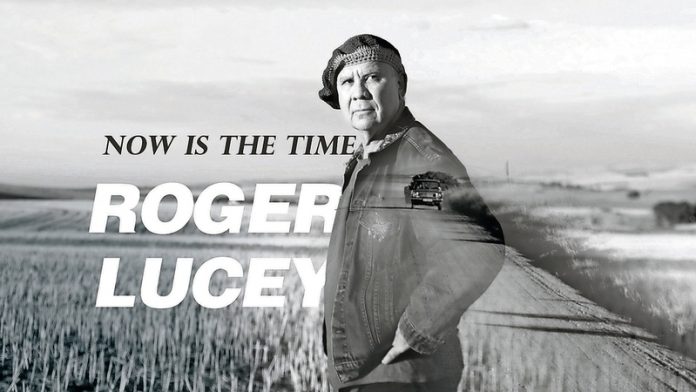 Gently rolling country rhythms blend with gorgeous slide guitar as folk troubadour Roger Lucey reflects on everything from the tragedy of war to simply getting older, learning to forgive and taking a healthier path through life.

Sometimes wistful, sometimes celebratory, the lyrics are those of a great survivor and master of reinvention. And as he sings in Now Is the Time, composed for his new wife: “There’s no time like the present/ There’s no life left in the past”.

That past included 15 armed security cops climbing through his window after midnight in the early 1980s when the security branch was, bizarrely, shutting down his career. It also includes recovery from Welcanol addiction and covering war zones in Chechnya, Bosnia and Angola as a WTN cameraman. The work nearly destroyed him. Then came the day his replacement on a story was killed in an ambush. His resignation followed but, by then, he was suffering from post-traumatic stress disorder.

So there has been a lot of living, recovery and changing direction, the latest being going to Duke University in North Carolina to do a master’s degree, and writing his autobiography, Back in from the Anger.

Now he has returned to his first love, music. The 15 songs, Lucey says, are “a chronicle of my time of recovery from a very, very dark and horrible place. It was when I was in the news business that the music died. I struggled to keep going.”

With a country/Celtic/folk troubadour sound, the album delivers some beautiful textures with instruments such as the upright bass, violas, uillean pipes, Irish whistles and bouzouki, all skilfully blended by producer Jonny Blundell. The Celtic pipes, whistles and the bouzouki are played by Massimo Giuntini, who lives in Arezzo, Italy.

Other musicians include Barry van Zyl on drums, Roger Bashew on bass, Brendan Jury and Terence Scarr on viola and violin, Shawn Johannes on upright bass, Blundell on guitar, Adrian Brand on accordion and trumpet, and Fancy Galada and Tonia Selley on vocals.

The album is bookended by the opening and closing tracks – The Man Who Just Left Town, which speaks of emptiness and aimlessness, and You Are the One, a love song full of tenderness and hope, which somehow also addresses environmental devastation in the United States. As a whole, it brims with metaphor about being human and our capacity to destroy and denigrate or, on the other hand, to recover, rebuild and reinvent. And, although the political concerns are still there, there’s a shift to self-examination, to resolution, to forgiveness.

Perhaps it’s best expressed in the words of Days of Reflection, about leaving burdens behind once the journey is done: “These are the days of reflection/ these are the days to count the cost/ now the winter is finally over/ and the deserts, and the oceans, they have been crossed.”

Some of the songs are rooted in his time in the US, such as Memorial Day, a withering look at the fate of Vietnam veterans. Only one song is from the old days, The Line, which tackles issues of corruption, asking who has the power “and who cuts the cake”. It applied then and it applies now, Lucey says.

Stay in the Light, styled as an Irish reel, is by far the fastest and most upbeat song on the album, but underlying the humour is a deep seriousness. It points out that, in South Africa, “every goddam generation has been brought up in a war”, but that for us today there is a choice: “We can hide in the darkness/ or stay in the light”.

Moving back to the personal, in All in the Heart, he sings: “Where once I used to roar with rage/ I now just roar with laughter.”

Roger Lucey is launching Now is the Time in concert at the Reeler Theatre, Rondebosch Boys High, Cape Town, on May 1, 2 and 3. To book, go to quicket.co.za. He moves to the Troyeville Hotel, Johannesburg, on May 13, the Lucky Bean in Melville, on May 17, is in Port Elizabeth on May 29 and Knysna on May 30. A date for Durban is still to be decided

The day the music died