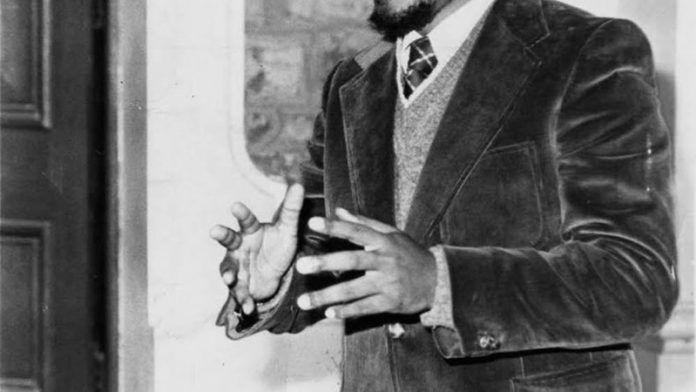 Take a lesson from Biko

You do not need to have been at a liberal or an Ivy League university to be able to assess the leadership potential of growing children (Lessons from the Rhodes statue’s fall). Being sensitive to a non-welcoming or non-embracing atmosphere is not a measure of the quality of potential leadership.

In Business Day, Xolela Mangcu referred to 181 African professors. They would look really professorial if they initiated their own African university, which would be an engine for African scholarship and progress, rather than displaying frustration at not being embraced by white liberal professors in a university created by their colonialist forefathers.

Whoever claims that the removal (or even destruction) of statues adds up to an erasure of history is very confused. Statues are erected as an honour to the person in whose likeness the image is made, so their removal or destruction is a destruction of that undeserved honour, not a revision of history.

History will always be on record in books, and the dishonour of evil men will be ever present in it. They cannot be brushed off, otherwise we would not understand evil and the heroism of those who sacrificed their lives to neutralise them.

Being content to keep the name of the country, South Africa, as devised by the colonists defeats the thrust of the removal of statues. Worse is the singing of a national anthem that includes a song composed to praise God for the success of colonisation – Die Stem.

Ironically, some of those protesting students have trained themselves to speak like the colonisers and prefer the colonisers’ language to their own. They are desperate to be embraced by institutions created in the pursuit of colonialism by people who showed no respect for the humanity of Africans.

African intellectuals at the dawn of the 20th century, such as John Dube and Sol Plaatje, initiated schools and newspapers in African languages. They did not only aspire to be reporters or editors of European-language newspapers.

If today’s students had the vision of exorcising colonialism, they should be demanding the creation of a university that provides African scholarship that will bring out their creativity and self-expression, rather than blaming others for not embracing them.

We Africans are no longer at the mercy of others. We are in power. Oppression stifled our ability to make progress. Freedom should mean taking responsibility to make it on our own. – Dr Kenosi Mosalakae, Johannesburg

Zuma is suffering from a case of Afrophobia

President Jacob Zuma is highly rated as a master of gaffes; he seldom applies his mind before speaking.

He mentioned that there are 4 000 Zimbabweans in South African jails. This has angered Zimbabwe. Previously, Zuma ridiculed Malawian roads, which was an Afrophobic statement. Zuma has also yet to take to task King Goodwill Zwelithini for his statement allegedly manipulated by the perpetrators of the recent xenophobic attacks.

I challenge Zuma to give us the figures of Eastern European, Brazilian, Colombian and Nigerian drug traffickers in South African jails. Zimbabwe deserves an unreserved apology from Zuma.

I have lived in South Africa for 15 years, contributing tax, employing workers and skilling them in small business enterprises – and yet we “foreigners” are killed, like my compatriot, the taxi driver murdered last year, and now Emmanuel Sithole. – Pedro Mshalazi, Nelspruit

The headline given to my Mail & Guardian piece on the Annual National Assessments, Beware the tyrannies of the ANAs, distorts the intention of the article. My own suggested title was “Good education – a matter of balance”.

The term “good education” alludes to the work of Gert Biesta of Luxembourg University, who takes a philosophical approach to educational matters. The matter of balance refers to a general view on sweeping statements and blanket criticism – of which we are all guilty!

The department of basic education’s assessment division is taking steps to ensure that the ANA systemic tests serve the particular purpose for which they are meant. I support that process in principle though I am aware of the limitations.

The “tyranny of numbers”, a phrase used as the title of a book by David Boyle, applies not only to ANA results but also to all the statistics that attempt to explain or inform education – or that claim more than is warranted. This abuse of statistics applies also to the media.

I see, though, that it is not “numbers” alone that are guilty; words can equally be misused to subvert good education, as in this case where the change of title substitutes “balance” with “tyranny”. – Caroline Long

Bravo to Dr T Hargey of the Open Mosque in Cape Town for his take on the now highly fashionable but non-Qur’anic custom of female headgear (Hiding hair is not Islamic).

It is so refreshing to find an Islamic intellectual articulating the religious facts behind this Wahhabi and Salafi import from backward places such as Saudi Arabia, Afghanistan and Yemen. Muslim women should not be duped by long-bearded clerics who say they are required to cover their hair or faces.

Dr Hargey should be congratulated for his bravery in challenging the sexist men who pose as learned scholars. – Waseela Tekin, Johannesburg