Marxism of a special type 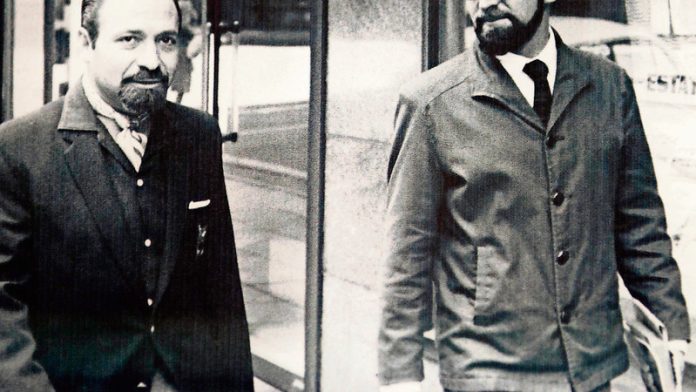 Harold Wolpe was most famous for escaping from police custody after his arrest, in 1963, as one of the Umkhonto weSizwe conspirators based at Liliesleaf farm. Had he not escaped, he would have ended up on the stand with Nelson Mandela in the Rivonia trial and would probably have been jailed thereafter. Instead, from his exile in Britain until he returned to South Africa in the early 1990s, Wolpe was a major political theorist involved in burning debates about apartheid, race and class before apartheid was finally undone.

As Steven Friedman’s title indicates and as the great “race/class debate” of the time shows, this was a nexus that attracted much attention from historical and political analysts. It is still, in many ways, a Gordian knot at the heart of South African political thought.

Wolpe wanted to clarify this issue and, as a Marxist, to show that class had a foundational role in the development and sustenance of apartheid. As a loyal member of the South African Communist Party (SACP), however, he had to try to do so within the ideological limits set by the party, which was, ironically, stuck in a position that gave primacy to race – not very far from that of the liberals.

More ironically still, despite the efforts of Wolpe and other radicals, the SACP paid no attention to these attempts to make its analysis more sophisticated and, indeed, more fully Marxist. It was concerned only with policing any deviations from the existing party line. Wolpe was suspected of going too far, but – perhaps because of his friendship with Joe Slovo – was not expelled from the party; academics whose work was close to his, such as Martin Legassick, were.

The strenuous debate about race versus class as the primary category of South Africa’s political economy was also about liberals versus radicals, the latter being a Marxist or “neo-Marxist” tendency that by the early 1970s had come to dominate academic discourse in this area. For liberals, apartheid was retarding proper capitalist development by creating job reservation and so on; for radicals, apartheid was a specific form of capitalism that would be ended by the mobilisation of the masses. (One might say the liberals were right, but they were right for Marxist reasons.)

Your view of how to end apartheid (which both liberals and radicals wanted to do) depended in part on your historical understanding and Wolpe’s early interventions, to use today’s buzzword, provided a class analysis of the development from colonialism to apartheid as ever-greater amounts of cheap labour were required by mining capital. His 1972 paper on cheap labour power was hailed as a breakthrough in Marxist historical and political analysis.

Wolpe went further than finding cheap labour at the core of capitalist development in South Africa. He also questioned the SACP’s formulation of the apartheid situation as “colonialism of a special type” (sternly abbreviated as CST, which makes it sound like some kind of medical procedure). The idea of CST was that the shape of apartheid society was conditioned by its colonial history, that in fact colonialism persisted in the division of South Africans into a rich elite (white) and an oppressed, impoverished underclass (black).

This idea, though a useful characterisation of a particular (post-)colonial moment, fails to develop any further. The easy conflation of race and class becomes a barrier to understanding later developments in the South African post-liberation polity. Race as a primary category becomes camouflage, you might argue, for emerging class interests – basically, the embourgeoisement of the formerly oppressed. This would be the weakness for a Marxist of Wolpe’s stripe and he would perhaps see it today in the student protests against the colonialism represented by Cecil John Rhodes.

The problems of CST were various. For a start, South Africa ceased to be ruled from Britain in 1910, so this idea might as well have been labelled, as Friedman notes, “post-colonialism of a special type” – and without any major changes to its basic conception, though it would have vitiated any revolutionary drive. Did the specialness of this colonialism lie in the fact that the colonists wouldn’t be going home to the metropole even after the colony ceased to be a colony, or because colonial forms had persisted beyond the end of the colony?

This problem goes back to the early days of the Communist International (Comintern), the united body of communists across the world formed soon after the Russian Revolution. Colonialism – and national independence or liberation from it – were chief among the matters with which the Comintern tried to deal in the years from its formation up to Lenin’s death in 1924. In fact, Lenin’s last intervention in this forum was to do with colonialism. His writ was deemed final and was upheld long past the dissolution of the Comintern in 1943.

What should communist revolutionaries be doing in colonies where there was, as yet, no proletariat? Well, Lenin knew from Marx’s account of the French Revolution that the liberal revolution had to happen before the socialist one, so colonial communists and other intellectuals (who were, anyway, the vanguard of a new middle class) should be supporting the struggle of the colonised against the colonial occupiers. This would be the “national bourgeois revolution”, to be followed at some later, unspecified date by a socialist revolution – presumably after the country had industrialised further and developed a bigger working class.

Hence the “two-phase” idea of revolution, and hence the ANC’s adaptation of the “national bourgeois revolution” into the “national democratic revolution” or NDR, though one might well ask whether it isn’t really still a bourgeois revolution. The idea that apartheid was a kind of capitalism to be fought by workers persists in the National Union of Metalworkers of South Africa’s breakaway from the Cosatu labour federation; these unionists would have liked to collapse Lenin’s two revolutions into one, or at least shorten the time between them to the minimum. Yet Numsa’s view is also, at base, closer to that of the liberals who saw capitalism outliving apartheid.

The ANC hauls the “second phase” out of its box when it tries to address the needs of the working and nonworking poor (as seen at the policy conference that preceded the Mangaung elective conference in 2012), but it does so without any particular conviction or coherence. The SACP hasn’t developed any new ideas on this since Slovo was buried in his red socks, and in the meantime the Economic Freedom Fighters have run off with its “Marxist-Leninist” red flag.

As Friedman shows, Wolpe moved beyond the hardcore Marxism of his 1970s work. In the 1990s, after he returned to South Africa and until his death in 1996, he focused on education and the incremental gains the working class could make in a bourgeois-democratic state (oy, Bernsteinian revisionism!), as well as taking an interest in a revised race-class analysis. Having traced the competing arguments that contributed to different understandings of the problem, Friedman is in a good position to give an intellectually sympathetic account of Wolpe’s evolution as a thinker – and to give a convincing case for “transcending Marxism”.

Friedman’s account includes many other voices, freshly interviewed for this project – people who knew Wolpe and those who studied with or alongside him, had these arguments with him or just got sight of his bared teeth across a seminar room. Their testimonies and takes on Wolpe enrich the text. A picture emerges of a fierce radical in black leather jacket, denouncing ideological deviation or lack of theoretical rigour, but also of his huge influence on thinking about apartheid, capitalism and political development in South Africa – and his devotion to the cause of education in South Africa in the 1990s. There’s a lovely snapshot, too, of the school of historical and political studies that cohered around Shula Marks in London in the 1970s.

This is an intellectual biography, but Friedman also provides some social analysis of Wolpe’s early milieu, which entails understanding why so many of South Africa’s early communists were Jewish. He also considers the role of the intellectual in popular political struggle, as Wolpe did, though perhaps rather sketchily.

This is enriching, but the book’s core strength remains in Friedman’s remarkable ability to work through these old, continuing and often confusing debates with the lucidity he does. He expands on them as they have developed in their particular political situations or petri dishes, and explains why much of what Wolpe and his like were grappling with theoretically is still on the real political and socioeconomic agenda.

Wolpe was a lawyer before he had to flee the country, and it was said that some of his legal training carried over into his political-historical writing – to its benefit. Friedman has plenty of that sense-making quality.

More than 3 000 employees out of 5 000 have accepted the packages. The state-owned airline, which went into business rescue, is likely to retain 1 000 workers
Read more
National

It’s do what we say, not what we do, as the ANC lays Andrew Mlangeni to rest
Read more
Business

South Africa’s steel producer’s earnings dropped in the first quarter of 2020 because of low demand and a lacklustre economy, exacerbated by the Covid-19 lockdown
Read more
Advertising
Continue to the category
Politics