Massive hype, even bigger money for Mayweather vs Pacquiao 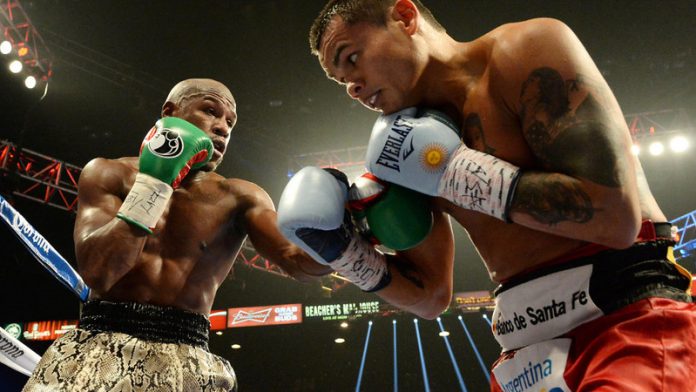 Fights of the century arrive every 20 years or so. The first in my lifetime saw Joe Frazier upsetting Muhammad Ali in 1971. But many consider the “Rumble in the Jungle” featuring Ali’s victory over George Foreman three and a half years later in Zaire (now the Democratic Republic of Congo) an even worthier candidate, albeit in retrospect. The most recent was Lennox Lewis’s knockout over Mike Tyson in 2002 – then the “richest” fight of all time.

All of these involved heavyweights, but the latest “Fight of the Century”, featuring two little men, both past their peak, has already dwarfed all the rest when it comes to money to be accrued.

The pay-per-view deal alone is worth about $300-million, the seats sold out in half a minute, of which cheapest was $3 500, and the whole shebang will generate about $430-million.

The boxers themselves will share $300-million with a 60-40 split in Mayweather’s favour.

The reason for all these numbers relates to the coming together of the very different ways these two men broke the boundaries of their sport.

Way too hot
Floyd “Money” Mayweather (38) is the man most people want to lose but he’s always been way too hot to satisfy that desire. He doesn’t drink and trains all year round but it’s hard to embrace his volatility, egotism and crass materialism (from his $25?000 diamond-encrusted mouthpiece to his inclination to throw around money or burn it). And then there’s his periodic inclination to hit women, which led to a short jail sentence in 2012.

His chaotic and sometimes brutal background is part of the explanation. One example: when Floyd was a year old, one of his uncles, seeking vengeance, burst into the house, aiming a pistol at Floyd Sr, who proceeded to use his son as a human shield.

The gunman then shot the father in the leg, ending his boxing career.

Floyd Sr put all his bitter, violent energy into teaching his son to box, but then he went to jail for drug dealing and so another uncle, Roger Mayweather (a former world champion), took over. Floyd Jr was always the project.

Although he has shown himself to be capable of supreme idiocy, “Pretty Boy” Floyd has also shown a canny ability to promote himself. If he needs to go Dancing with the Stars or to throw a punch or two in WrestleMania, then so be it.

Sublime skills
All this is premised on his sublime skills, but then again, it is more in the way he has exploited this ability than anything he does in the ring. His style can be boring for the casual fan. With his extraordinary reflexes and his shoulder roll technique, he seldom gets hit and, as he has moved through the weights, his own knockout ratio has plummeted – partly because he seldom throws punches with full power because of fragile hands.

But as he worked his way through the divisions – from an Olympic featherweight bronze to world titles in five divisions from super-feather to light middleweight – he has established himself as the “pound-for-pound” numero uno and has squeezed that sobriquet for all it’s worth.

The only man to challenge that claim is the Filipino hero, senator and presidential hopeful Manny “Pacman” Pacquiao, and with his big smile and sunny personality, he is seen by most as the white hat in this festering rivalry.

Which is not quite the whole picture. At least prior to his conversion to born-again Protestantism, Pacquiao’s philandering ways were out of control and he has an inclination to spend beyond his immense means and not pay his taxes. And then there’s the curious question of drugs testing.

These two were originally due to fight in 2010 after their two promoters, Bob Arum and Oscar de la Hoya’s Golden Gloves, reached a deal. But Mayweather insisted on one more detail: random, independent drug testing right up to the fight. Pacquiao refused, saying he was scared of needles. Result: the fight was scuppered.

Drug testing campaign
But Mayweather’s worthy campaign for serious drug testing took off, and Pacman was forced to ride this wave, after which he forgot about his fear of needles. Until then, he’d been knocking everyone out. After that, the knockouts came to an end. Coincidence?

Pacquiao won his first world title at flyweight (51kg), and then moved through the divisions at a speed even more impressive than Mayweather’s. He jumped three divisions to win his second world title by knocking out the South African Lehlohonolo Ledwaba.

He broke through in the United States by taking on the Parkinson’s-suffering former pro Freddie Roach as his trainer, and then by overwhelming the outstanding Mexican featherweight Marco Antonia Barrera.

Titles at five more weights followed and his wins included a career-ending stoppage defeat for De la Hoya in 2008.

He usually overwhelms his opponents with speed and power, but occasionally he falters. His nemesis is Mexican counter-puncher Juan Manuel Marquez. Officially Pacman won two, drew one and lost one of their fights but there are those who believe Marquez deserved all four – and the loss, two-and-a-half years ago, was through a spectacular knockout.

Still at his peak
That diminished Pacquiao’s reputation and purse share, but he’s impressed in his last four outings, using his considerable skills rather than the swarming style of old to get results. At the age of 36, he insists he is still at his peak, and Roach insists Pacquiao’s vital statistics are back to 2010 levels.

Mayweather hasn’t come close to defeat since 2007, but his past two wins, both against the Argentinian puncher Marcus Maidana, were hardly vintage Floyd. At the age of 38, his legs aren’t what they used to be, which means he spends more time on the ropes.

So who will prevail? There’s a chance Pacquiao’s speed and tenacity and his southpaw stance will overwhelm Mayweather, but it’s a slim chance. Mayweather is a better counter-puncher than Marquez and my sense is that he will survive some rough moments to slip and shimmy his way to 48 wins and no losses – probably on points.