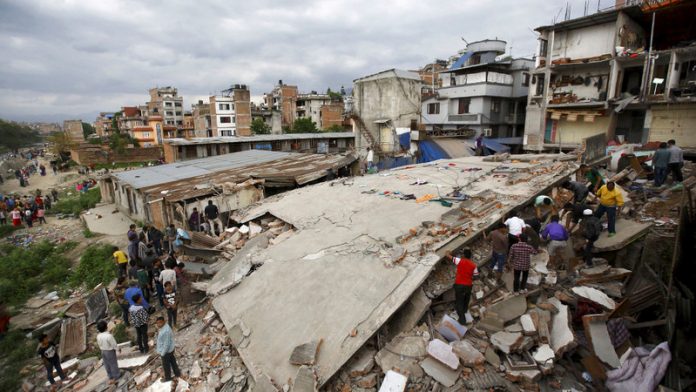 Rescue organisation Gift of the Givers, which has sent a team to Nepal to assist in the search and rescue operation, said that the South Africans were stuck on Langtang Pass, north of Kathmandu.

The death toll from an earthquake in the mountainous country is almost 5 500 and it is feared the toll will rise even more.

According to eNCA reporter Malungelo Booi, who is in Nepal with organisation, the two couples are with about 20 other people from other countries on the popular hiking spot.

No information was yet available on the identities of the missing South Africans.

Meanwhile, Pietermaritzburg advocates Elsje Bezuidenhout and Shane Matthews were reported to be “shaken but safe” after being caught in the chaos of the earthquake.

The couple was hiking from Namche Bazaar to Lukla when the earthquake hit, and are currently in Lukla with hundreds of other tourists all wanting to get home.

AFP reported on Thursday that rescue teams may have to trek for at least five days to deliver relief supplies to some of the areas worst-hit by the earthquake.

It is understood that the dog handlers have been in flux since Monday, with their flights to Kathmandu delayed several times.

On Thursday morning, the specialist team was still on South African soil, their efforts scuppered by an alleged delay in approval.

The dogs are a vital component in the search and rescue effort because they are able to locate victims or bodies buried under tons of rubble.

Approval
It is understood that the handlers arrived in Johannesburg on Monday, and by Thursday had still not received the relevant authority to leave the country.

The handlers refused to comment when approached by News24.

Health department spokesperson Joe Maila said the department was not made aware of the situation.

“There shouldn’t be a problem with letting them leave. I spoke to a manager…  at the airport. They should just provide their details to officials there,” he said.