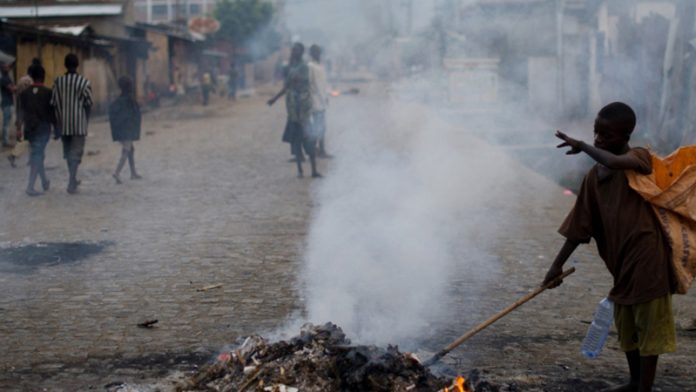 The statement came on Tuesday as dozens of protesters marched in the capital Bujumbura to say they would “never accept” a campaign they call illegal.

Nkurunziza’s announcement that he would stand in a June 26 vote has plunged Burundi into its worst political crisis since its ethnically fuelled civil war ended a decade ago.

“The renewal of the presidential term through direct universal suffrage for five years is not against the Constitution of Burundi,” a Constitutional Court statement said.

Al Jazeera’s Malcolm Webb, reporting from Bujumbura on Tuesday, said that people do not accept the ruling as at least four of the seven Constitutional Court judges had fled the country.

Facing pressure
Nimpagaritse told AFP news agency that the court’s judges had come under “enormous pressure and even death threats” from senior figures, which he refused to name, to approve the disputed candidature of the Nkurunziza.

He said that a majority of the court’s seven judges believed it would be unconstitutional for Nkurunziza to stand again, but had faced “enormous pressure and even death threats” to force them to change their mind.

“In my soul and conscience I decided not to put my signature to a ruling, a decision which is clearly not lawful that would be imposed from the outside, and which has nothing legal about it,” Nimpagaritse said.

“To create a climate of appeasement, the government is willing to release the young people who were arrested,” Bazombanza said.