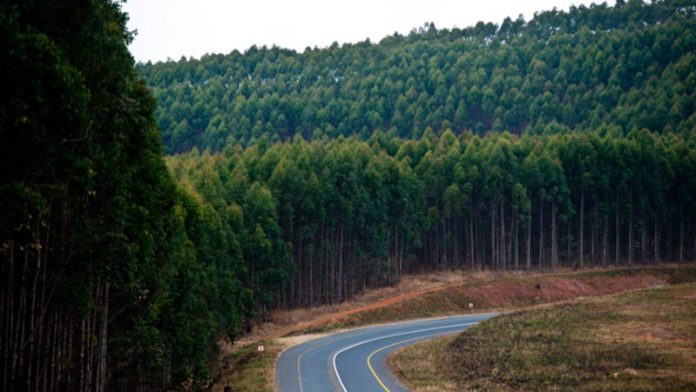 With increasing amounts of labour being casualised in the forestry sector, workers, increasingly employed on a non-permanent basis in forests and on plantations, are losing their homes and even basic services as they lose benefits that are the preserve of permanent workers.

This is despite amended legislation that means that all workers, regardless of whether they are employed on a contractual basis or through labour brokers, should have the same benefits.

These are people working in forests in the Southern Cape, mainly in pine forests. They are not seasonal workers and many have been employed for decades.

But the race to outsource work, employ labour through brokers and make use of contract labour is a worldwide phenomenon.

Exactly how many workers are in sectors such as forestry is difficult to track. Increasingly, workers don’t work in only one industry and may move from sector to sector. Seasonal labour on some plantations adds to the problem, as does the fact that increasing casualisation means more and more workers are employed by contractors and workforces are unstable.

Accurate data on the rate of casualisation across all sectors is difficult to come by, because workers employed by labour brokers are not always classified by sector.

But experts agree that the trend is global, and that the number of permanent workers in all sectors is shrinking.

New amendments to the Labour Relations Act mean that all workers, regardless of how they are employed, should be treated alike and be given benefits such as annual leave and medical aid.

But workers across sectors are reporting that their conditions are worsening as casualisation continues apace.

In the timber industry, so-called “”plantation” workers are hard-hit by the trend, according to Wally Menne, project co-ordinator for Timberwatch.

“To say there is widespread casualisation in the sector is an understatement,” he told the Mail & Guardian this week.

The organisation says the current policy among major paper and packaging manufacturers is to replace labour as far as possible through mechanisation. This is primarily for timber extraction, while the prevailing policy is to outsource plantation management.

“This has huge implications for increasing unemployment and poverty in timber production areas,” he says.

Twice a year, 400 people descend on a plantation in Mpumalanga. A source who rents a house on this plantation observes that when these seasonal workers arrive, they find no housing. They dig pits in the ground to use as toilets. Borehole water is contaminated and everyone gets sick, said the source. And only 100 of these people are workers – the others are children, husbands, wives, grandmothers who are dependent on the breadwinner. At the end they will move to the next plantation, and so it goes, said the source.

Research by forestry expert Jeanette Clerk, published in August 2012, showed that 82% of workers employed by large plantation growers were employed by labour brokers. Just 5% were fixed term workers, while the remaining 13% were permanent workers.

Meanwhile, according to Clerk, contract workers and workers employed by labour brokers earn 61% of their permanent counterparts for doing the same work.

Phumi Booysen of the Southern Cape Land Committee said tenure of land is increasingly problematic for workers who had housing subsidies before they became casual workers.

Booysen said a permanent worker typically earns about R2 500 to R3 000 a month for strenuous, dangerous work such as cutting down trees and maintaining forests.

The trend is true for forests on private land and state-owned land, he said.

There are 16 small communities between the forests, predominantly between Knysna, George and Riversdale, he said.

These townships mushroomed as workers moved closer to the forests to look for work and they remain a source of labour for plantation owners.

Booysen said many workers are not given the protective clothing and equipment that they were given when they were permanent workers.

Previously, permanent workers were given subsidised housing and electricity closer to the forests. The reasoning was that plantation owners wanted an early warning system in the event that a fire broke out.

When workers were fired or if they retired, they were given three months to vacate the subsidised housing.

But with workers increasingly finding themselves on “casual” contracts or in the employment of third-party contractors, they are no longer considered permanent staff and are not entitled to these benefits.

“Workers lose their houses, their electricity subsidies and some have even had their water and electricity switched off,” Booysen said.

Meanwhile, the increased number of non-permanent workers do not belong to unions.

Booysen said there is a perception among workers that unions are not interested in their needs because they are not permanent.

Instead, workers have organised themselves into informal forums or workers committees. This, too, is an increasing trend in other sectors, as casualisation has eroded the traditional base of unions: permanent workers.

Igshaan Schroeder, co-ordinator of the Casual Workers’ Advice Office in Johannesburg, says the trend is universal.

While his office does not work specifically with those working in the forestry industry, workers in other industries who are non-permanent have told Schroeder that unions are not interested in their plight.

“Often unions don’t want to organise labour broker workers or contract workers, but often the reasons are bureaucratic; it is difficult to collect subscription fees and so on. But these non-permanent workers say the unions ignore them and they don’t take up their issues,” Schroeder said.

The trouble with indiscriminate tree-planting in Africa