Super Rugby: A good run can still hit the skids 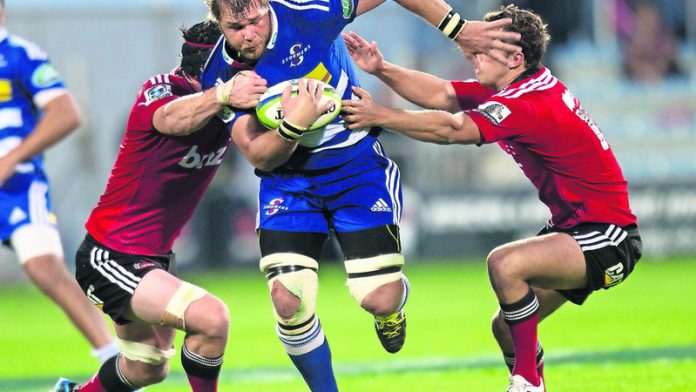 It’s banana-skin time in Super Rugby. Teams that have built up solid seasons and are now eyeing the play-offs are fair game for less lofty opposition, which are quite happy to provide slippery conditions, so to speak.

Last week it was the turn of the Cheetahs, who overturned a Stormers side that came to Bloemfontein as overwhelming favourites.

In the bowels of Free State stadium was a long post-match hiatus before coach Allister Coetzee and captain Duane Vermeulen arrived to face the music. The chances are that they had vented a good deal of frustration in the dressing room first.

That would explain why Vermeulen, in particular, was able to cloak his anger in a few revealing phrases.

“We pitched up a little bit arrogant after beating the Bulls,” he said. “There were a lot of chiefs and not enough Indians out there. Everyone wanted to give their five cents worth.”

Cut from a different cloth
This is not the kind of information the press is used to receiving, at least not in an open forum. A captain must be sure of his place in the world to apportion blame so publicly. Vermeulen is cut from a different cloth to most. He is the best player in the side and a natural leader, but even so it is possible he regretted referring to some open wounds so candidly.

Clearly there is much going on under the surface at the Stormers and the captain is not happy about it. Perhaps he thought that bringing it out into the open was one way of dealing with it.

This week will be the acid test for whether it worked. The Stormers are back at Newlands and have the chance to break back into play-off contention if they beat the Brumbies, who are currently third on the combined log.

The Stormers have 30 points, two less than the Brumbies, and could move past the Bulls into second place with a bonus point win.

The Bulls have 34 points, but have a bye this week before travelling overseas. But securing second place is a complex issue, with several other fixtures likely to affect the top echelons of the log.

From the perspective of the Australian conference, the Brumbies will be hoping that the Force can overcome the Waratahs in Perth. The Force are in last place on the overall log with 10 defeats from their 11 games. Remarkably, however, their sole victory was against the Waratahs in Sydney in round one, back in the second week of February. This is classic banana-skin territory.

The Stormers will also be hoping for a leg up from the Lions, who play the Highlanders in Johannesburg in the early game on Saturday.

The Highlanders were impressive in walloping the Sharks in Dunedin last week, but this week they have undertaken the longest haul possible in the competition, flying from the extreme southerly point of New Zealand to Johannesburg.

More pertinently they travel across the time zones from sea level to the Highveld. Under the circumstances, the Lions should expect to win and thereby continue to apply pressure in the higher echelons of the South African conference.

Refereeing error
It is fair to say that the Lions were hard done by against the Bulls at Loftus last week – 25-10 down after half an hour, they took the lead with a splendid try in the 55th minute. Ten minutes later, a refereeing error turned matters back the way of the Bulls. Marius van der Westhuizen penalised Warren Whiteley for coming in at the side of the ruck, ignoring the fact that there was no one bound over the sole Bulls player on the ground, the basic requirement for a ruck to be established.

Whiteley’s protestations of innocence fell on deaf ears and, from the restart, Pierre Spies took a quick tap and drove over for a try.

It is sad to think that video reviews are instituted for the least important of reasons, but when a howler such as this is made, teams have no recourse. The Varsity Cup has tried a white card system, which allows coaches to stop the game and ask the referee to review a passage of play. It is a cumbersome system that takes too much momentum away from the contest, but a variation of it might help avoid such blatant miscarriages of justice.

It is possible that losing a match they might have won at Loftus will be the difference between the Lions making the play-offs or not. But if it is not to be, it might save the franchise some unnecessary grief, for it is getting harder than ever to believe that anyone can stop the Hurricanes. In the event that they earn a bonus point win against the Sharks in Wellington this week, they will move to 48 points, 14 ahead of the Bulls after the same number of games.

The idea of the Sharks stopping the Hurricanes’ momentum is fanciful in the extreme. If there was one moment that summed up the Durban franchise’s entire season it came against the Highlanders last week. Scrumhalf Conrad Hoffman declined to place a hand on the ball over his own tryline, allowing the honour to go to a grateful opponent. It is one thing to be beaten; it is another to be complicit in the process.