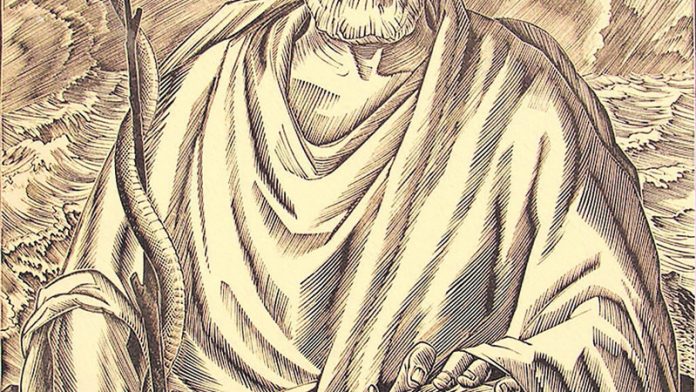 Responding to Judge Hans Fabricius’s ruling on April 30 that Robin Stransham-Ford be permitted to seek assistance in ending his life, Health Minister Aaron Motsoaledi expressed opposition to assisted suicide, saying “only God can decide when a person dies”.

It’s doubtful you’d be able to find a medical school still using early translations of the Hippocratic oath, never mind the original Greek version. But the unrevised English version opens with something like: “I swear by Apollo the physician and Asclepius, and Hygieia and Panacea and all the gods and goddesses … that, according to my ability and judgment, I will keep this oath …” It will furthermore ask physicians to comport themselves in a “Godly manner” without “seeking reward”. The point is it is nothing like the modern understanding of the oath, in which that understanding is typically summarised in the phrase “first do no harm”.

This, in turn, means when you appeal to the Hippocratic oath to justify (or rule out) some course of action, you’re already appealing to an interpretation of that oath – and you’ve already admitted the oath expresses guiding principles rather than absolute rules. Discussions about assisted suicide must then also allow for further interpretations of that principle, including the question of whether more harm might be caused by keeping someone alive if they are in pain than by allowing them to die – or hastening their death.

We don’t have to think a life ending is automatically a harm trumping other harms. Not only because interpreting the oath as guiding principle rather than an absolute rule allows for “avoiding harm” to (on balance) mean “cessation of life”, but also because physicians don’t follow the oath to the letter anyway.

Perhaps Motsoaledi’s view is different; if I heard my surgeon swearing to Apollo, I’d try to find a new one before the anaesthetic kicked in.

Talk of Apollo brings to mind other gods, including the Christian God Motsoaledi presumably refers to. Arguments involving the wrongness of “playing God” are almost always spurious and often disingenuous in only being deployed to suit conclusions you like, rather than ones you’re opposed to. We play God when we take antibiotics or fly to foreign countries in devices we’ve invented for that purpose. None of these activities are possible without our manipulating the world around us – which only goes to show that doing so is as “natural” as anything else.

We make choices based on what we value, and try to find ways to bring those choices to fruition – including alleviating pain in the most effective way possible, namely ending our capacity to feel that pain. It is to God’s discredit if she doesn’t want to permit or condone this course of action. It is to our discredit, if we choose to rely on self-serving interpretations of centuries-old oaths, to evade the moral responsibility of eliminating suffering where we can.

The view that ending a life is forbidden because life is “sacred” is permissible as Motsoaledi’s personal view; it cannot be the basis for policy in a secular country such as ours.

A secular argument against assisted suicide might say – and often does – allowing doctors to take the lives of their patients will encourage the premature cessation of life, perhaps because of relatives wanting to cash in on insurance policies, or because hospitals want to clear hospital beds so that more profitable patients could occupy them.

Whether this is true or not is an empirical matter, rather than one to be answered by appealing to gods. And the evidence we have from countries such as the Netherlands and Belgium is that assisted deaths decreased, rather than increased, when assisted dying was made legal. One hypothesis is that knowing the option is available is comfort enough – one no longer feels as strong a need to seek it out.

Legislative safeguards will prevent the worst abuses that might result from legalising assisted dying. Some might say safeguards are not enough – that risking even one death for this sort of motive is one death too many. And here is where our various interpretations of “harm” are directly relevant – physicians are always, or at least often, making decisions about treatments that might cause harm but on balance are thought to stand the best chance of avoiding harm.

Ending a life is one option in a range of interventions for the purpose of serving that goal. It can be ruled out as permissible if the evidence shows it leads to greater harms. But nonsecular grounds are irrelevant, in advance of, and after, presentation of any such evidence.

Jacques Rousseau teaches at the University of Cape Town, and chairs the Free Society Institute. A version of this column first appeared on synapses.co.za