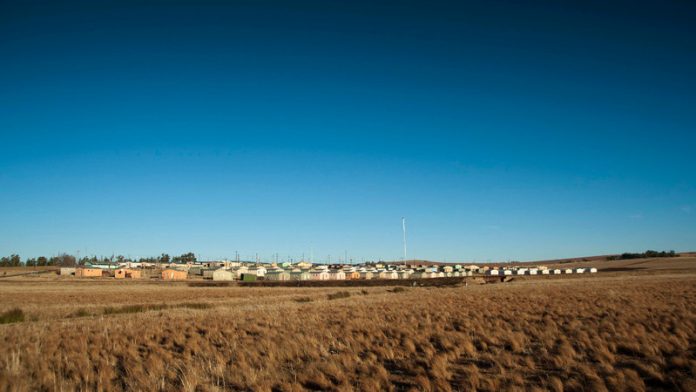 South Africa’s economy has a hole where a million jobs should be. Almost every other economy has relied on housing construction to absorb low-skilled workers.

In the West, housing construction helped the British weather the Great Depression better than many other economies.

Construction creates many jobs, and is particularly well suited for low- and medium-skilled young men, who are at the epicentre of South Africa’s unemployment crisis. Construction also creates demand for building materials, many of which are heavy and hard to ship, leading to further local job creation. Conservatively, each construction job creates one other in supplier industries.

Two approaches can illustrate the potential in South Africa.

On a comparative basis, when there is a backlog of pent-up housing demand and strong demographic growth, construction should account for 8% to 10% of the total workforce. In South Africa, that figure is closer to 6%, amounting to a “gap” of roughly 500 000 jobs.

Conservatively, each year about 60 000 to 100 000 houses are completed and almost 450 000 new households are formed. Assuming, again conservatively, that each house takes two or three full-time workers one year to build, closing just half to two-thirds of that gap produces the same figure, without even factoring in a backlog. Add in the multiplier and an estimate of a million jobs is a cautious one, if anything.

These jobs are not missing from government-provided housing. The most important source of missing jobs is low- and lower-middle income private housing.

To anyone who has spent time in a quickly growing emerging market, its absence in South Africa is immediately apparent. For example, two decades of public investment has transformed Soweto’s infrastructure and its housing prices are rising. But it should be crawling with builders as existing and new families upgrade, renovate or reconstruct their homes. Instead, there are few to be seen.

This is because of constraints on both supply and demand, but the evidence suggests demand is the more significant problem. During the mid-2000s boom, approvals for flats and townhouses tripled in a few years. If supply constraints were binding, they should have stayed flat.

After adjusting for inflation, we have seen little price growth, especially compared with Britain, which has a similar shortfall to us – about 400 000 homes a year – but its constraints are on the supply side.

Last, unlike many other sectors, internal reports in the construction industry rarely dwell on regulatory or other hurdles.

Conversely, demand requires a well-functioning mortgage market, and there we do stand out. Less than 2% of mortgage credit in South Africa goes to households with an income of less than R15 000 a month, and less than 10% of mortgage bonds are less than R300 000. Without credit, the market for mass-scale private housing construction will simply not come into being.

There are many reasons for this.

First, the rampant growth of unsecured consumer credit has impaired the credit records of many households.

Mortgages are secured, so they outrank other credit when it comes to claims, but enforcing that involves transaction costs and risks that the banks are reluctant to bear.

To appreciate the implications for the economy of this misdirected credit, simply picture all the different ramifications of R100 000 borrowed to pay for imported luxury products and the same amount spent on building and renovating homes.

Second, there is a chicken-and-egg problem in new housing markets. The statistical models used to grant or deny credit create a kind of red lining. If there is no market, onward sales values are depressed, leading to properties being rejected by mortgage credit-scoring models, leading to fewer sales.

These problems are far from insoluble and the government is aware of them. There have been many reports about the gap market in housing, but the policy response so far has ranged from nonexistent to poorly designed.

The finance-linked individual subsidy programme is the flagship policy of the department of human settlements. It provides a cash subsidy for a deposit for first-time homeowners who have qualified for a mortgage. Unfortunately, it is ill-conceived.

First, it does nothing to deal with the actual problem – the inability to obtain mortgages in the first place.

Second, it excludes home upgrades and renovations, which improve lives and create jobs just as first-time purchases do.

Third, it is likely that a large part of the cash subsidy is simply passed through into higher house prices.

There is also the National Housing Finance Corporation, that has the explicit mission to improve access in the gap market. But it seems to be involved mostly in occasional initiatives to supply affordable housing, instead of making a vigorous attempt to unlock demand.

The good news is that there is a wealth of international experience on which we can draw to fix this problem. First, there is a credit guarantee mechanism, which takes many forms, from local or national housing funds such as those in China, Korea and elsewhere to loan insurance, such as the Federal Housing Administration in the United States. A fund or agency like this will pool the risk from a huge volume of mortgages, providing a guarantee to the issuing banks of some portion of any loss.

This cannot be done simplistically. An instrument such as this has risks. Incentives for the proper screening of borrowers must be retained and the risks to borrowers and banks must remain. The details matter.

We are almost alone in not having such a policy instrument and some people might ask how we could pay for something like this, given the constraints on our budget.

Second, we have enough poorly designed programmes that could be shut down to free up funds.

The subsidy programme is the obvious candidate. Another would be to end the tax deduction for interest on second homes, a baffling subsidy for high-income property investors.

More generally, what may be most surprising is the almost complete absence of policy debate on this topic. Between calls for “structural reforms”, which are usually vague or unsound, and the chimera of manufacturing jobs that are about to disappear from the world, let alone in South Africa, we have a million jobs that are missing both in talk and in action. Whether through these or other means, it is time we fixed that.

Luke Jordan is a co-founder of Grassroot. He has worked for McKinsey & Company and the World Bank in China and India. Laurence Wilse-Samson is an economic consultant at Cornerstone Research in New York. He has a PhD in economics from Columbia. The opinions expressed here are their own.