Maybe magic will save African Bank 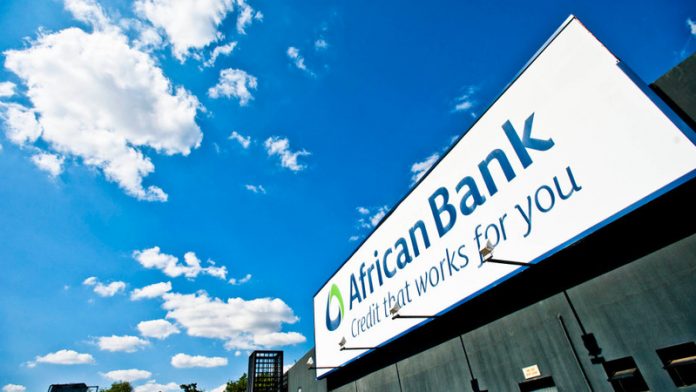 Public money is on the line as efforts to save African Bank continue, but the findings of an official in-depth investigation into what went wrong with the business may never be made known.

The bank was put under curatorship by the South Africa Reserve Bank in August last year, prompting reports about incidents of reckless lending from debt counsellors. Shortly thereafter advocate John Myburgh was appointed to investigate its business, trade, dealings, affairs, assets and liabilities, “amongst other matters”.

In September last year he was given five months to investigate and one month to write up his report, after African Bank was put into curatorship after it said it needed to raise R8.5-billion in a new round of funding from shareholders.

The duties of a commissioner, in this case Myburgh, are outlined in the Banks Act and the Inspection of Financial Institutions Act. Section 69A of the Banks Act prescribes that the resultant report from such an investigation be kept private.

The legislation states: “Any examination or any report by a commissioner under this section shall be private and confidential unless the registrar, after consultation with the minister, either generally or in respect of any part of such examination or such report, directs otherwise.”

Investor funds
On the line in the bank rescue are investor funds, including pension monies, which had been invested in African Bank. The Reserve Bank has extended a R7-billion guarantee in taxpayers’ money – although the government is hopeful there will be no need to draw down on it – and is also part of a consortium that undertook to underwrite R10-billion in raising capital for the failed entity.

This means evidence that has come to light will not be admissible in criminal proceedings, except for those who commit the offence of refusing to appear or to be a witness, or who furnish the commissioner with false information.

Myburgh told the Mail & Guardian he submitted his report in February this year and had “no idea” what was happening with it. The registrar of banks referred the M&G to the Reserve Bank’s group head of strategy and communications, Hlengani Mathebula, who said: “The Myburgh commission has concluded its work and the report has been handed over to the registrar of banks. The registrar will consider the next steps, once he has reviewed the findings in the report.”

The Banks Act stipulates a report should be submitted to the attorney general (now the National Prosecuting Authority, NPA) if it appears that any business of the bank, or a party carrying out its business, was done recklessly or negligently or with the intent to defraud its depositors, other creditors, or anyone else.

Myburgh did not respond when asked by the M&G whether the NPA had been given a copy of the report.

Potential court case
It is possible that Myburgh’s findings could lead to a court case despite the confidentiality provisions of the Bank’s Act.

Previous examples demonstrate such an investigation can lead to criminal proceedings. This was the case with the Regal Treasury Private Bank. Its chief executive, Jeff Levenstein, was found guilty on three counts of fraud and one in contravention of the Companies Act and was sentenced to eight years in jail.

The wheels of justice turn slowly. Myburgh, also the commissioner in the Regal Bank investigation, submitted his report in 2002; Levenstein’s final judgment came in 2013.

That Myburgh’s investigation into African Bank could have found evidence of reckless lending was a “distinct possibility”, said Jean Pierre Verster, an analyst at 36One Asset Management. “The fact that the loan origination has roughly halved indicates the level of activity was probably unsustainable in the first place … They would appear to have been lending to people who could not afford these loans.”

Indications of questionable business practices emerged in Parliament: Die Burger reported in September last year that the minister of trade and industry had said the National Credit Regulator was aware that African Bank had transgressed a provision of the National Credit Act in charging more than R600-million in excessive charges and, in effect, contravened the in duplum rule. This rule states that the amounts accrued during the time a consumer is in default may not exceed the unpaid balance of the principal debt under that credit agreement.

However, in its integrated report for the year ended September 30 2013, African Bank explicitly stated no charges contravened this rule.

Red flag
That was a red flag, said Verster. “They misrepresented the situation in the annual report. Whether it was a wilful or negligent misrepresentation, it’s just one example that we know of that the commission could find. There could be more.”

Olga Constantatos, process manager for credit and equity at Future Growth Asset Management, said: “I don’t think the regulator is under any obligation to release the findings. I think the credibility of the regulator and many others would be at risk if that scenario [the release of evidence of reckless lending, negligence or fraud] eventuated. It might open the door for action from investors and creditors.”

The appointed curator of African Bank continues work on restructuring the bank into “good” and “bad” banks, but has faced continuous delays. One such delay is the bank’s annual financial results and audited financial statements for the financial year ended September 30 2014 are yet to be released.

The curator’s efforts yielded two positive outcomes this week. First, former Wesbank chief executive Brian Riley was announced as the new head of the “good bank”. Second, the Banks Act Amendment Bill, which had received resistance from some African Bank debt holders, was approved by the National Assembly on Wednesday and is expected to help the restructuring of African Bank because it gives a curator more power to dispose of assets and transfer liabilities.

The Reserve Bank owns 50% of African Bank, the Public Investment Corporation owns 25% and a consortium of private banks own the remaining 25%
Read more
Business

The African Bank, which relied on unsecured lending, has diversified its product offerings
Read more
Business