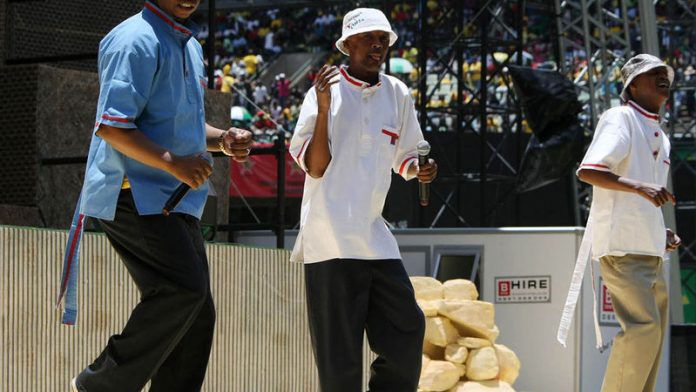 More often than not, when artists stumble into each other they chat about the state of the arts.

So it was inevitable that, during a recent conversation I had with music legend Ray “Chikapa” Phiri, of the ground-breaking Stimela ensemble, we engaged on the subject.

I am writing this piece at a time when Eugene Mthethwa, of kwaito outfit Trompies fame, gave a tongue-lashing to the broader artistic community. What got Mthethwa’s goat was the failure by, dare I suspect, celebrated artists to support a “silent” anti-xenophobia protest march.

Because I cannot claim to be a celebrated artist, I choose to cling to the coat-tails of my artistic elder, Bra Ray, in a layman’s attempt to throw my hat into the ring on the ongoing state of the arts discourse.

Indeed, Bra Ray and Mthethwa have to agree with me that there is a growing sense of alienation sweeping through the artistic community, in terms of support – or its lack – from both the state and the private sector.

I have had my own surprise moments as a pretender to artistic excellence that may or may not help to unpack the gloom on the arts circuit.

Several years ago, when my novel, We Shall Not Weep, was released, I received correspondence from the organisers of a major fiction award, saying something to the effect that for some technical reason my entry could not reach the panel of judges.

Poetic justice was to follow a few years later, when the self-same organisers enlisted me on its panel of judges for another round of the same awards.

Ah, it is this poetic justice that should nudge us, the alienated artists, never ever to give up.

I have been writing this column for close to a year now, and the response from readers has been humbling. Some columns drew overwhelming feedback – both for and against – whereas others seemed to have passed unnoticed, or so I think.

Allow me to mention some of the regular readers of this column, among them George Venter, Zebrazulu, Khayelihle Gama, Phillip Machanick, Madison le Bour and many others. It was your debates around the various columns that kept me ploughing on, folks.

I have it on good authority that the most widely read of these pieces was one about a working-class Afrikaner fellow in Orania, who proudly showed me the picture of his black girlfriend on the screen of his mobile phone.

Lo and behold, I recently received an official endorsement to research and write a book about Orania, that beautiful bit of Africa along the banks of the mighty Orange River, which is home to some members of the continent’s white tribe.