Family denies flying Mbalula to US for Mayweather match 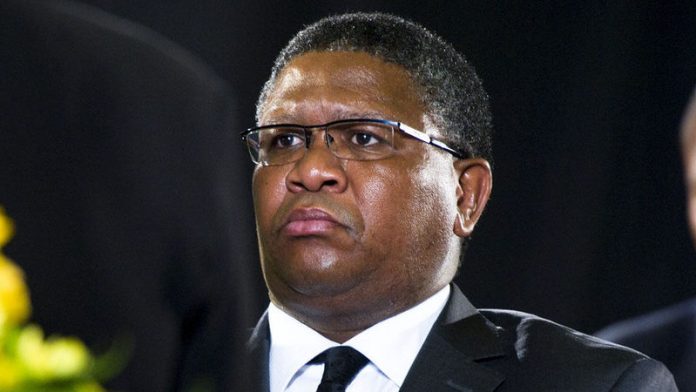 Beeld newspaper has revealed that boxing champion Floyd Mayweather was spoilt at the Madikwe Game Reserve by the Ichikowitz family last year – and flown around in their luxury private jet – all thanks to Sports Minister FikileMbalula.

His brother Eric (44) confirmed to Beeld that Mayweather was entertained in January at the Molori Safari lodge, situated in the Madikwe Game Reserve, and that the family also paid for his flights.

Last year he said it was on request from the government’s sports department, but on Wednesday he said he had offered to host Mayweather when he heard of his planned visit.

He said he was a huge Mayweather supporter and when he heard of his planned visit to the South Africa, he made contact with Mbalula – who he has known for “many years” – and offered to help with the trip.

According to Eric, the family did not pay for Mayweather and his entourage’s flights to and from the US. He also denied that Mbalula had used their company Fortune Air’s Boeing 727-200 to fly to the US.

“That is nonsense. Our planes did not fly international over the weekend.” – News24

The taxi industry is the backbone of South Africa’s public transport system. But its drivers, at the mercy of their bosses and government, are struggling to survive the new Covid-19 rules
Read more
Advertising
Continue to the category
Education