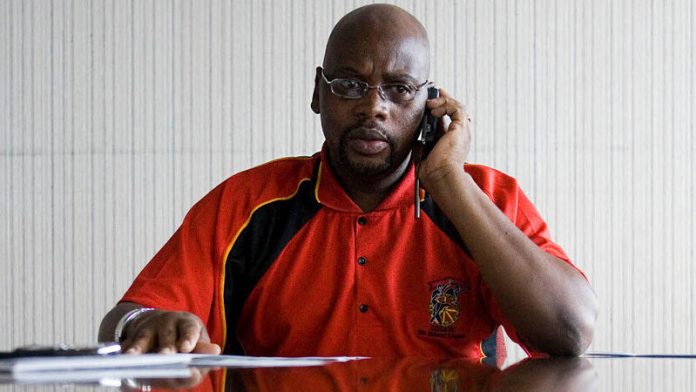 Cosatu will neither elect new leaders nor consider appeals regarding its decision to expel former general secretary Zwelinzima Vavi and the National Union of Metalworkers of South Africa when it holds a special congress in July, the federation’s president Sdumo Dlamini told the Mail & Guardian on Monday.

This came after the high court in Johannesburg on Monday ordered Cosatu to hold a special national congress in July, as requested by eight Cosatu affiliates including Numsa. The court handed down a declaratory order on Monday and Cosatu has agreed to the order.

He said both Vavi and Numsa would have to wait for the ordinary national congress if they wanted to appeal their expulsion from Cosatu.

Vavi was expelled from the federation after he twice snapped Cosatu’s central executive committee meetings in protest against Numsa’s expulsion. Numsa was expelled from Cosatu after it took a resolution not to support the ANC during last year’s general elections. Several attempts by the ANC task team led by deputy president Cyril Ramaphosa to bring about unity within the federation failed to bear fruits.

Dlamini said the rebel unions only identified two issues to be discussed by the special national congress.

“They said they want to discuss unity and cohesion and leadership. They didn’t say the want to elect new leadership,” said Dlamini. He said the preparatory structure set up to prepare for the special national congress would decide on the agenda of the special congress soon.

Court order a victory
Numsa spokesperson Castro Ngobese welcomed the court order as a victory for workers and that it affirmed the superiority of the federation’s constitution.

“Furthermore, the court order has buried the continuous flouting and undemocratic disregard of the constitution by Dlamini and his grouping. Numsa and its allies have been calling for the special national congress (SNC) over the past 18 months, in order to allow the owners of the federation – workers – to deal decisively and unapologetically with the paralysis that has emerged within the federation, immediately after Cosatu’s 10th national congress, last held in 2012.

“The Court order puts us a foot ahead, as we reclaim Cosatu from the forces that are hell-bent on turning our federation into a blunt weapon and a conveyor-belt of neoliberal and anti-working class polices, that will serve the interests of the butchers of the working class who are currently in power,” said Ngobese.

Dlamini said he was not worried about the court order as Cosatu had already agreed to convene the special congress.

“People say it’s a victory [for working class]. There is no victory here. We [Cosatu] and rebel unions reached a settlement last week already. They [rebel unions] approached us and we accepted [the proposal to convene the special congress in July].”

Numsa and other rebel unions held marches in all major cities across the country, to submit a memorandum to authorities on socio-economic demands. Cosatu’s May Day rally in Durban was addressed by president Jacob Zuma. “A number of their [rebel unions] members participated in Cosatu [activities on May Day]. They will continue to participate in Cosatu. We expect them [rebel unions] to be in the next CEC meeting of Cosatu and prepare for the special congress,” said Dlamini.

He dismissed claims that Cosatu has been turned into a labour desk for the ANC.