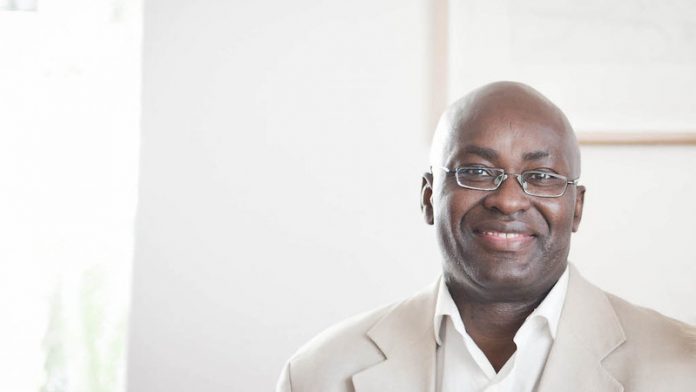 Achille Mbembé‘s On the Postcolony is republished this month by Wits University Press in an African edition that features a brand-new preface by Mbembé. We published the edited preface below.

I wrote most of On the Postcolony at night. It was in the early 1990s, as the deep shadow of Afro-Marxism was receding. Then, it seemed as if the study of Africa was caught in a dramatic analytical gridlock. Many scholars were peddling increasingly unhelpful maps of the present at the very moment that new dramas were taking shape.

As the crisis in the social sciences was intensifying, innovative trends, even a new kind of thinking, were emerging in fields as disparate as design, fiction, fashion, painting, dance and the domain of aesthetics in general. In all these disciplines of the imagination, something of a reconciliation between so-called African identity and a certain idea of worldliness, if not cosmopolitanism, was in the making.

But a proper biography of On the Postcolony would be impossible without a direct reference to African music. I discovered Congolese music in the late 1980s – a time of structural adjustment programmes, wars of predation, cruelty and stupidity parading as leadership, military coups and deferred social ­revolutions. The emotional sublimity of the Congolese musical ­imagination taught me how indispensable it was to think with the bodily senses, to write with the musicality of one’s own flesh.

With this music I could feel not only the movement of power, but also the truth of WE du Bois’s injunction: “Life is not simply fact.” Music has the capacity to marry soul and matter. Indeed, in Africa, music has always been a celebration of the ­ineradicability of life, in a long life-denying history. It is the genre that has historically expressed, in the most haunting way, our raging desire not only for existence, but more importantly for joy in existence – what we should call the practice of joy before death. 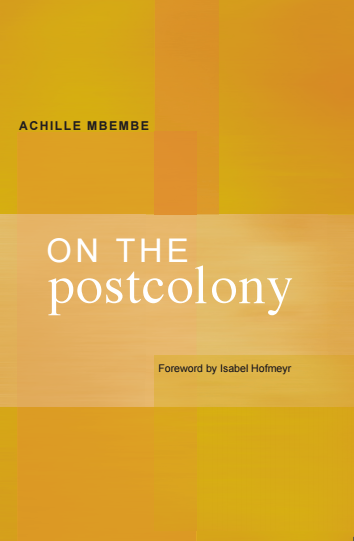 The African novel is the other direct biographical element of this book. From the late 1980s onwards, the best of the African novel was already celebrating the demise of the nationalist project and of Africa’s post-independence rulers’ claim to stand for the Father. At the same time, the novel was alerting us to the appearance of new, uncommon forces that we could neither quite grasp nor yet capture in the then dominant conceptual languages (development, state-society relations, civil society).

I had begun reading the work of the Congolese writer Sony Lab’ou Tansi in the late 1980s. Whether in La vie et demie, L’État honteux, Les sept solitudes de Lorsa Lopez or La Parenthèse de sang, experimentation always came before ­ontology. Unexpected bridges were built between abstraction and concreteness, reason, emotion and affect, the conscious, the unconscious and the oneiric. Art and thought were made to come alive and to resonate with one another.

Tansi’s idea of an agreement constantly deferred in order for new questions to be introduced revealed the need to expand the dictionary for a rethinking, a reinvention, to happen – for difference to become productive. Contingency, uncertainty and ephemerality appeared to offer a vast reservoir of freedom and free play. I found the same ability to seize the ephemeral in Amos Tutuola’s L’ivrogne dans la brousse and in Yambo Ouologuem’s Le Devoir de violence.

This is when I decided to write a book that would make a space for resonances and interferences across different modes of thinking, neither of which would be situated above the others. The best way to do this was to explore what a political and aesthetic critique of the Father might look like in the Africa of the last quarter of the 20th century and how, because of its powerful resonances – and hopefully its explanatory uniqueness – a critique of the Father (the “Thing” and its doubles) would enable us to write an alternative history of our present.

Of On the Postcolony, it can therefore be said that it is an attempt to uncover what lies underneath the mask of the Father. What form does the Father take in the aftermath of colonialism stricto sensu? What does his face look like? What are his shapes? What is produced by means of the Father and what surfaces does he engender?

To paraphrase Deleuze, what I found was something like a “goat’s ass” that lived under the curse, and stood opposite the face of a pagan god – death concealed in the darkness as well as darkness in the full light of day, shining and stinking. On the Postcolony therefore looks at the ways in which this Phallos in the shape of a goat’s ass stages itself and how it is refracted in the consciousness of those who are under its spell – in short, what life, lived under its sign and as a result of its (de)generative power, is about.

This way of thinking and writing is very much a product of my training in specific post-war French traditions of intellectual life (re-presented by, for example, Bataille, Merleau-Ponty, Foucault, Blanchot, Deleuze). But, as I have already said, it is also rooted in my reading of the Francophone African novel and my ­listening to late 20th-century African music.

What both traditions have taught me is that to think is to experiment. To think is also to recover and rescue the figurative power of allegory as it applies to specific realms of human experience, of which it is the adequate form of expression, or the conceptual language in which that experience alone can be expressed. To think is finally to embark on a voyage of the mind and to write is a form of enjoyment. This is why, in On the Postcolony, I wanted to experiment with the sensation that comes from a mind that is ready to let things go off in unforeseen directions, at the risk of coming face to face with unspeakable desires and fears and waking up the daemonic agencies of our underworld.

This is perhaps the reason why those who have read On the Postcolony without a philosophical ­disposition have characterised it as pessimistic. I come from a tradition in which “to think” (penser) is the same as “to weigh” (peser) and “to expose”. To think critically is to work with the fault lines, to feel the chaotic touch of our senses, to bring the compositional logics of our world to language.

Critique is witnessing as well as endless vigilance, interrogation and anticipation. A proper ­critique requires us first to dwell in the chaos of the night in order precisely to better break through into the dazzling light of the day.

We enter this “dark night of language” when its symbolising powers are suddenly crippled and, instead of revealing what is hidden within the self-evident and what lies beneath the surface, behind the mask, language circles in on itself and hides what it should be showing.

From art, literature, music and dance, I have learnt that there is a sensory experience of our lives that encompasses innumerable unnamed and unnameable shapes, hues and textures that “objective knowledge” has failed to capture. The language of these genres communicates how ordinary people laugh and weep, work, play, pray, bless, love and curse, make a space to stand forth and walk, fall and die.

Literature, and music in particular, are also practices of desecration and profanation. Each in its own way involves a paradoxical and at times risky play with limits – both the limits set by moral or political orders and those that shape language and style, thought and meaning.

The quiet force of African aesthetic practices is to be found in the way they see every moment or instant of human existence as both entirely fortuitous and at the same time utterly singular. In the best tradition of African art, music, literature, every moment of human existence is made up of points of intensity that are never stable. There is nothing in On the Postcolony that could resemble a linear history. Africa will never be a given.

But confronting the archive and interrogating the future help us to reflect critically on the present – the present as that vulnerable space, that precarious and elusive entry point through which, hopefully, a radically different life might make its appearance. There is no future without hope – the hope that we might bring this radically different temporal life into being as a concrete social possibility, as a systemic transformation in the logic of our being-in-common and being-in-the-world as human beings.