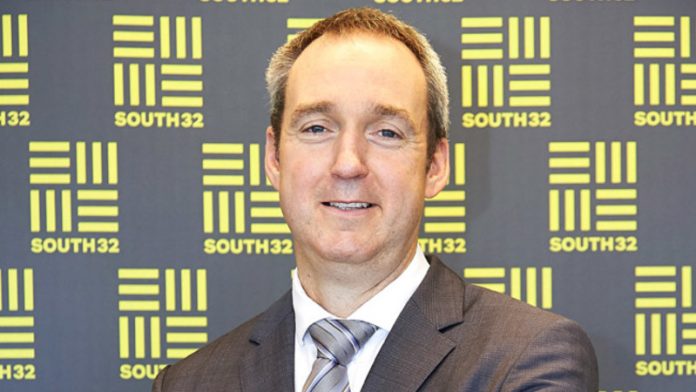 South32, the spin-off company from mining giant BHP Billiton that began trading at the JSE on Monday morning, will have to be “more nimble, more entrepreneurial and more agile” in order to respond to softer market demand.

This was said by South32 chief executive Graham Kerr, who had rung the bell in Perth earlier in the day as the company started its first day on the Australian stock exchange, its primary listing.

South32, spun-off by mining giant BHP Billiton in a bid to simplify its portfolio, debuted with a market cap of $9.1-billion on the Australian stock exchange.

South32’s listing follows the unbundling of Billiton’s assets and is now an independent diversified metals and mining company.Its assets include coal, silver, manganese and lead mines in South Africa, Australia, Mozambique and Colombia.

The demerger was a logical way for BHP Billiton to focus on its core assets, which now include iron ore, petroleum, coal, copper, and potash basins. It hopes this will reduce costs and unlock shareholder value.

Billiton said South32 would be “a substantial company with a diversified portfolio of high quality, cash- generative assets and a strong balance sheet” and eligible shareholders would receive one South32 share for every BHP Billiton share.

Kerr, former Billiton chief financial officer, said South32’s assets, which have a more limited resource life that those left with Billiton, meant it would have to be “more nimble, more entrepreneurial and more agile” in order to respond to the softer market demand. For example, the company has high quality manganese assets but the metal’s price has dropped by 30% this year.

“Today is a significant occasion; one that we are pleased to be celebrating in what are otherwise ­challenging times for the resources sector,” said Kerr, speaking to the South African media via a teleconference from Australia.

“South32 will start life with a strong balance sheet, along with high quality, well-maintained, cash-generative assets and highly talented people. We will work hard to maintain the trust of our owners and partners as we seek to unlock the potential of our assets and grow value for our shareholders and the communities in which we operate.”

He said the South32 regional model would enable it to improve productivity and performance in a sustainable way. “We will aim to combine strong operational performance with financial discipline as we seek to increase shareholder value,” he said.

The Billiton board believed the value of each company would be maximised if separated and so did shareholders, of whom 98% voted in favour of the demerger on May 7.

But on Monday, international media such as the Financial Times, described the market’s reception of South32 – since listing on the Australian exchange – as lukewarm, while Billiton’s shares also lost value, given that assets were spun-off.

According to Moneyweb, Billiton’s share price dropped about 4% since the the JSE’s opening on Monday.

Speaking at the listing event at the JSE, Donna Oosthuyse, director of capital markets at the exchange, said South32, which listed on the mining sector of the main board, brings the total market capitalisation of the sector to R2.13-trillion, comprising 17% of the overall JSE market capitalisation.

Kerr said that, like any business, South32 would look to operate in politically stable jurisdictions where the regulatory environment is clear, and added: “We believe what government is trying to do, and what the ANC is trying to do, in terms of empowerment ad transformation.”

South32 could likely be targeted for acquisition by other mining companies, but Kerr said he could categorically say “no, we haven’t been approached by anyone”, and added the company would prefer to spend time focusing on things it could control.

Get out of dirty fossil fuel

Secure the future of your children by hitting back at the energy companies holding governments to ransom, writes David le Page.
Read more
Business