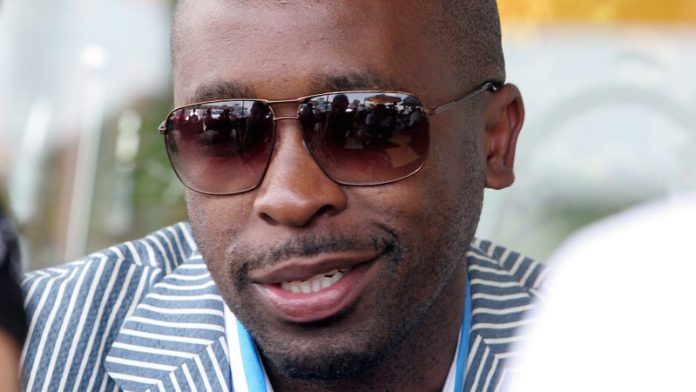 More controversy has surrounded entrepreneur and radio deejay Sibusiso Leope aka DJ Sbu, reports over the weekend reveal. Following last month’s drama, which landed the media personality in hot water with Forbes magazine for creating a fake Forbes cover to advertise his energy drink Mofaya and for his recent arrest over drinking and driving, Sbu finds himself again at the centre of a storm. This time one of the issue lies with insurance company Dial Direct, that created a satirical ad over Sbu’s arrest at the start of May.

“S’bu, avoid more fire,” goes the ad, with the subtext: “Designated Driver Assist allows you to enjoy a night out, without spending time worrying about how you and your car will get home safely.”

According to the Daily Sun on Sunday, DJ Sbu’s lawyer issued a letter of demand to the insurance company. “I highly respect Dial Direct and what they’ve done in the insurance industry. But I’m disappointed by what they have done using my trademarks in this manner,” Sbu said.

In response to Sbu’s reaction, head of Dial Direct Warwick Scott-Rodger said: “We can also confirm that DJ Sbu’s allegations that he has trademark registrations for both his name and his energy drink are, in fact, not true. The Advertising Standards Authority allows for certain satire, parody and humour in advertisements. In our opinion, the advert was merely a humorous take on an already well-publicised event.”

But that’s not where Leope’s drama ended. Monday rolled out even more reports relating to the star. His fiancée Disebo Makatsa – who he has a child with – has called off their wedding planned for later this year, according to Sunday World.

“Makatsa’s relative, who did not want to be named for fear of reprisal, confirmed the businesswoman called off the wedding. The relative said Makatsa called it quits because of DJ Sbu’s frequent late nights,” the tabloid reported.

Hip-hop artist Tumi Molekane will be releasing a track a day over the next two weeks beginning on May 18 as part of an exclusive mixtape collaboration with The Singleton single malt whisky. Each of the ten tracks will be made available for free streaming on SoundCloud between May 18 and May 29. The mixtape, titled Made Of Taste, is a build up to the release of Molekane’s third solo studio album, The Return of the King, which is scheduled for release later this year.

Beyonce, Jay Z and the resistance

Following widespread criticism that rapper Jay Z, aka Sean Carter, and wife, singer Beyonce Knowles, have not been speaking out about highly publicised killings of black people at the hands US law enforcement, a social activist has come to their defence. In a series of tweets on Sunday, the filmmaker and cultural producer Dream Hampton spoke out on how the married celebrity couple “wired tens of thousands” of dollars in support of those protesting against the killing of Freddie Gray, in Baltimore, and Mike Brown, in Ferguson.

“When BLM [Black Lives Matter movement] needed infrastructure money for the many chapters that we’re growing like beautiful dandelions, Carters wrote a huge check,” she wrote.

“When we needed money for bail for Baltimore protesters, I … hit [sic] Jay up, as I had for Ferguson, (and he) wired tens of thousands in mins,” she tweeted after stating: “I’m going to tweet this and I don’t care if Jay gets mad.” But Hampton later deleted the stream of tweets highlighting the couple’s activities regardless of them apparently not wanting to publicise it. The Carters do “more stuff, too much to list actually, that they always insist folk keep quiet”, she revealed.

In an email to the NY Daily Mail, Hampton wrote “I can say I’ve personally helped facilitate donations they’ve given to protesters directly and that they never ask for anything in return, especially publicity.”

He won the hearts of Idols fans with his heart-wrenching story of how he used to live on the streets as young boy, eating from rubbish bins and begging for money and food and then finally finding shelter at the Boys Town home. His album is titled Shaded Soul because he believes “every piece of music has been shaded with soul”.

He gave fans a taste of original content when he debuted his first single, Let Me Love You, which was written especially for him during the Idols competition in 2014. His follow up single is titled My Lady. Shaded Soul features an “eclectic mix of house music, Ballads, hip-hop, a bit of Afrosoul and elements of rock”. Bones worked with artists Ziyon, Kwesta, Reason, RJ Benjamin, Zubz, Jaziel Brothers, Thaso, Buks, Ganja Beatz, Tresor and Zw(A)rt. His album is available on iTunes and in music stores.

Reality stars Kendal and Kylie Jenner were booed on stage at the 2015 Billboard Music awards that took place on May 17. The Jenner sisters and stars of Keeping Up With the Kardashians, were introducing the closing act for the night, which happened to be their brother-in-law Kanye West, when the audience booed them.

They kept their cool and carried on as they introduced West’s performance. He sang two singles, All Day and Black Skinhead, but was hardly visible on stage with all the smoke and bright lighting. According to US Magazine, the majority of the expletive-filled lyrical performance was silenced out by the censors.