Mantashe lashes out at journalists 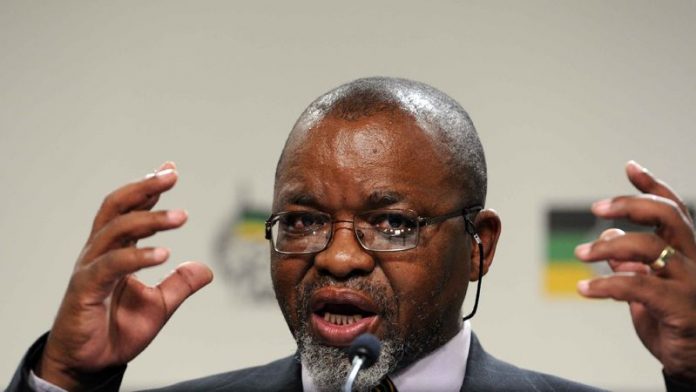 ANC secretary general Gwede Mantashe first personally attacked a journalist at a media briefing on Sunday, before threatening to block all “hostile” journalists.

It all started with a follow-up question on the Marikana report, at a briefing in Johannesburg after the African National Congress’s national executive committee meeting at the weekend.

Mantashe told the Daily Maverick’s associate editor Ranjeni Munusamy that she was ill-disciplined for not hearing his first answer on whether ANC NEC had discussed the Marikana report.

When she asked a follow-up question, he launched into a long lecture, telling her she should not try and be a specialist on the ANC, without answering her second question.

Her follow-up question came after his first answer about Marikana did not reveal much. He said the NEC did not discuss the Marikana report. “I don’t think the president should take a report from a commission to the NEC. He committed himself to release that report to society.”

Mantashe said the report on the police’s role in the shooting deaths of 34 miners at Lonmin platinum mine in Rustenburg in 2012, would be released to “society” and “not to the ANC”.

Below is a transcript of part of the exchange between Mantashe and Munusamy:

Ranjeni Munusamy: Sorry I missed the Marikana reply because it was one sentence but just to …

Gwede Mantashe: No. it wasn’t one sentence … Did you get my point. You were not listening. No, we won’t wait for you. [Ranjeni: But, can I ask one question?] Ask your question but … you were ill-disciplined. Ask your question.

Ranjeni Munusamy: On the Marikana report, if there are major implications for the ANC government, from the report, how would the ANC then process it after it is publicly released? Surely it has an impact on for example your deployment policy? Your monitoring, your oversight over what goes on in the state? That’s why I am asking you. I don’t know if it was because the NEC was too short and that’s why you were saying you need seven days to discuss it so that you would have more  time to discuss it or was it just …

(another question from another journalist)

This prompted Mail & Guardian journalist Qaanitah Hunter to tell Mantashe that he was being patronising to journalists.

He gave a lengthy response about the role of the ANC but then added that the ruling party had a right to refuse journalists interviews.

“If you project yourself as hostile, we refuse to give you an interview … it’s our right. Continue with your hostile stance. I am sharing with you how we deal with you as journalists when you are reckless when you write stories, we won’t give you interviews.”

Mantashe also took a swipe at The Star‘s journalist Lebogang Seale, accusing him of writing predominantly negative stories about the ruling party.

This after Seale remarked that the ANC seemed to pick and choose when it commented on government matters and when not.

“We are not patronising journalists, it would serve us well to respect each other…” Mantashe said in response to Hunter.

He criticised journalists who socialised with politicians.

“It irritates us when you take what you’ve got in your social life and elevate it into being an authority on the ANC.” – News24