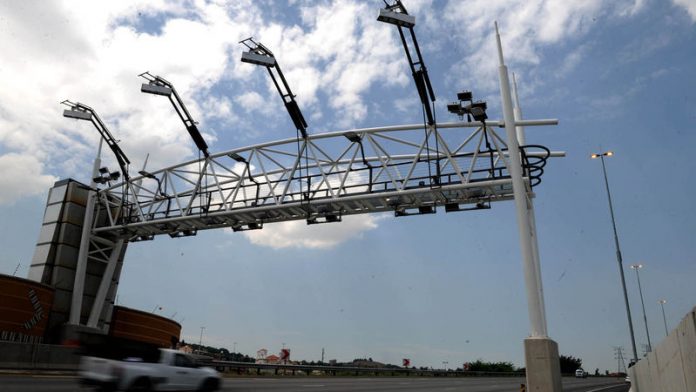 The government has cut the maximum amount drivers will pay in toll fees on highways around Johannesburg and Pretoria following pressure from commuters and labour unions.

Drivers of light motor vehicles will now pay a maximum of R225 a month, 50% less than is currently charged, Deputy President Cyril Ramaphosa told reporters in Cape Town on Wednesday.

Medium-weight and heavy trucks will be charged 50% less at no more than R875 a month, while articulated trucks will pay a maximum of R2 900 a month, which is 17% less than present tariffs.

The South African National Roads Agency (Sanral) started electronic toll roads in Gauteng in December 2013 to help pay for the R20-billion upgrade of 201km of roads. The company owes R71.7-billion in outstanding bonds, interest and loans, according to data compiled by Bloomberg.

The imposition of the fees was delayed for more than two years owing to opposition from unions and other groups, as well as several legal challenges. The roads are not new routes so their base structure had already been paid for with taxes, said the Opposition to Urban Tolling Alliance (Outa), which represents groups that include drivers.

Former Outa chairperson Wayne Duvenage tweeted after the announcement that the new e-toll dispensation was “tantamount to putting lipstick on a pig. People will not be seduced or coerced. Scheme still grossly irrational.”

Sanral is facing a revenue shortfall of about R390-million because of drivers’ failure or refusal to pay the tolls, Ramaphosa said. The government will make up this amount. Car owners with outstanding amounts owed to Sanral will be offered a 60% discount to settle their bills. In addition, motorists would need to settle any outstanding e-toll fees before vehicle licence discs were issued, said Ramaphosa.

The ANC in Gauteng called for a review of the system last year after losing support in the May elections. Finance Minister Nhlanhla Nene said in February that the national government would help offset the costs.

Electronic Toll Collection operates the tolls. The company is controlled by Kapsch TrafficCom, an Austrian maker of toll road systems.

Kapsch TrafficCom said in February last year that it had taken an €8.5-million (about R112-million) write down on part of compensation it was due to receive from Sanral to maintain and run the system. – Bloomberg