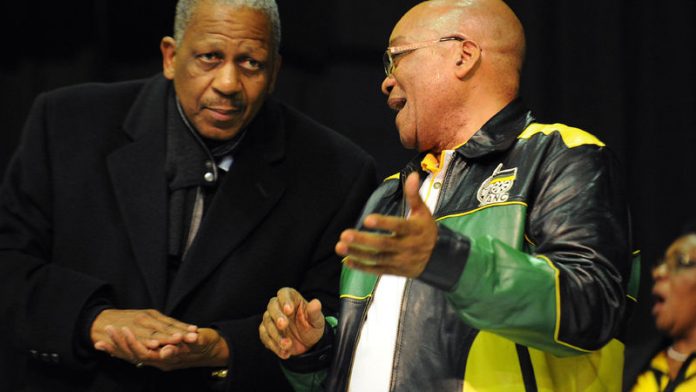 In prepared notes for a speech at the Austrian Business Chamber AGM in Johannesburg, the former ANC treasurer general and Mpumalanga premier named four areas where such stability was lacking.

— BEE policies that are often challenged and inconsistent send messages to [the] investment community.

— Mining policies are costing the industry dearly, with investment now going elsewhere in Africa, such as Zambia, Mozambique and Angola, among others.

— Agricultural development policy, coupled with land reform, not been settled since 1994 is leading to reduced output.

This needed to change, as a general lack of policy stability leads to political, social and economic uncertainty. Policy stability in contrast created an “investment friendly culture where every investor feels protected and free to do business”.

Another area needing change was the education sector. In his notes, Phosa said investment in the sector should focus on the skills required by the economy and be the instrument of empowerment.

This could be done by introducing more active, educated and skilled entrepreneurs and company executives, with education forming the centre of the development of South Africa’s people and the country as a whole.

Foreign direct investment
Administration should be simplified and barriers to entry removed to ensure investment and so that a “citizen friendly development state is fully established”.

Further, South Africa needed to be clear about its fight against corruption. Those found guilty of graft and other administrative trespasses should be removed, while whistle-blowers and Constitutional institutions such as the public protector are themselves protected.

The affairs of Parliament itself needed to be conducted with dignity, for both the institution as well as the electorate.

“We must focus our intention on developing a skilled civil service removed from political influence that is efficient, effective, well trained and astute in leadership,” Phosa noted.

The civil service should be focused on delivering quality service, be intolerant of corruption, and always work on creating streamlined processes to eliminate waste, delays and rework.

For South Africa to grow its place in Africa and the world, Phosa noted that it needed foreign direct investment to create:

— A stable and fully functional electricity supply and distribution network;

— A water storage and distribution network that will ensure South Africa’s water requirements are adequately met; and

Agriculture sector
Regarding access to water, land, and agriculture, Phosa noted that “the impact on urbanisation and the growth of our cities, with infrastructure investment requirements, needs to be examined”.

Ensuring universal access to water was vital in order to address food security and improve nutrition, yet recognition of the links between water and food were too often missed.

However there were many challenges facing water security, food security, and nutrition presently and in the future. Investment was needed in agriculture and machinery, to ensure food security was maintained.

This was connected to land reform and access to skills, skills retention and development in the agriculture sector.

“Our farmers and the assets used in [the] production of outputs must be protected, and they must be assisted in the production of food and the protection of our scarce environmental resources,” he noted. — News24