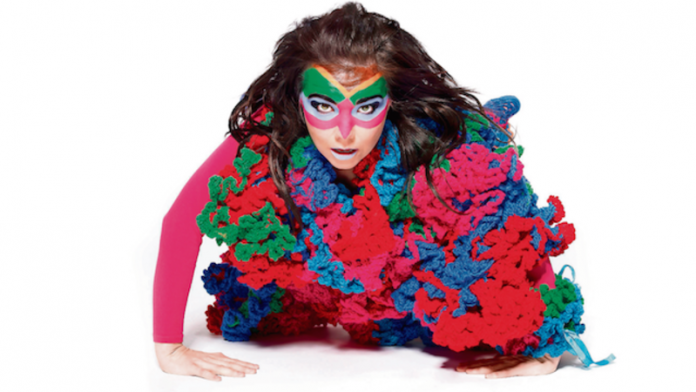 When Björk expressed fears through Facebook that her then upcoming 2011 album, Biophilia, might be “too self-indulgent”, fans and critics alike groaned. In addition to her notorious avant-garde outfits, the Icelandic singer was to push the boundaries of music itself with her “app-album” concept – a confusing mix of interactive sounds, visuals and game play.

It’s refreshing then that the “app-album” format has been abandoned for her latest album, Vulnicura, which is more lyrically and musically accessible than Björk has ever been. Lyrically, Vulnicura is an outpouring; the album comes in the wake of Björk’s break-up with New York artist Matthew Barney, and her emotions manifest in waves of pain, ­frustration and teenage angst that seem incredibly poignant coming from a singer known for revelling in ambiguity.

Musically, Vulnicura is a slick feast of ambience as Björk teams up with British producer the Haxan Cloak, a multiskilled musician best known for “cloaking”, to use a fitting verb, everything he touches in a weirdly ominous black fog.

Unlike in her fledgling days, there is now a recognisable Icelandic sound for Björk to slip neatly into. Opening track Stonemilker features a heavy violin backing and Björk’s flitting voice harmonises perfectly. Credit should be given to fellow ambient pioneers Sigur Rós, who have helped map out a landscape of drips, booms, pings and cracks that seem ingrained in both the music and the geological beauty of Iceland.

A positive to come out of Biophilia was the revelation that Björk has an economic intelligence that makes most “topical” musicians look pretty stupid; she tackled Iceland’s financial implosion with a bold and competent authority, and her appointment as a social representative could well be a motivation behind making Vulnicura such a patriotic display of Nordic ambience.

Beauty can come with volatility, however, and 2010’s volcanic eruption of Eyjafjallajökull, one of Iceland’s smaller glaciers, which disrupted flight paths on both sides of the Atlantic, showed that the fire in Iceland’s belly is not a force to be ignored.

Björk knows better than anyone that the boundary between voice and instrument is undefined, and she dances over drum-and-bass loops, oppressive strings (all arranged by Björk herself) and electronic convulsions that range from volcanic to glacier-like with her trademark clipped, self-invented syllables and heartfelt English/Icelandic lyrics.

Fans of the criminally underrated Krautrock group Can will appreciate her similar dips into aesthetically gratifying sounds that belong to no particular language at all.

Quicksand and Black Lake are both standout tracks, and both use the dark textures of the Haxan Cloak to their full potential.

Black Lake is particularly atmospheric, with its 10-minute length climaxing in a single note noise experiment.

A less obvious track recommendation is the simple yet oddly pleasing Atom Dance. Again, violins and cellos cut out a harsh, jumping beat, and the Cloak applies thick layers of minimalism while Björk sheds, as she puts it, “dead layers of loveless love” to rise beyond the dark clouds of her emotions.

It highlights Vulnicura as a collaborative project between Björk and the Cloak, and the synchronism in the ebbs and flows of their music is effortless.

For fans of bleak, raw yet strangely emotive electronica, this is a benchmark album.