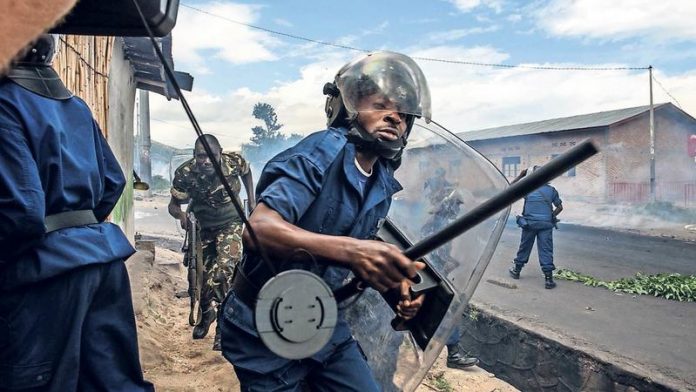 The central African nation of Burundi may be small compared with its larger neighbours, but the crisis unfolding there has the potential to escalate into a wider conflict if not contained swiftly.

The president, Pierre Nkurunziza, famous more for his passion for football and Bible-thumping orations than his leadership ability, had a coup attempt launched against him last Wednesday morning. The mutiny by a section of the military was not too surprising. In common with elites in a number of countries across Africa, Burundi’s leaders have found that a young, aspirational, increasingly well-informed population is not content to tolerate a largely ineffective and unresponsive government.

The immediate cause of the crisis was Nkurunziza’s ambitions to extend his hold on power by seeking a third term, despite the Constitution and the 2006 peace accord – which ended a 12-year ethnic-based conflict that claimed 300 000 lives – stating that a president should serve only two terms.

Nkurunziza’s insistence on trying to stay in office despite considerable international pressure triggered weeks of demonstrations that led to the deaths of at least 22 protesters.

Yet the wider danger lies in the unresolved and poisonous legacy of the 1994 genocide in neighbouring Rwanda, in which up to 800 000 people, mainly members of the Tutsi minority, were slain in less than 100 days. Many of the Hutu gangs that carried out the genocide crossed over into the Democratic Republic of Congo (DRC) after they were routed by Paul Kagame’s Rwandan Patriotic Front. The activities of these so-called Hutu power militias, known by their French acronym FDLR, are an obsession in the Rwandan capital, Kigali, where the administration believes they are intent on a murderous return to Rwanda.

The last time the Rwandan army crossed into the DRC to pursue members of these groups, the conflict lasted years, drew in nine countries, about 20 armed groups and caused more than five million deaths, mainly through disease and starvation.

Burundi, like Rwanda, has a significant Tutsi minority. The current unrest has not yet taken an ethnic turn – many of the senior figures opposing Nkurunziza’s third term are from his own Hutu group.

But the danger is never far from the surface because there are too many guns and too many groups operating beyond the country’s security services. And there is a great reluctance from locals to discuss politics with strangers.

Campaign of intimidation
The Imbonerakure, a feared militia allied to the ruling party, has been accused by Amnesty International of a campaign of intimidation against critics. A leaked United Nations report indicated some elements within the military have supplied the group with guns. Some reports have cited anti-Tutsi leaflets being circulated in the north of the country.

Rwanda’s foreign minister has claimed that FDLR members are crossing into Burundi from the DRC and has demanded that Burundian authorities stop them setting up camp there – almost certainly the first stage in justifying Rwandan intervention if there are indications of mass killings.

Though Nkurunziza now claims to be back in control of the country, regional and international authorities need to act fast to stop any re-escalation of the situation. The best option is for Nkurunziza to be persuaded to step down and allow the formation of a caretaker government.

In this scenario, a country such as South Africa would offer him asylum and guarantees of security and possibly immunity from prosecution. This would open the window for negotiations and avert the complete break-up of the military. Examples from Côte d’Ivoire to Somalia illustrate the dangers of extended conflict between rival wings of the military.

The African Union often demands that it should be allowed to sort out problems on the continent and the crisis in Burundi offers it that chance. Major regional powers must have the courage to tell Nkurunziza that his time is up.

And any other leaders across the continent plotting to extend their hold on power must also learn that restless, young and demanding populations won’t be as accommodating as older generations were. – © Guardian News & Media 2015

Omar Essack leaves the 702 and 94.7 owners after a protracted standoff with the board
Read more
Advertisting
Continue to the category
Analysis