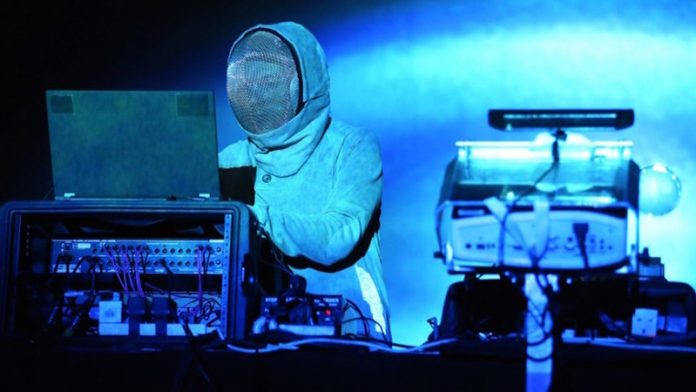 Electronic music has enjoyed soaring growth in recent years, but to detractors the genre consists of little beyond crowd-pleasing DJs clicking play on their computers. But several leading artists are seeking to combat perceptions with a renewed effort to emphasise the human element behind the music.

Richie Hawtin, a leading force in techno music, on his latest tour has gone not only to clubs but to college campuses where he brought fellow DJs to lecture. Hawtin, a British-born Canadian who has performed as Plastikman, is known for his minimalist techno, but says that honing his style took time.

“As big as the scene has become and as easy as it is to get involved … to go beyond that and to find your own unique voice or sound is quite difficult,” he told a hall full of aspiring electronic artists at New York’s New School.

“Well, it can be, but it shouldn’t be,” said Hawtin, who spearheads summer techno bashes on the notorious Spanish party island of Ibiza.

The lecture tour featured workshops for students and was supported by manufacturers of equipment. But Hawtin’s message was different – it is most critical to discover a voice in the studio.

“Our instrument keeps changing and evolving and there always seems to be someone – a friend or a manufacturer – trying to entice you that there is something new that you have to get to sound great,” he said. “But you can spend all the time chasing that and never having enough to find yourself.”

A study presented last year at the International Music Summit in Ibiza found that the industry was worth $6.2-billion, soaring from $4.5-billion a year earlier. Around two-thirds of the revenue from the electronic music industry came through festivals and clubs, with growth especially strong in India, the study found.

Among reasons for the high profit margin is the relatively low overhead for many DJs, who can fly to international events easily with their equipment. But Francois Kevorkian, a pioneer of house music, told the students it was a mistake to think that expensive equipment was key to success.

The French-born DJ, a longtime staple of the New York club scene under the stage name Francois K, saw the need for the human element first-hand when he mixed Depeche Mode’s blockbuster 1990 album Violator.

He said that he bought a $3 gadget from electronics chain Radio Shack that gave a warbly touch to singer Dave Gahan.

Music executives were ecstatic, thinking he had invested thousands of dollars in hi-tech equipment, he recalled. “It’s not that at all – it’s more the idea that you want to experiment,” Kevorkian said.

Pushing the limits
While catchy dance music has fueled the boom in festivals, the British artist Squarepusher has tested the limits in a different electronic direction with a complicated web of sometimes jarring blips and beeps set to frenetic drum loops.

Squarepusher, who used his background in jazz to bring a radical take to drum-and-bass starting in the 1990s, went a step further on his new album, Damogen Furies, by designing his own software system.

Squarepusher, whose given name is Tom Jenkinson, had been working for years to create the system and also performs a customised six-string electric bass. Reflecting on his music’s sonic jungle, Squarepusher designed a visual live show in which he wears a mask with flashing LED, although more recently he has performed in what resembles fencing attire.

Squarepusher released his album last month at a small gallery on New York’s Lower East Side, where he performed behind a screen of projected images and pinned up a manifesto on the outside wall. Squarepusher’s manifesto said that he recorded Damogen Furies in a single take, seeking a live feel through his new system.

“The initial impetus to develop it came from a need to free myself from the constraints of using off-the-shelf gear and the culture of consumerism that engulfs electronic music making in particular,” he wrote.

Instead the music “is presented in defiance of the path of least resistance”. – AFP