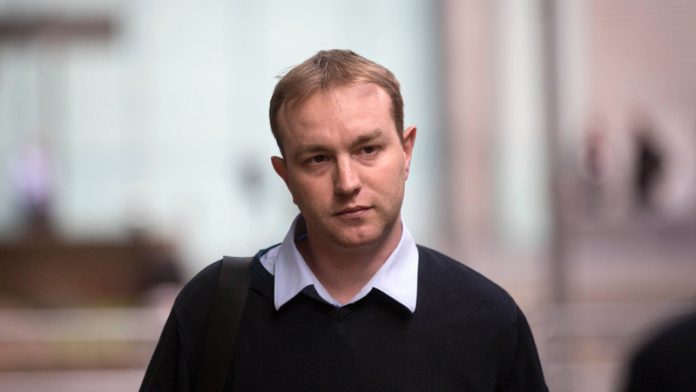 Thomas Hayes was the “ringmaster” of a global conspiracy to manipulate benchmark interest rates that involved as many as 25 people, including his half-brother, a prosecutor said this week.

Over a period of four years, Hayes bribed, cajoled and begged traders and brokers at more than half a dozen firms to skew the London interbank offered rate (Libor) – a benchmark interest rate – to benefit his trading positions, prosecutor Mukul Chawla told jurors on the first day of Hayes’s trial in London.

It is the first criminal trial linked to the manipulation of a key interest rate for personal profit.

“The point is you’re greedy,” Hayes said in a 2013 interview with British investigators that Chawla played for the jury.

“You want every little bit of money you can get [because] … that’s your performance metric,” he said.

Hayes is accused of eight counts of conspiracy to manipulate Libor, the benchmark used to value more than $350-trillion in loans and securities, between 2006 and 2010. The former trader, who worked at banks including UBS Group AG and Citigroup Inc, has pleaded not guilty to the charges.

Hayes (35) colluded with coconspirators at banks including HSBC Holdings Plc, JPMorgan Chase & Co and Deutsche Bank AG, and interdealer brokers, to manipulate the yen Libor interest rate, prosecutors say. More than $9-billion in fines has been levied around the globe.

“His motive was a simple one: greed,” Chawla said.

Chawla played jurors what he said was a confession by Hayes made during 82 hours of interviews with the Britain’s Serious Fraud Office during its investigation of the case more than two years ago.

“I mean, I probably deserve to be sitting here because, you know, I made concerted efforts to influence Libor,” Hayes said in a 2013 interview.

In another recording, from 2009, Hayes asked a broker to approach his colleagues and ask them to put pressure on the banks that set the Libor rate to lower their three-month yen submissions. After the broker agreed, Hayes promised, if he kept getting assistance, “it will come back to you in spades”.

Hayes then explained that he rewarded brokers for their help. Chawla told the court this was a reference to “wash trades”, a series of transactions that cancelled each other out for the sole purpose of getting the broker a commission.

“Hayes wanted his brokers to exert pressure, to use their influence with the panel banks to get them to submit their Libors in ways that were helpful to Mr Hayes’s trading positions,” Chawla said.

The idea of using his contacts in the market to influence Libor first came to Hayes following a conversation with one of his brokers in early 2007, Hayes said in the 2013 interview.

Hayes had been explaining that he had a large position coming up when his broker offered to try to influence the yen Libor rate to help him out. “It started from there,” Hayes said in the interview.

Hayes graduated with a degree in engineering and mathematics in 2001. He started his career at the Royal Bank of Scotland’s graduate trainee programme later that year, before moving to the Royal Bank of Canada in 2004. He joined UBS in 2006 and then went to Citigroup in 2009, before being fired in 2010.

The judge told the jury that Hayes has been diagnosed with a mild form of Asperger’s syndrome and has someone sitting next to him to assist him should he need it. For that reason he is not in the dock, where defendants usually sit, the judge said.

The trial is scheduled to last 12 weeks. – © Bloomberg