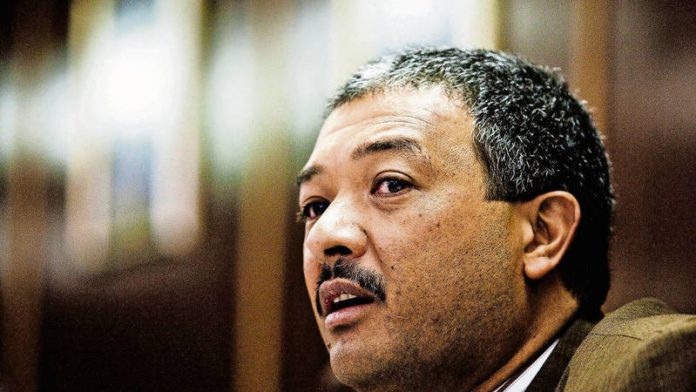 The division reported primarily to controversial deputy national director of public prosecutions Nomgcobo Jiba and the rendition case was code-named “Project X” in internal reports on the investigation’s progress.

The division is headed by advocate Anthony Mosing, described by one senior NPA source as “Jiba’s go-to guy” on politically sensitive cases.

Mosing did not return calls when approached for comment.

The division is little-known even to senior NPA staff. AmaBhungane traced one public reference to the division, from the NPA’s 2012-2013 annual report, during Jiba’s tenure as acting prosecutions boss. That report notes that, to “enhance efforts to address corruption in Limpopo, a team of dedicated prosecutors in the special projects division in the office of the national director were mandated to deal with these cases … with the Hawks”.

Malema’s case influenced
At this time Limpopo was seen as a hotbed of support for ANC renegade Julius Malema. The provincial administration of then-premier Cassel Mathale was seen as a Malema piggy-bank needing to be shut off. Malema responded: “My prosecution on racketeering was issued by [Jiba]. She is not suitable to be an acting NDPP … Now they want to remove Nxasana … [they want Jiba to be the new NDPP]. If they can’t succeed in putting her there, they will appoint someone they can control.”

Other cases with which Mosing has been associated add to the perception that the division was trusted with “political” cases. The Mail & Guardian reported in July 2012 how Mosing and Jiba ally Lawrence Mrwebi were key to interventions that saw charges withdrawn against President Jacob Zuma’s allies in the Amigos case.

The prosecution involves an alleged corrupt donation to the KwaZulu-Natal ANC in return for tenders in the provincial department of health.

Jiba’s decision to sign off racketeering charges, allegedly without having evidence before her, is the basis for the criminal perjury case against her.

Legal battle
The existence of the special projects division and its role in the rendition case has emerged from the legal battle between Police Minister Nathi Nhleko and suspended independent police investigative directorate (IPID) boss Robert McBride.

Attached to the minister’s affidavit answering McBride’s challenge to his suspension are two reports from Mosing as “Head: Special Projects Division”, including one dated February 13 2014 and marked “Project X – final”, addressed to Jiba and South Gauteng prosecutions chief Andrew Chauke. It contains Mosing’s recommendation on the evidence in an attached docket and a report from the IPID investigator Innocent Khuba, of January 22, a summary of facts in the rendition case for Chauke to make a decision on prosecution.

The Hawks’s operation was led by Colonel Leslie “Cowboy” Maluleke, alleged to have flouted deportation and extradition laws in transporting the suspects to Beitbridge and handing them over to Zimbabwean authorities. At least four of the five are suggested to have died while in Zimbabwean custody.

Gauteng Hawks boss Shadrack Sibiya was placed on the scene in statements from several crime intelligence members involved in tracing the suspects.

Mosing recommends charges against Dramat and Maluleke, but notes “cellphone evidence, however, does not corroborate [Sibiya’s] presence during the operations”.

The January 22 IPID report was used by Nhleko to suspend Dramat in December last year – and is now the subject of disciplinary and possible criminal charges against McBride, appointed IPID director in March 2014.

McBride in trouble
Mcbride is accused of conducting a cover-up for Dramat by ordering the docket to be retrieved from the NPA and presiding over the delivery of a revised IPID report in late March, which purported to exonerate Dramat and Sibiya.

Dramat and McBride have claimed the action against them is driven by a bid to derail investigations in high-profile, politically sensitive cases, though neither Dramat nor McBride has backed up their claims so far.

“[Dramat] alleges the case is a ‘smear campaign’ against him for cases the Directorate for Priority Crime Investigation (DPCI) is involved in … He wants somebody who has ‘no vested interest in the outcome of the decision against him’ to decide the matter. Although it is not clear to me which matters he is referring to, it can safely be assumed it is a reference to, among others, the Mdluli matter.”

Nhleko’s court papers show that the nexus between crime intelligence, Mosing and the investigation of Dramat was also one of the chief concerns cited by McBride in relation to the IPID case.

McBride states his case
In his interview with Werksmans, the law firm appointed by Nhleko to probe IPID conduct of the investigation, McBride said: “My issue … was firstly [that] crime intelligence was involved in the case from the beginning … The second issue was that my predecessor, acting director Ms Mbeki, had told Khuba: ‘Mr Khuba, just report directly to me, don’t report to [the chief investigator]’ …

The Werksmans report revealed that the “intelligence guy” – identified as Colonel Botsotso Moukangwe – had told the law firm that by the time Khuba got involved “the majority of the work had already been done by crime intelligence”.

The Werksmans report disclosed that Moukangwe had asked that his name not be included in the report. The special projects division, Werksmans noted, “was tasked to provide guidance to Khuba and Moukangwe during the course of their investigation”.

McBride has until June 12 to respond to the minister’s affidavit.

It is believed that Dramat, who was this year discharged in terms of the South African Police Services Act and has never given his side of the story, may also file a response to Nhleko.

On Tuesday the Supreme Court of Appeal dismissed an application by acting Hawks boss Berning Ntlemeza for leave to appeal a Pretoria high court order to allow Sibiya to go back to work.