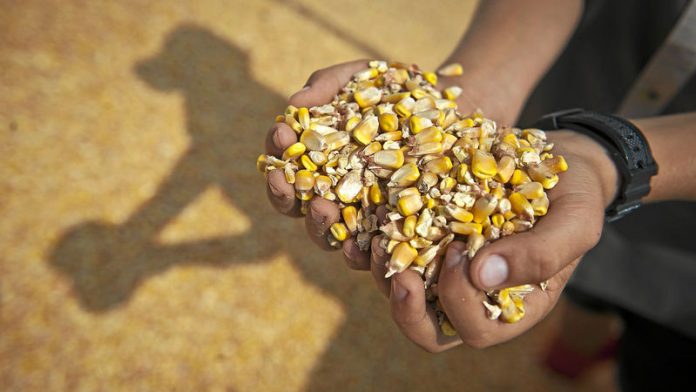 This was evident in the economic growth figures released on Wednesday, which saw gross domestic product rise by a lower than expected 1.3% in the first quarter of the year. Year on year, the economy grew at 2.1% and most of the growth came from the mining sector.

The agricultural sector declined by “a substantial” 16.6% from the previous quarter, aggravated by poor rainfall in key maize-growing areas, he said. Manufacturing, which had been hit by regular load-shedding, declined by 2.4% quarter on quarter.

Finance was the only sector to continue to post ever-stronger growth, emerging market analysts at Nomura said. Compared with the same period in 2014, finance, real estate and business services increased by 2.7%.

Statistics South Africa said a decline in government employee numbers had also negatively affected GDP figures. Thousands of civil servants resigned during 2014 and into 2015 over false rumours about pension fund reforms, and the declining numbers showed up in the growth figures.

The government services sector shrank by 0.8% in the first quarter of 2015. According to StatsSA, it is the second-largest sector, superseded only by the finance and business services industry. The agency calculated that, if the sector had expanded by 2%, the economy would potentially have grown by 1.8%.

The nominal GDP at market prices during the first quarter of 2015 was R965-billion, which was R14-billion less than in the fourth quarter of 2014, StatsSA said.

South Africa’s anaemic growth is also weighing down its neighbours, according to the 2015 African Economic Outlook, released by the African Development Bank, the Organisation for Economic Co-operation and Development and the United Nations Development Programme.

South Africa’s low growth is reducing overall growth in sub-Saharan Africa by about three-quarters of a percentage point, the report said. Southern Africa’s growth slowed to less than 3% last year and “only a moderate recovery is projected for 2015 and 2016”. By comparison, West Africa achieved relatively high economic growth of 6% in 2014, despite the outbreak of Ebola in the region, the report said.