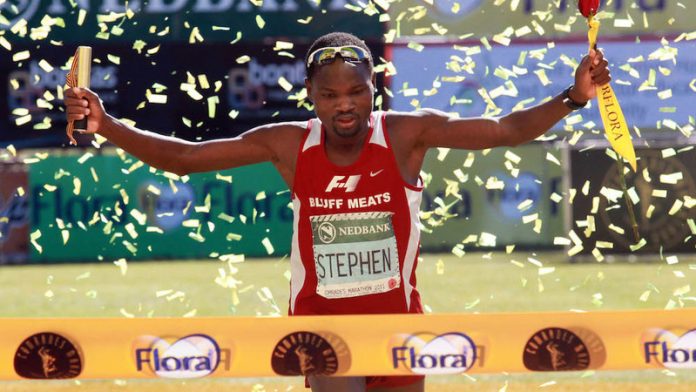 “The Comrades up run poses one of the toughest challenges in running anywhere in the world,” writes Comrades Marathon coach Lindsey Parry in an article titled The good, the bad, the beautiful and the ugly of the Comrades up run, published in the event’s 2015 souvenir magazine.

“There are longer races and races with steeper climbs but there are very few that combine the distance and difficulty of this race. Yet it attracts the biggest field of any ultramarathon in world, coming from the most diverse backgrounds, all seeking the same Holy Grail.”

On Sunday morning, more than 20 000 men and women will brave Cowies Hill, Fields Hill and Botha’s Hill, as well as other climbs – some gentle, others not so gentle – as they make their way from Durban to Pietermaritzburg in the 90th Comrades Marathon.

Tough challenge
And it wouldn’t be easy to reach the finish line first, said nine time Comrades champion Bruce Fordyce. “The up run is a slower, more tactical race. It shows you who the best runner is, because it’s such a tough challenge.”

He would know – six of his nine victories were on the up run.

Last year, Bongmusa Mthembu of the Nedbank Running Club KZN finished first in a time of 5:28:34. But Fordyce said it was difficult to defend a Comrades title. “People feel the pressure and crack under it – they may even train too much.”

But Craig Fry, the coach of Stephen Muzhingi, the champion in 2009, 2010 and 2011, said Mthembu had something to prove. “He has a best finish in the up run of 12th, but he has something to prove and has a goal to be the first South African since Bruce Fordyce to win up and down runs consecutively.”

Injuries overcome
Fry, the manager of Fast Way Athletics Club, said Muzhingi, who hails from Zimbabwe but has been running in South Africa for many years, was in great shape and had overcome some niggling injuries. “From all the competitors, he knows how to win the up run, as he has experienced this coupled with two additional wins.”

“The up and down runs are completely different, given the course profiles. But the up run is all about strength and he definitely has this in his favour.”

Fry said Muzhingi had worked hard for Sunday. “He has done the hard miles and the required strength work for the up run. Many sessions are done in secret but he has been dedicated and focused for this year’s race.”

He had advised Muzhingi to run as they had trained and to stick to the race plan. “Run how we planned and trained and the result will take care of itself.”

Fry said another competitor to look out for was the 2013 winner, Claude Moshiywa. “He is the defending up-run champion and is vastly experienced.”

He described the 2012 champion, Ludwick Mamabolo, as a “class act”. “He has run four races all in the golds with a win.”

Moshiywa said his goal was to win the Comrades this year. “I have been training for the past few months. I have recovered from my injuries and any time below 5:30 will be fine for me.”