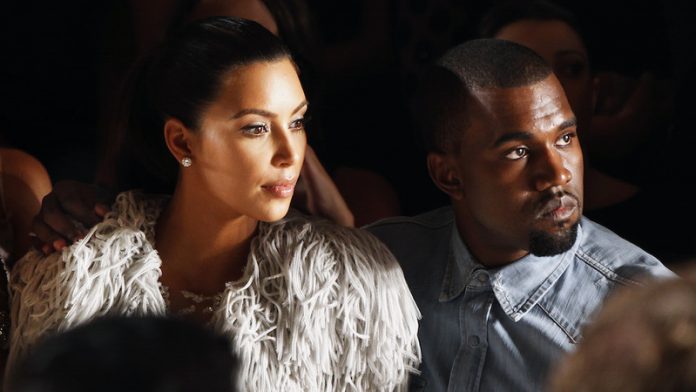 Reality star Kim Kardashian announced news of her pregnancy on the reality show Keeping Up With the Kardashians, which was aired on the evening on May 31. Kardashian, who has a daughter with hip hop artist Kanye West, made the announcement at the end of the show, where she is shown hearing the exciting news during a doctor’s appointment before sharing it with her younger sister Khloe Kardashian, according to  E! News.

“I just got the blood test back, and I am pregnant!” Kardashian revealed. Despite her “difficult” pregnancy with daughter North, she has been eager to grow her family with West. In an interview with  E! News, in early May, Kardashian speaks about her efforts to fall pregnant with a second child.

“We are trying. We try every single day. You can’t try harder than we try,” she told E! News. “But we’re literally trying everything that we can to make it happen, so I’m to the point now where it’s not as stressful to me. And maybe that’s when they say it happens.”

Exhaustion seems to have caught up with hip hop artist AKA, born Kiernan Forbes. The All Eyes on Me star, posted a picture of himself on May 31 lying in a hospital bed with the caption, “exhaustion”.

He later assured his followers that it was “nothing too serious”, he just has to “take it easy”. Forbes, who was recently announced as a nominee for a BET award, along with the group, The Soil, in the category best international act, has also been shooting episodes for the Vuzu AMP talent show, The Hustle. Forbes, along with rappers Khuli Chana and Tumi Molekane form a judging panel that’s in search for a new hip hop star. The Hustle will be aired on Tuesday, 14 July 2015 at 19:30 pm.

Radio personality and entrepreneur Sibusiso “DJ Sbu” Leope opened the doors of his dreamy house for the very first time to the SABC3 Top Billing crew in 2014. But it turns out the star was just renting the property. Sunday World newspaper reported that the “R8-million golf estate house [Eagles Canyon Golf Estate in Honeydew], which he gloatingly flaunted as his own on the SABC3 flagship programme Top Billing last year, is in fact not his property”.

The property allegedly belongs to Roz Everitt, the co-owner of international property group Chas Everitt and is reportedly on sale. A “source close to the couple” told Sunday World that Leope “publicly announced that the house was his after he and his fiancée, Disebo Makatsa, signed a deal with Chas Everitt to rent the house with an option to buy it”.

Leope has recently been making headlines for all the wrong reasons; like getting dumped by his fiancé and being arrested for allegedly driving under the influence of alcohol.

Comedian Loyiso Gola has joined the cast of Australian satirical show The Weekly with Charlie Pickering and made his debut on the show on May 28. His first appearance on the show was to discuss the “new nation of North Sudan”. The show’s format, according to  The Guardian, features the week’s news, interviews and skits from correspondents – a format similar to Late Nite News with Loyiso Gola. The Weekly team includes comedians Kitty Flanagan and Tom Gleeson.

Charlie is joined by the hilarious @loyisogola to discuss the new “nation” of North Sudan. #TheWeekly https://t.co/3djozlPa27

Hip hop artist Kendrick Lamar was recently honoured by the California State Senate with the 35th Generational Icon Award. During an interview on the Ellen DeGeneres Show on May 27, Lamar spoke to DeGeneres about what the award means to him.

“It means everything to me because I know there’s a lot of kids in my neighbourhood that’s watching TV and saying “you know what? I want to be a positive influence just like Kendrick Lamar or whoever is out there doing something for the good of the culture and for music”, so it’s everything.”

Lamar also spoke about his collaboration with pop-singer Taylor Swift on the single Bad Blood. “She [Taylor] reached out and I’ve always been a fan of hers and she was a fan of my music and she reached and we got it done.” Lamar also gave an impressive performance on the Ellen show where he had a couple dancing on stage and an artist painting on a canvas while he performed These Walls.  Check out his performance below: